Magician Jay Owenhouse won approval Wednesday to set up a six-month show on this parcel of land across from the Mandalay Bay Convention Center and in the shadow of McCarran airport. Animal welfare advocates are concerned. Darcy Spears investigates. 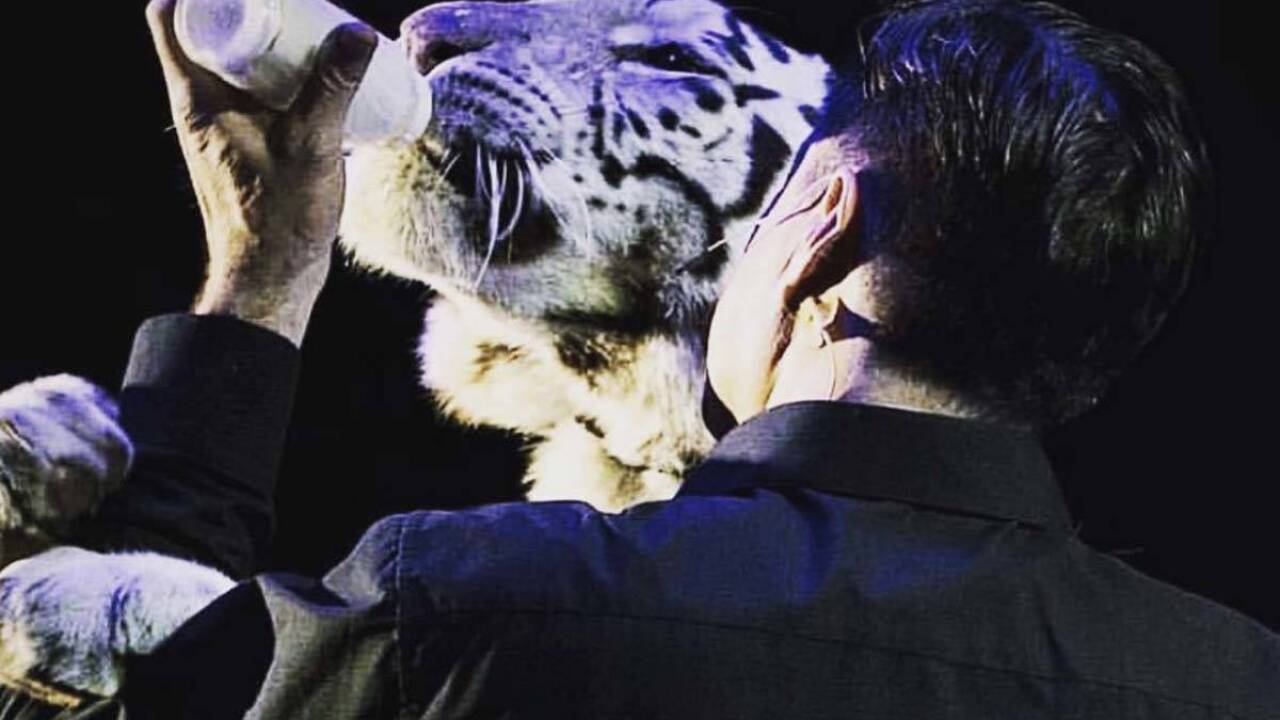 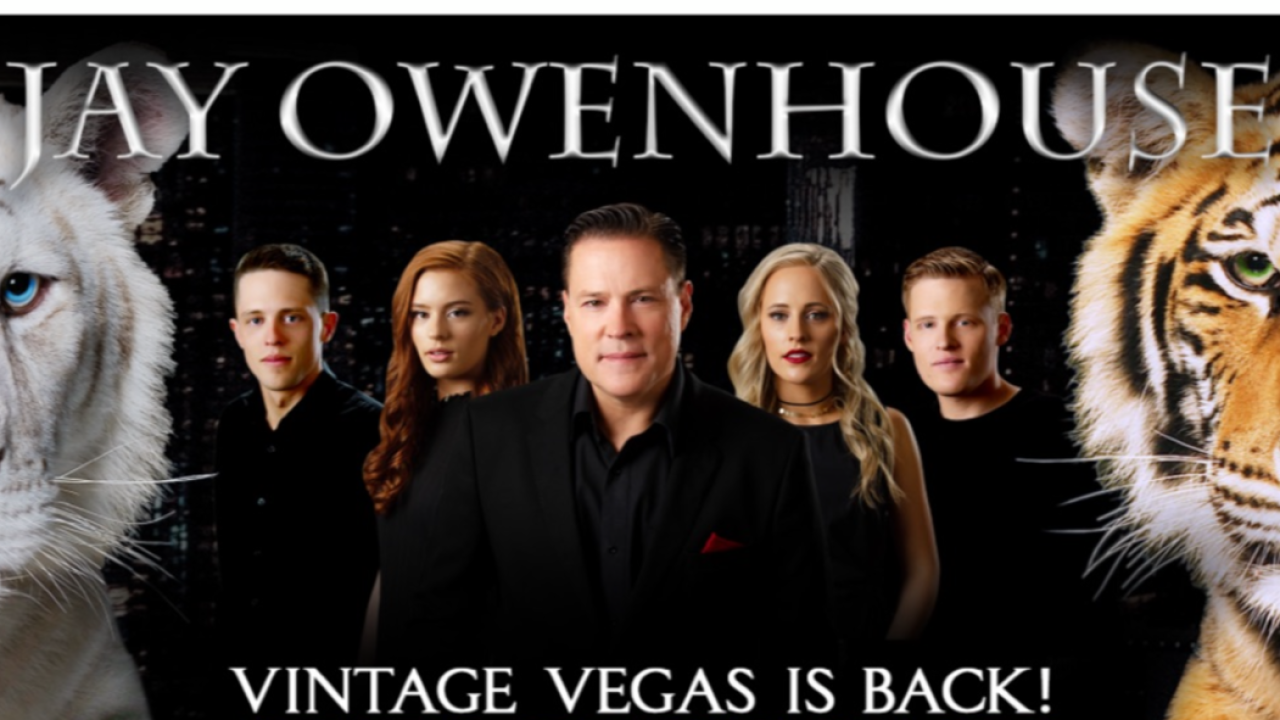 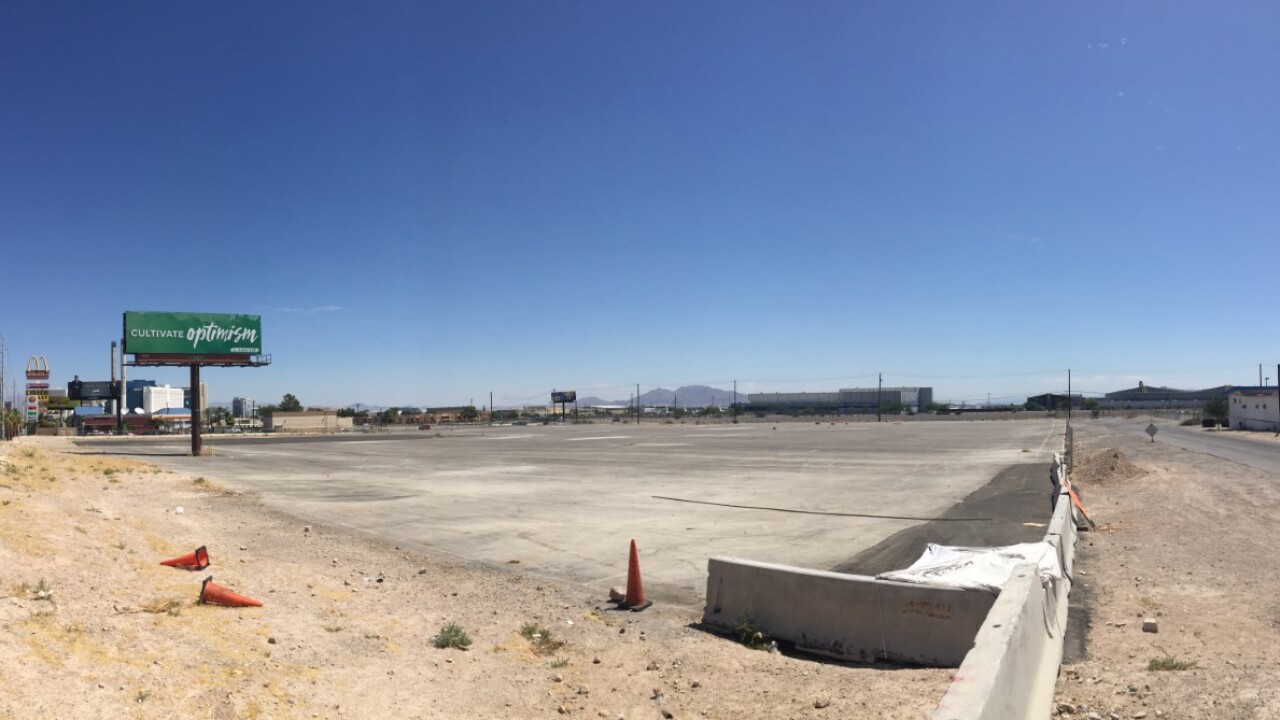 County commissioners approved the tent show despite opposition from the public and members of the county staff.

Animal welfare activists are up in arms... suspicious as to how this deal went through.

The tigers are majestic, the illusions amazing and the spectacle... well... spectacular.

Still, critics have been quick to pounce on this new plan.

"It just cheapens the Strip to put up a plastic tent with a sideshow. That's how it's perceived. What are we doing?" asks animal welfare advocate Linda Faso.

Magician Jay Owenhouse won approval Wednesday to set up a six-month show on this parcel of land across from the Mandalay Bay Convention Center and in the shadow of McCarran airport.

"We're excited to bring our show to Las Vegas. We feel this is the perfect time," said Owenhouse. "It's a privilege to be part of Las Vegas' road back."

Arguably Vegas' most beloved magician, Horn was severely mauled on stage and nearly killed by one of his own trained tigers during the Siegfried and Roy show at The Mirage in 2003.

RELATED STORY: Roy Horn, of Siegfried & Roy, passes away of complications from COVID-19

"What happened on stage to Roy Horn for all of us to see should've been some type of a precursor that there's something wrong with this," said Faso.

"I'm especially concerned not just with public safety, which is number one," Gibson said, "but about the training and the safety of the animals."

But Gibson then said, despite the initial denial recommendation, it became clear Owenhouse was making every effort to comply with county code, ensure public safety and keep the animals safe and properly trained.

Not everyone’s taking the bait.

"Anytime you're going to train a tiger, it can't be done with cookies. They just don't react to it. There has to be some form of punishment," said Faso. "You can try to be as gentle as you want to be, but the bottom line is these cats don't want to perform, so they have to be forced to perform. All that goes on behind the scenes. It's something we will never see. These tigers are not entertainers, they're predators! They're dangerous, they're explosive, and they just don't belong on stage."

While Owenhouse has them on stage, the big cats will be restrained around the neck with a metal aircraft tether at all times, which the illusionist says protects the viewing public from harm.

"In the case that we had a problem, it would prevent the most serious things from happening," said Commissioner Gibson. "So I'm convinced that this doesn't pose a hazard and that everything that I ought to be thinking about is considered."

Many respected animal welfare advocates have weighed in.

They point out, any tiger, no matter how it's raised, is not domestic.

Owenhouse travels the world with his tiger magic show.

His home base is in Bozeman, Montana, where he has what he calls a tiger sanctuary.

He says his act gives people the chance to see and appreciate Bengal tigers so they're moved to help with conservation in the wild.

He told commissioners, "In 25 years I've never forced any of our tigers to perform. It's always their choice."

We tried to ask how he knows the tigers want to perform, but he did not respond to multiple calls, texts and emails after our initial on-camera interview.

But in Las Vegas, three tigers will be doing two shows a night for six months while living at the site on Las Vegas Boulevard.

"It has two swimming pools, waterfalls, it has a climate control system for the animals."

Commissioners voted 7-0 in favor of the show.

Linda Faso says the timeline of events concerns her.

"I don't know why a man would move his family here for a few months and start to set up and get things rolling for a show that hadn't even been approved yet. What did he know that we didn't? It just seems very suspicious that he felt like this was a go."

Owenhouse also had a fully produced promotional video to advertise the show ready to go before the county granted approval.

"This guy just came out of nowhere. He has to have some connections in Las Vegas," said Faso.

The county bent its own rules for Owenhouse, including waivers of Strip development standards and Animal Control regulations that say: "The temporary exhibition of inherently dangerous exotic or wild animals must be 20 days or less."

"We have been very intensely vetted by the commission and Animal Control, and rightfully so," Owenhouse said.

Animal advocates call the whole thing a tale of big money and disregard for locals and laws.

Triple Five's James Grindstaff says they vetted Owenhouse extensively and that his show is only the third short-term lease they've allowed on the property since buying it in 2006.

"Hopefully it only lasts six months and he's gone because he's a black eye to our community," Faso said.

The County Commission says Owenhouse can't breed here, but he admittedly gets tigers from breeders, one of whom was featured in the Netflix documentary "Tiger King."

"Arguably he has excellent breeding lines of tigers and whether you think tigers should be bred in captivity or not, he still treats his animals first class," Owenhouse said of Antle.

"People's attitudes are changing about performing animals," said Faso. "If that wasn't the case, Ringling Bros. would've never gone out of business. They didn't sell the tickets. It's just a fading industry and it's an abusive industry.

Some locals have asked the commission to reconsider its approval, vowing protests and other action if the show is allowed to go on.