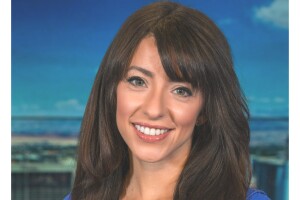 Yasmeen joined the Action News in August 2015. She started her broadcast career in Phoenix, Arizona as a producer.

After working behind the scenes for years, she transitioned to field producing and reporting, eventually landing in Eastern Washington. Yasmeen was an anchor and producer for KAPP/KVEW in Kennewick, covering local, national, and international stories that impacted Washington State.

Originally from Egypt, Yasmeen grew up all over the East Coast, before settling in Tucson, Arizona. She attended the University of Arizona, majoring in media art & public relations.

When Yasmeen is not at work, you can probably find her in the kitchen, trying out new recipes. She also enjoys traveling, reading, trying new restaurants, and rooting for her UofA Wildcats!