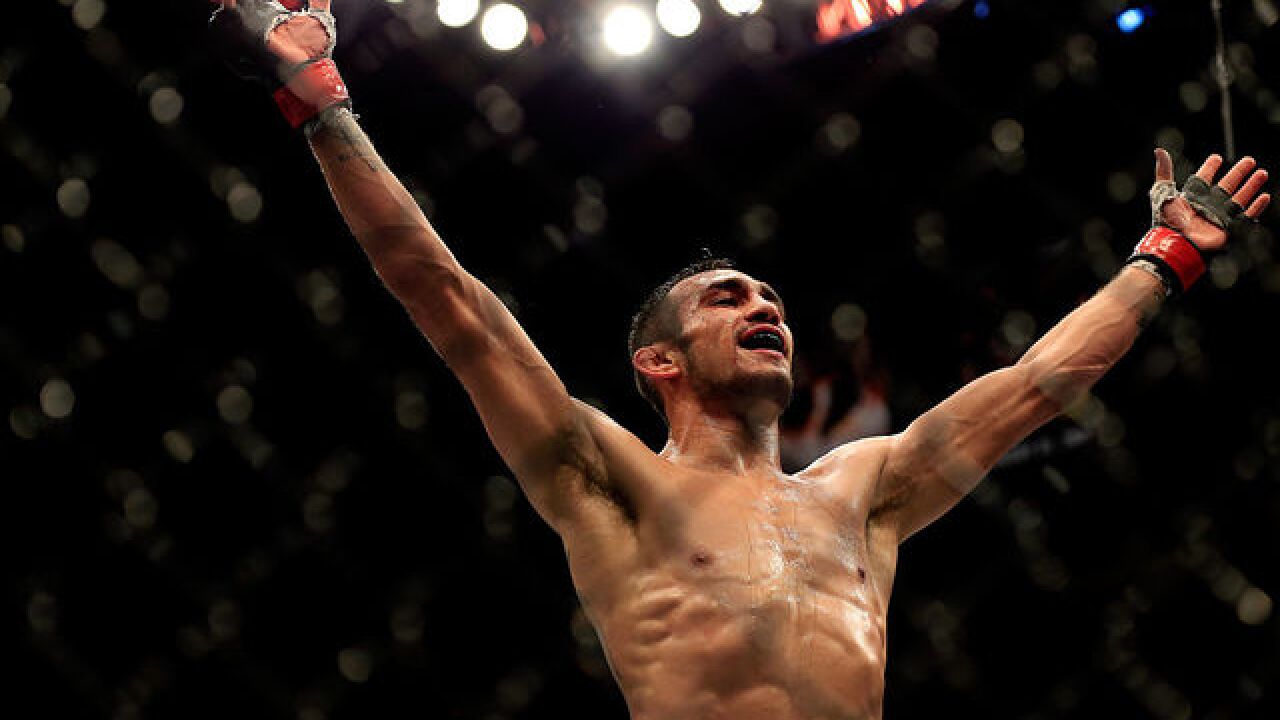 Copyright 2017 Scripps Media, Inc. All rights reserved. This material may not be published, broadcast, rewritten, or redistributed.
(Photo by Alex Trautwig/Getty Images)

Congratulations, Tony Ferguson! You just won the opportunity to be added to the long list of people mentioned as possible Conor McGregor opponents.

The two fighters promised excitement and from the moment the opening bell rang they delivered. Both men had success int he first but it was Lee that ended the round with a strong flurry of ground and pound punches. Ferguson guarded nicely and was able to absorb the damage. The action then continued int the second round with Ferguson coming out as the aggressor and Lee employing a more tactical approach. Ferguson sensed the hesitance and pressed forward controlling the round.

Lee's tough weight cut prior to the UFC 216 fight, dropped 19-pounds in 24 hours, seems to have played a huge role in his second round cardio dump.

In the 3rd round, Lee caught a second wind and quickly landed a powerful slam on Ferguson. It was here he was able to regain some energy and try his hand at striking again. The stand up was short lived as Lee slammed Ferguson to the ground again, unfortunately for him, it was all part of Ferguson's gameplan.

Lee quickly found himself in a deep armbar and when he used his last bit of energy to escape that submission, Ferguson switched into a triangle choke for the victory.

Now back to our original conversation, Conor McGregor looms over the UFC's lightweight division — let's be honest, he looms over the entire company. There's a long list of names waiting to take on McGregor and cash out, but to hold onto his lightweight title he will eventually have to cross paths with Ferguson.

An exciting match up when and if it happens, but until then the two-division king sits and waits because we all know that money is McGregor's main motivation.