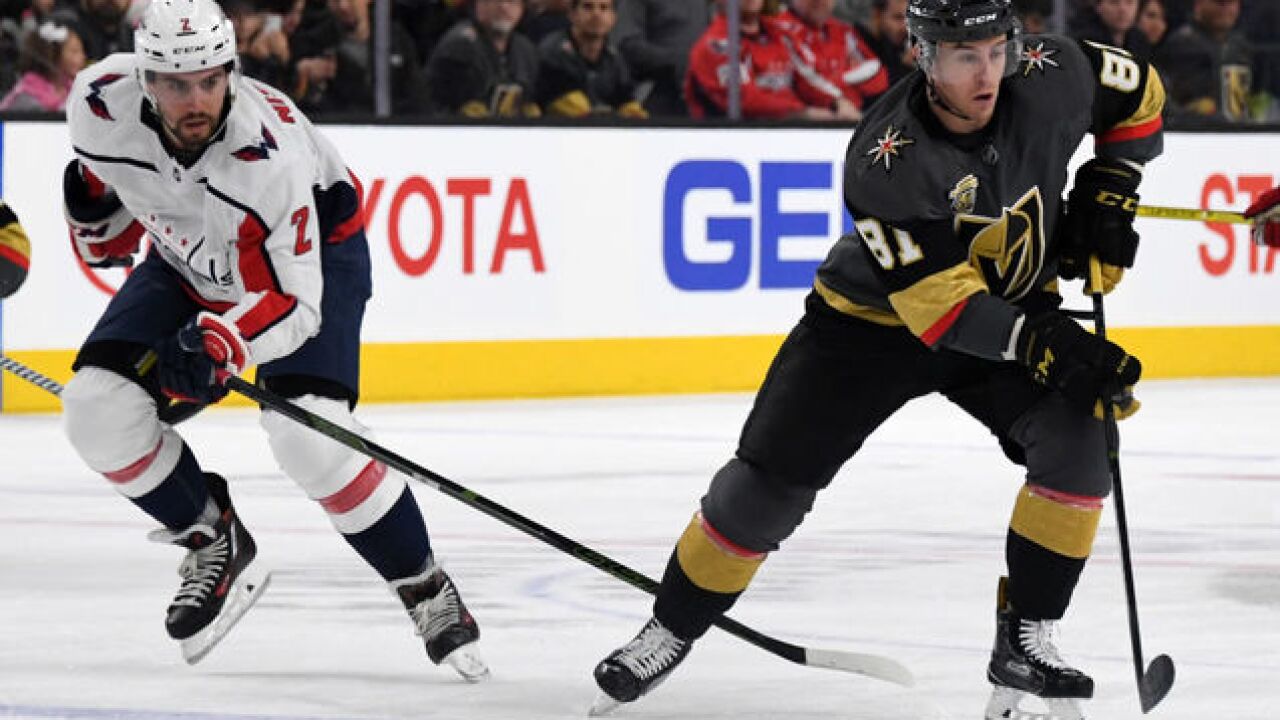 Copyright Getty Images
Ethan Miller/Getty Images
<p>Jonathan Marchessault #81 of the Vegas Golden Knights skates with the puck against Matt Niskanen #2 of the Washington Capitals during the second period of their game at T-Mobile Arena on December 23, 2017 in Las Vegas. The Golden Knights won 3-0. </p>

Looking to get tickets to game 2 of the Stanley Cup Final? The Vegas Golden Knights are making it possible for one lucky fan.

The Vegas Golden Knights will host a #VGKWorldwide scavenger hunt contest the afternoon of Tuesday, May 29, in Las Vegas for two tickets to game two of the Stanley Cup Final.

The scavenger hunt will feature six stops throughout Vegas. The first person to arrive to the sixth location having completed the previous five stops in order will receive a pair of tickets to Wednesday’s game against the Capitals.

All the clues will be revealed on the Golden Knights Twitter account (@GoldenKnights) starting in the afternoon.