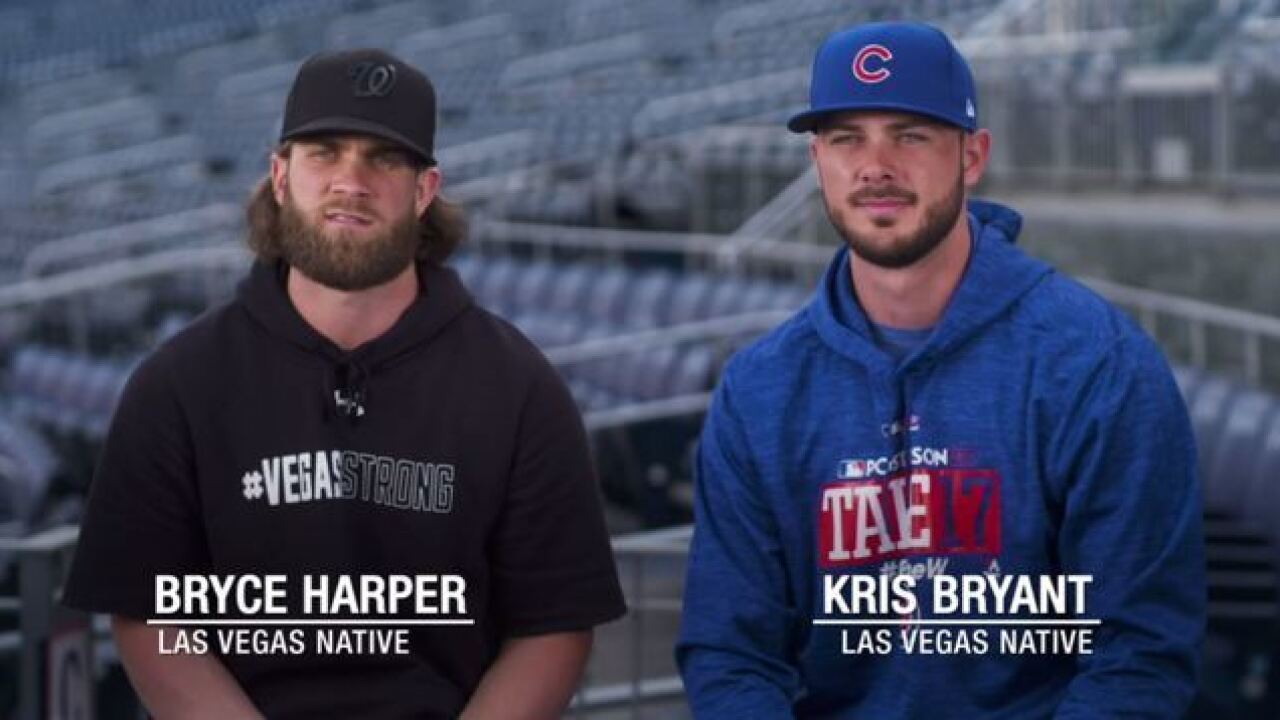 One of the best parts of having a successful professional sports franchise in Las Vegas is watching the flurry, not to be confused with Fleury, of celebrities that become fans.

Many people entered this season as fans of other NHL teams but you'll be hard pressed to find people who live here that haven't converted to Golden Knights fans by now.

Maybe it's the unprecedented run in the regular season or their ongoing playoff run, but people all across the nations are latching on the team. That includes celebrities.

Las Vegas native Bryce Harper is one of the most notable celebrity VGK fans but there's a few more that you may not have known about.

Check out some videos we've found of celebrities showing the Golden Knights pride.

as the second period starts, @ReneeYoungWWE knows where it’s at👍 pic.twitter.com/soR7R6Krn8