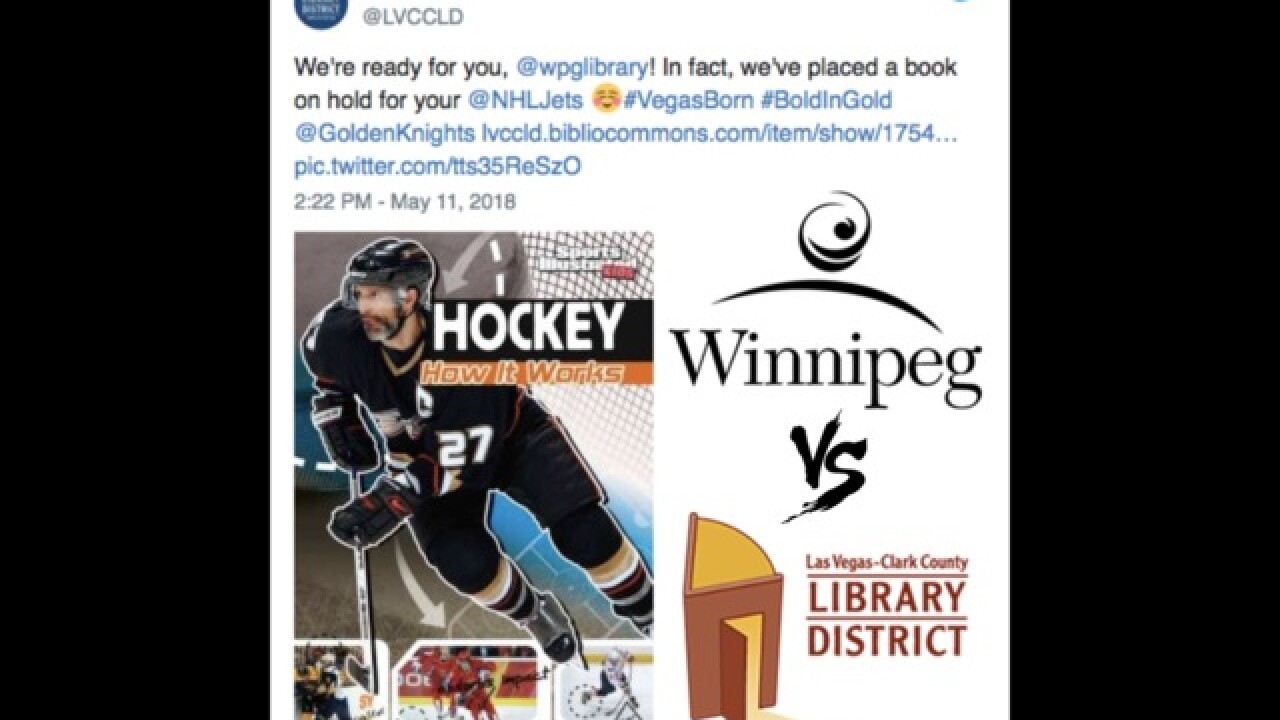 If you think the heated battle between Las Vegas and Winnipeg is just being played out on the ice, you are sorely mistaken.

The Golden Knights and Jets are in the midst of a heated NHL Stanley Cup Western Conference Finals matchup, with Vegas holding a 2-1 series lead may we add, but another entertaining rivalry between the two cities is playing out on Twitter.

The Twitter accounts for the cities' libraries are showing their intellectual skills by going back-and-forth with a friendly bit of trash talk.

Both accounts are cleverly using books to send ribs at one another.

Is it biased to say Vegas has the upper hand so far? Oh well, we are giving the early advantage to LVCCLD!

Here's a look at the full thread of good-natured barbs:

Thanks for the recommended reading @LVCCD but we're good. Kinda been at this hockey thing for a while. ;) To be honest, it's your @GoldenKnights we think of as being in training. Our @NHLJets got talent++! #WPGWhiteout #goJetsgo pic.twitter.com/7ZQ77lumxf

Good morning, @wpglibrary! You've been rather quiet since game 2 ...

Quietly preparing @LVCCLD! But do you hear that? A tempête (storm) is brewing & the @NHLJets are bringing the vents contraires (headwinds as we say in Canada). You may have won the 2nd game but we've been at this for a while, we can take the Vegas heat! #WPGWhiteout #goJetsgo pic.twitter.com/5aO6jPbKiS

Hey @LVCCLD just a quick note in case you’re getting any ideas that our @NHLJets aren’t primed for a comeback. #wegotthis #goJetsgo #WPGWhiteout #WPGvsVGK pic.twitter.com/4skEtJ5b4w