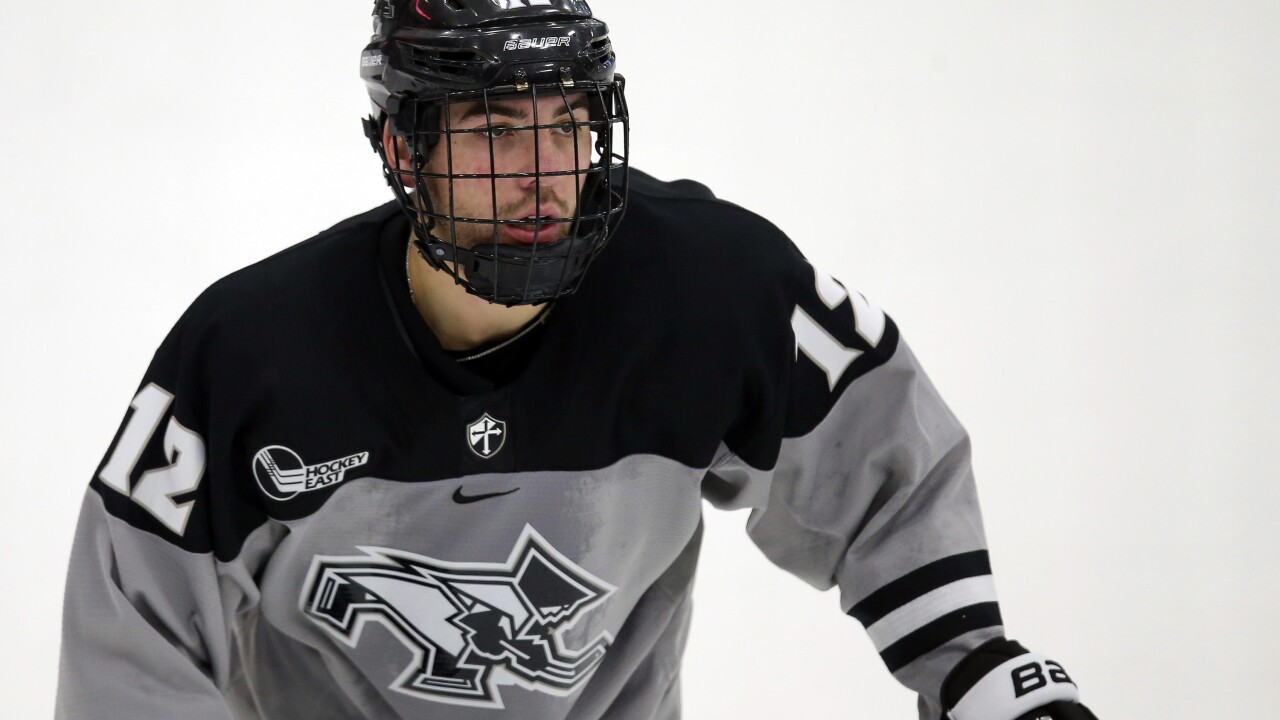 Dugan became just the eighth Friar in Providence history to be named a finalist for the Hobey Baker Memorial Award.

As a freshman with the Friars, Dugan ranked second on the team with 39 points (10 G, 29 A) to go with 48 penalty minutes in 41 games and helped lead the team to a 2019 Frozen Four appearance.

Following the season, Dugan was named to the Hockey East All-Rookie Team.

Prior to playing at Providence, the forward played one season with the Chicago Steel of the United States Hockey League. In 54 games, he tallied 66 points (31 G, 35 A) and was named to the USHL First All-Star Team. Dugan also spent two seasons playing in the United States High School Preparatory League, appearing in a total of 96 games with Northwood School Junior.

Dugan was selected by the Golden Knights with the 142nd pick during the fifth round of the 2017 NHL Entry Draft.