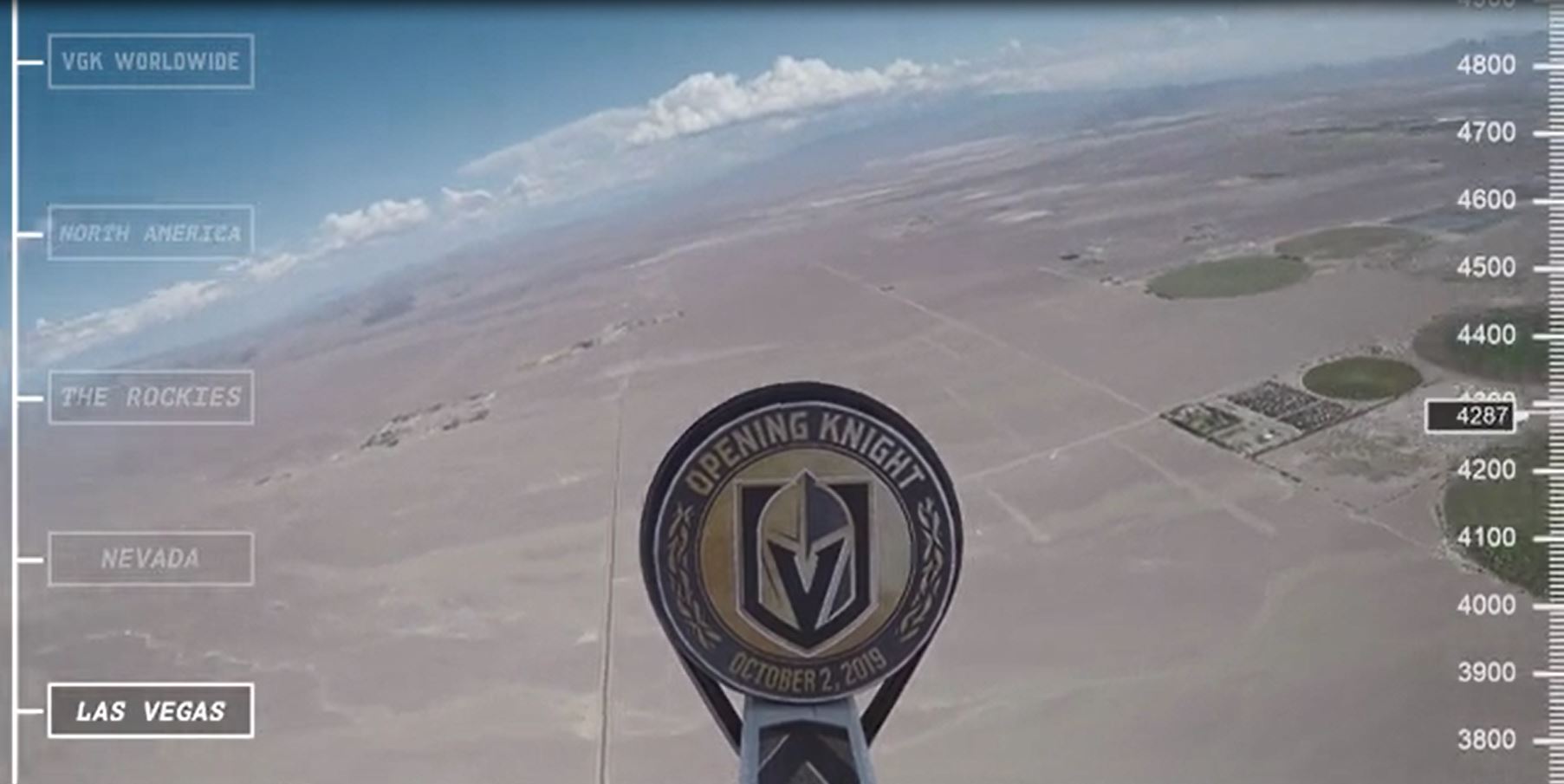 The Vegas Golden Knights have set a VGK Worldwide record for the highest puck drop ever recorded: 94,655 feet. 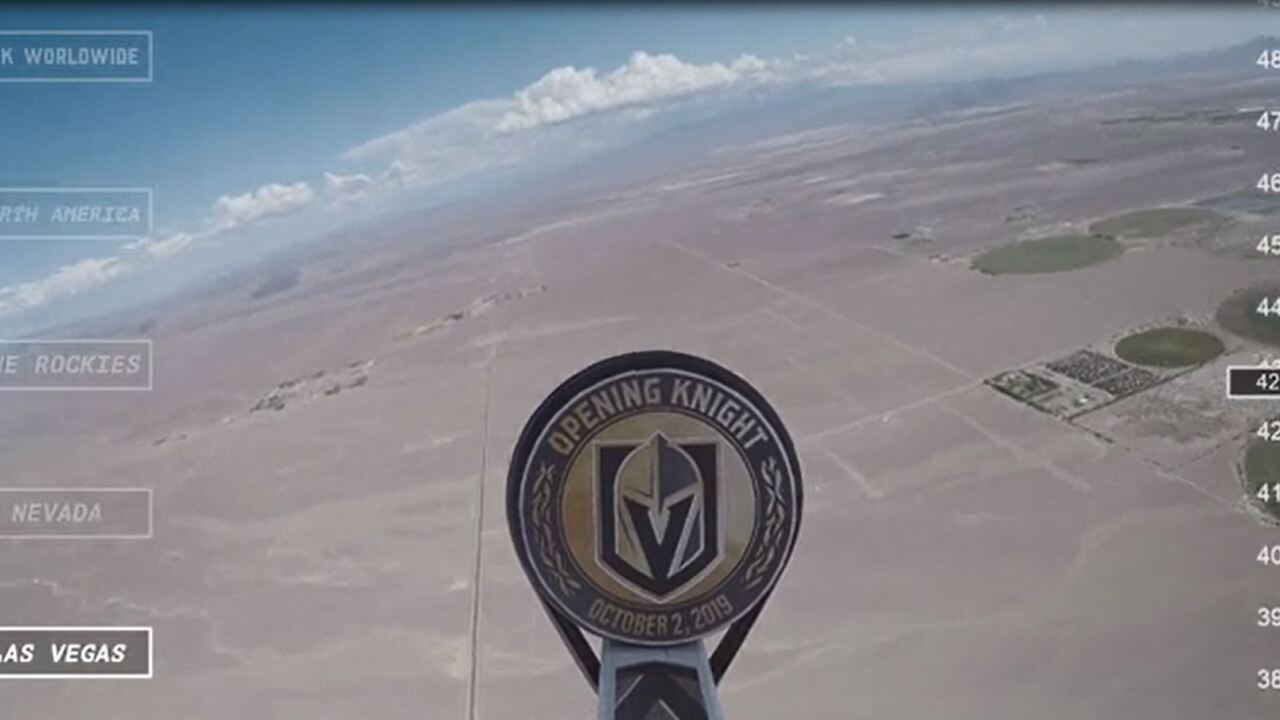 The team partnered up with Overlook Horizon to launch a high-altitude weather balloon 94,655 feet into the atmosphere with a puck attached to it.

The puck was launched in Amargosa Valley and found its way back to land 2 hours, 16 minutes and 22 seconds later in Death Valley.

Retrieving the payload required a four-mile hike through Death Valley with three scouting groups searching for the puck.

The puck was secured, transported and then dropped to the ice during the ceremonial face-off at T-Mobile Arena before the team’s 2019 season opener.

The team says accomplishing this feat would not have been possible without assistance from the Federal Aviation Administration, the Nevada Institute for Autonomous Systems, Nevada State Highway Patrol and Overlook Horizon.