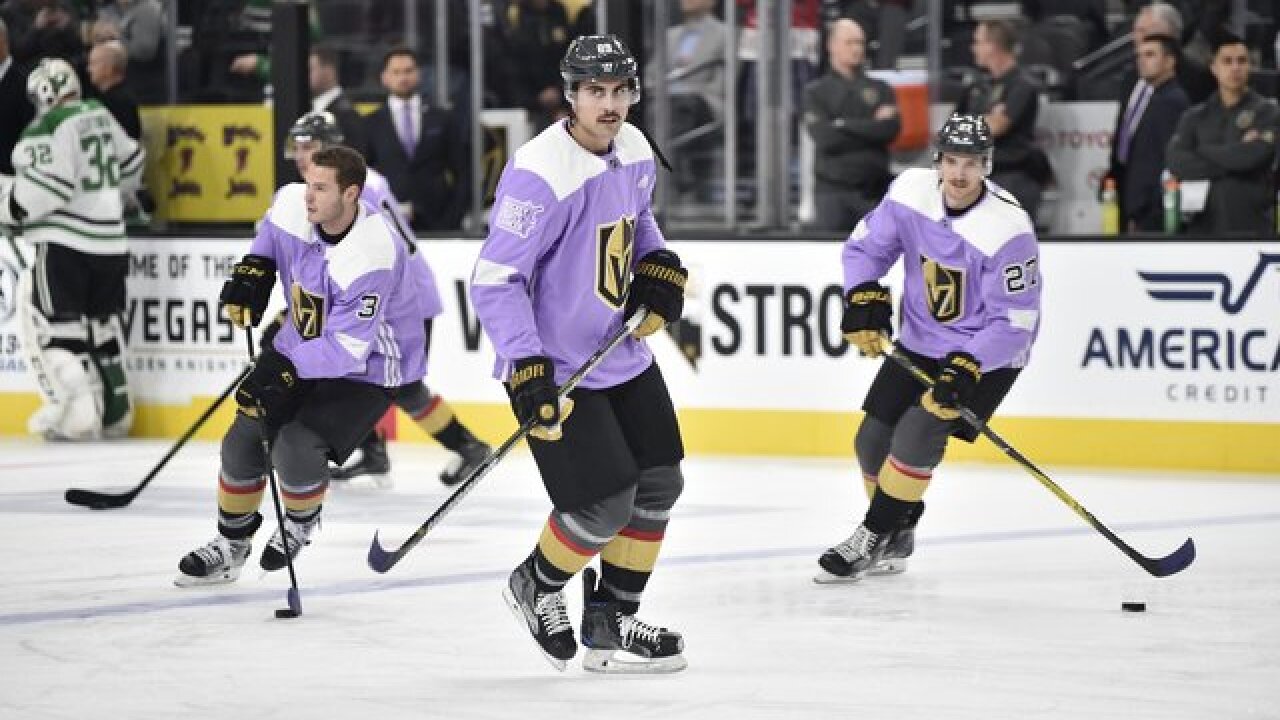 Copyright 2018 Scripps Media, Inc. All rights reserved. This material may not be published, broadcast, rewritten, or redistributed.
GoldenKnights/Twitter

The Vegas Golden Knights will host its annual Hockey Fights Cancer Night on Saturday, Nov. 23, when the Golden Knights face the San Jose Sharks at 7 p.m. at T-Mobile Arena.

The Golden Knights will wear specialty Hockey Fights Cancer lavender jerseys during warmups that will be signed and auctioned that night. All proceeds from the jersey auction will benefit pediatric cancer organizations. Before the game, 18 children whose lives have been affected by cancer will ring the siren located in the Castle to lead the team into the first period.

We'll be wearing these lavender jerseys during warmups Saturday at T-Mobile Arena.

After warmups, they'll be signed and auctioned off during the game to benefit pediatric cancer organizations! 💜 pic.twitter.com/ouBBVa5yev

Vegas Golden Knights Strength and Conditioning Intern Kendell Galor will be participating in a ceremonial puck drop. Galor is currently being treated for a grade 3 anaplastic astrocytoma, which is a type of brain tumor, and works closely with the Golden Knights medical and training staff on all strength and conditioning and performance matters for players.