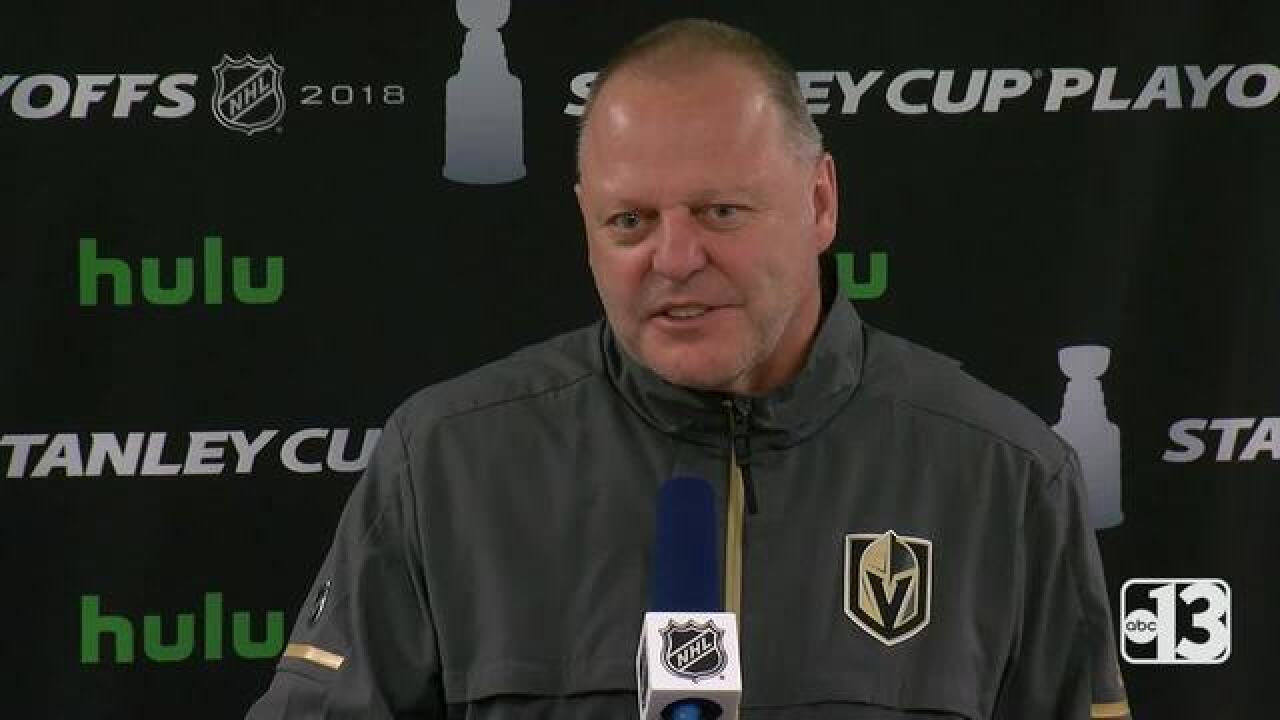 LAS VEGAS (KTNV) — The National Hockey League announced today that Gerard Gallant of the Vegas Golden Knights (Pacific) along with Bruce Cassidy of the Boston Bruins (Atlantic), Craig Berube of the St. Louis Blues (Central) and Todd Reirden of the Washington Capitals (Metropolitan) will serve as the head coaches for the 2020 Honda NHL All-Star Weekend, which will be held Jan. 24 and 25 in St. Louis.

To coach the All-Star Weekend, the head coach of the team with the highest points percentage in each of the four divisions through Jan. 2 are selected to guide the respective All-Star rosters.

The 2020 Honda NHL All-Star Weekend will once again consist of a three-game tournament, played in a 3-on-3 format, featuring four teams – one for each NHL division.

Fans can join the conversation by using the official hashtag #NHLAllStar. For more information on the 2020 Honda NHL All-Star Weekend, visit NHL.com/Fans/All-Star.