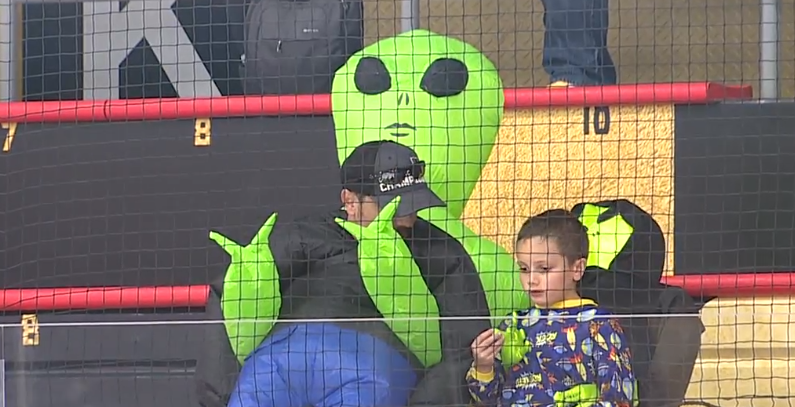 In honor of the madness, the team invited fans to dress up, and many fans did so in their alien gear to cheer on their favorite Knight.

Some said they just wanted to show their support while others were hoping to win a particular Area 51-themed jersey from the team.

A few players said they were confused by the occasional green costume but enjoyed them once they realized what was happening.

"I thought those costumes were pretty funny out there. I don't know much about Area 51, but I Googled it after all the buzz, so it's funny," Golden Knights forward Max Pacioretty said.

The team chose a VGK fan by the name of Cole for the best custom and won an Area 51-themed jersey.