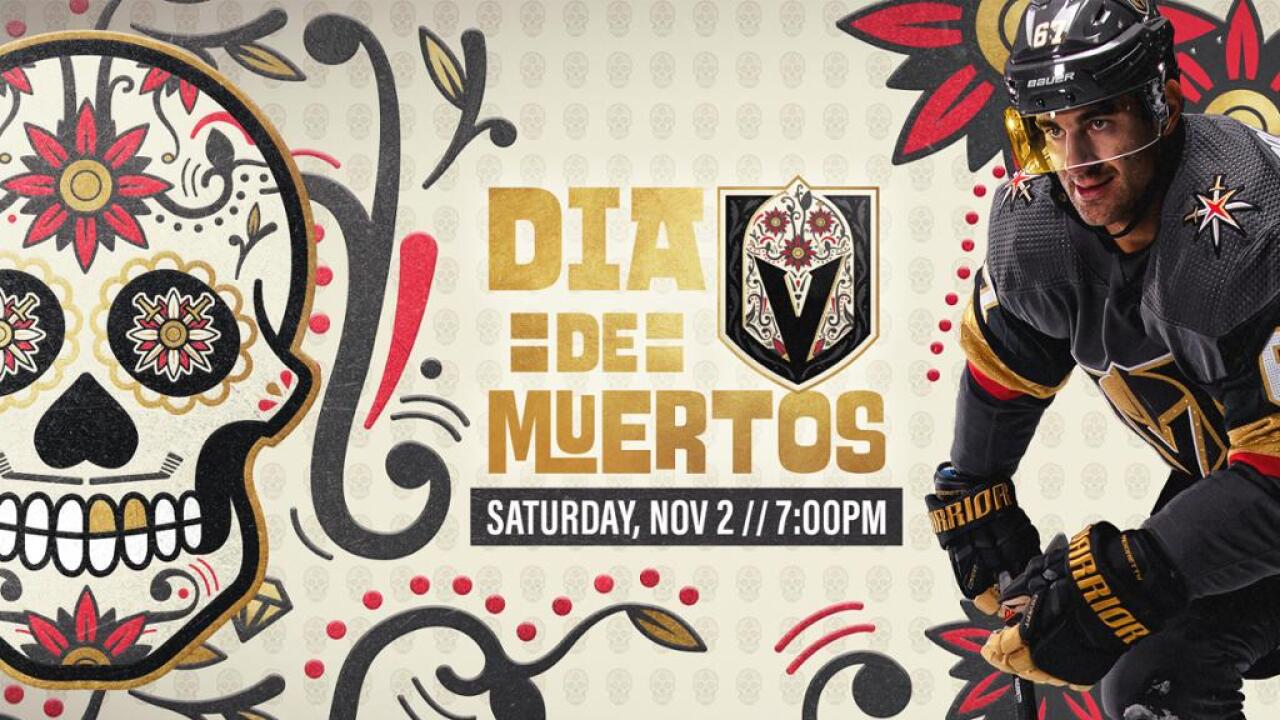 LAS VEGAS (KTNV) — Vegas Golden Knights announced that the team will host a Halloween theme night on Oct. 31 against the Montreal Canadiens and a Día de Muertos night on Nov. 2 against the Winnipeg Jets.

“As a team, we place immense value in celebrating the diverse cultures that make Las Vegas the great city that it is,” said Vegas Golden Knights President Kerry Bubolz. “Halloween is the perfect day for our Medieval Maniacs to show up to the Fortress in their most creative costumes. Our Día de Muertos game on November 2 is the opportune time to recognize the Hispanic community in Las Vegas and their support of our team.”

Fans in attendance for the Halloween game against the Montreal Canadiens are encouraged to dress up to celebrate Halloween.

There will be a costume contest for both kids and adults, candy from Smith’s Food & Drug Stores on the concourse and other Halloween activities for the whole family.

Here are the guidelines for fans heading to T-Mobile Arena for Halloween:
Allowed:
• Face painting
• Costumes (unless vulgar or hazardous)

In honor of Día de Muertos, on Nov. 2, the team will have multiple activities inside T-Mobile Arena and on Toshiba Plaza to celebrate the day.

Activities will include:
• Face painting
• Mariachi band participation in the March to the Fortress and throughout the game
• Special warm-up jerseys worn by VGK players to be auctioned during the game
• Exclusive Día de Muertos-themed merchandise

Halloween and Día de Muertos are coming to The Fortress this week!

Read below for details on these two special nights 😃#VegasBorn | #LosVGK https://t.co/L2bEky0uHs