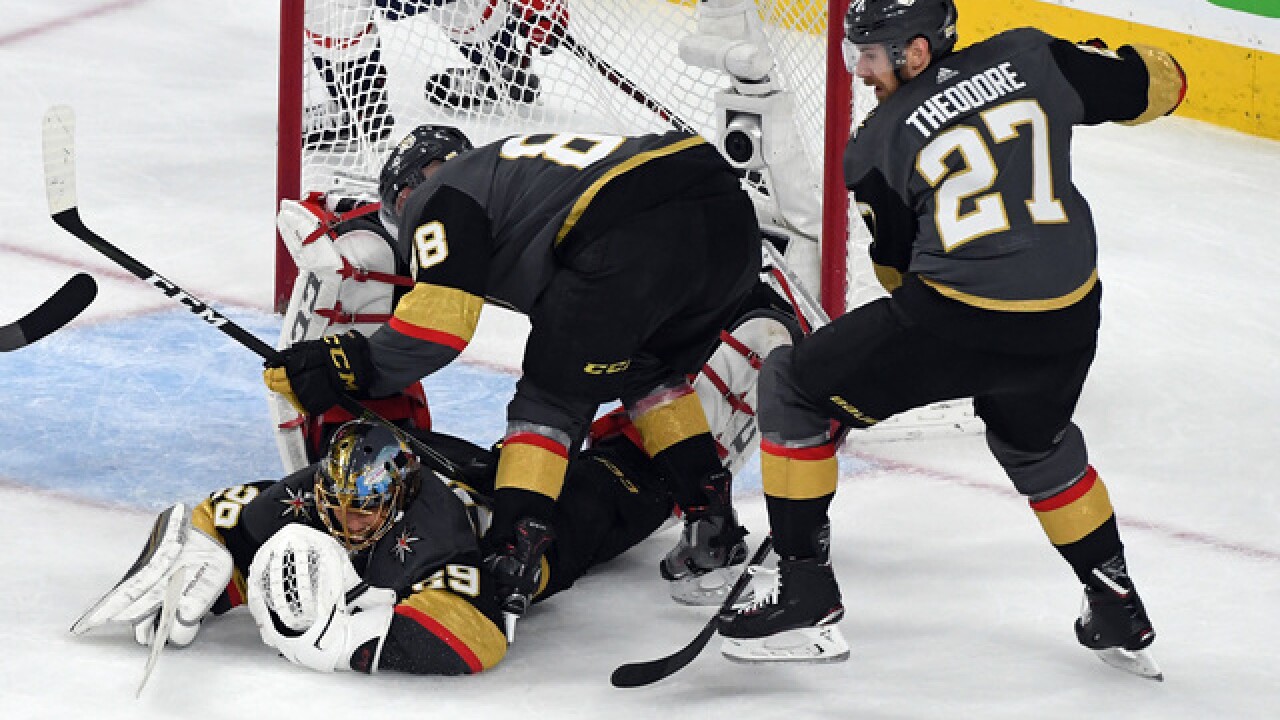 Image copyright 2018 Getty Images. All rights reserved. This material may not be published, broadcast, rewritten, or redistributed.
Ethan Miller
<p>Marc-Andre Fleury #29 of the Vegas Golden Knights makes a diving save on a shot by Jakub Vrana (not pictured) #13 of the Washington Capitals as Nate Schmidt #88 and Shea Theodore #27 of the Golden Knights defend in the third period of Game Five of the 2018 NHL Stanley Cup Final at T-Mobile Arena on June 7, 2018.</p>

Theodore's deal runs through the 2024-25 season and has an average annual value of $5.2 million.

Vegas general manager George McPhee said the main issue between the team and Theodore's camp was the Golden Knights were asking him to sign long-term, while the fourth-year pro was looking for a two-year deal. McPhee also said the long-term deal was about managing the salary cap properly, and leaving enough space over the next few years, giving the Golden Knights a better chance to continue as a Western Conference contender.