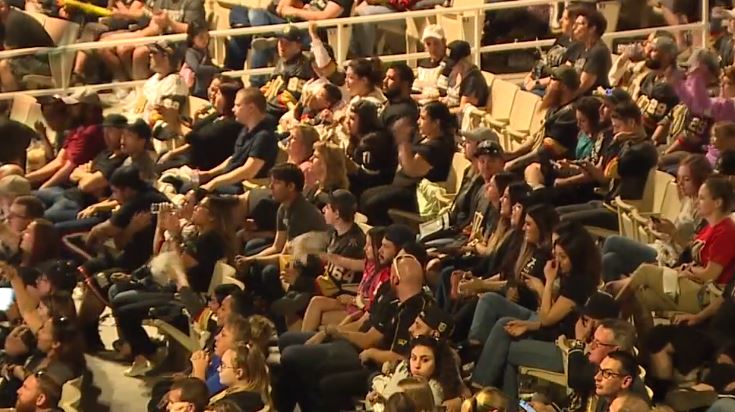 Vegas Golden Knights fans rank near the top in supporting their Vegas Born team, according to a Forbes study.

Forbes says the Golden Knights have the fourth-best fans in the National Hockey League, according to a recent study.

The Knights have been a hometown favorite since their inaugural 2017 season, where the team not only made a splash with a Stanley Cup Finals run but also a strong connection with the community after the shooting on the Las Vegas Strip.

Vegas fans were ranked only behind the Pittsburgh Penguins, Boston Bruins, and Chicago Blackhawks.

Forbes cited a combination of metrics that were used in the study included TV ratings, stadium attendance, merchandise sales, and social media reach.