Say 'I Do' with Ryan Reaves of the Golden Knights 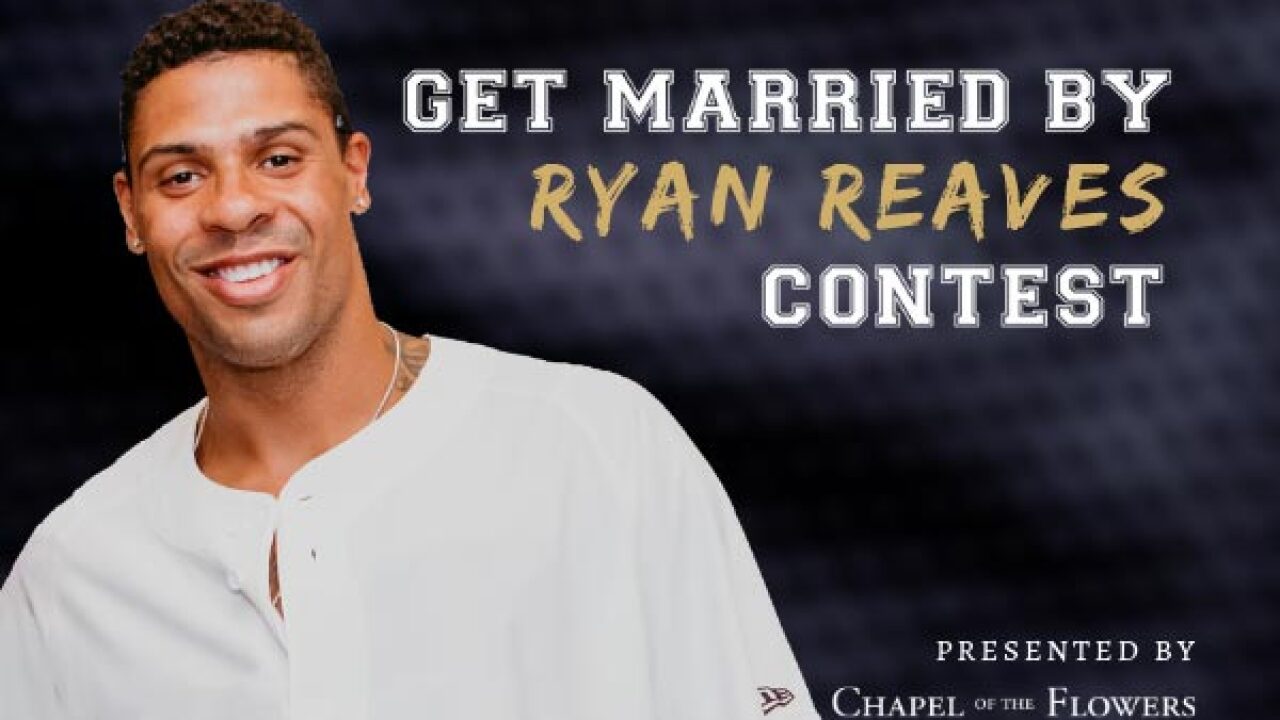 Chapel of the Flowers

Fans will have a chance to say "I do" with Ryan as the officiant at their wedding, commitment or vow renewal ceremony in a new contest announced today by the Chapel of the Flowers in Las Vegas.

The "Get Married by Ryan Reaves" contest kicked off on Aug. 1 on social media and runs through 8 p.m. Aug. 14.

The ceremony will take place at Chapel of the Flowers on Sept. 1 at 12 p.m. in the exquisite modern La Capella Chapel, with space for up to 50 guests.

The total wedding package has a value of approximately $4,000 and includes post-ceremony meet and greet with guests and Ryan Reaves, professional photography, wedding florals, planner and day-of wedding coordinator, round-trip limousine service for the couple, music, live broadcast of ceremony and two-night stay at the Downtown Grand Hotel in Las Vegas.

Winning couple will be announced on the Chapel of the Flowers Facebook page on Aug. 15.

Rules for the "Get Married by Ryan Reaves" contest sweepstakes and how to enter can be found online.

"We are thrilled to have Las Vegas sports icon Ryan Reaves join Chapel of the Flowers for this Golden Wedding contest," said Donne Kerestic, CEO at Chapel of the Flowers. "Our local NHL team has brought so much pride to our city and we are all huge fans of Ryan. What an honor it is for our staff to host this once-in-a-lifetime chance to say "I do" with Ryan officiating at our La Capella Chapel."