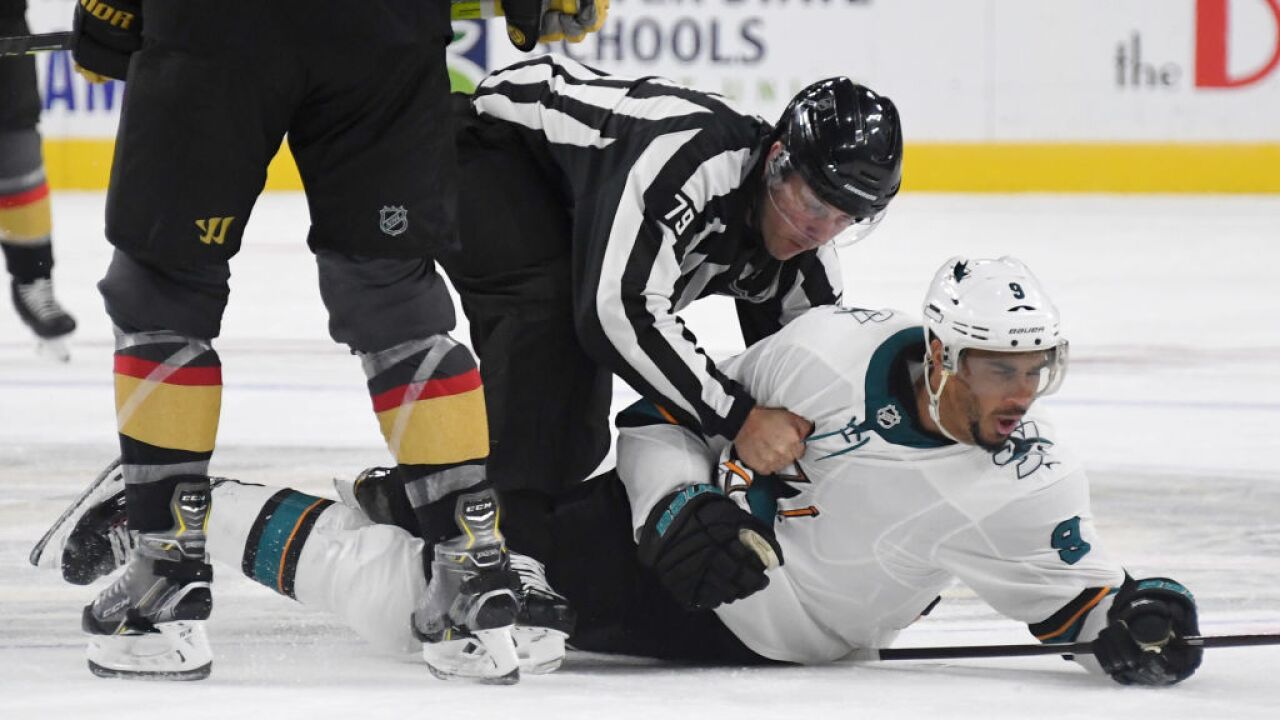 LAS VEGAS (KTNV) — The Vegas Golden Knights' rivalry with the San Jose Sharks will heat up on opening night missing one of the key players for the Sharks.

Sharks forward Evander Kane has been suspended for three games, without pay, for violating Rule 40.4 (Physical Abuse of Officials) during a preseason in Las Vegas on Sept. 29, the NHL announced today.

The incident occurred at 12:51 of the third period when Kane was assessed a game misconduct for abuse of officials.

Under the terms of the player's Collective Bargaining Agreement and, based on his average annual salary, Kane will forfeit $112,903.23.

The money goes to the Players' Emergency Assistance Fund.