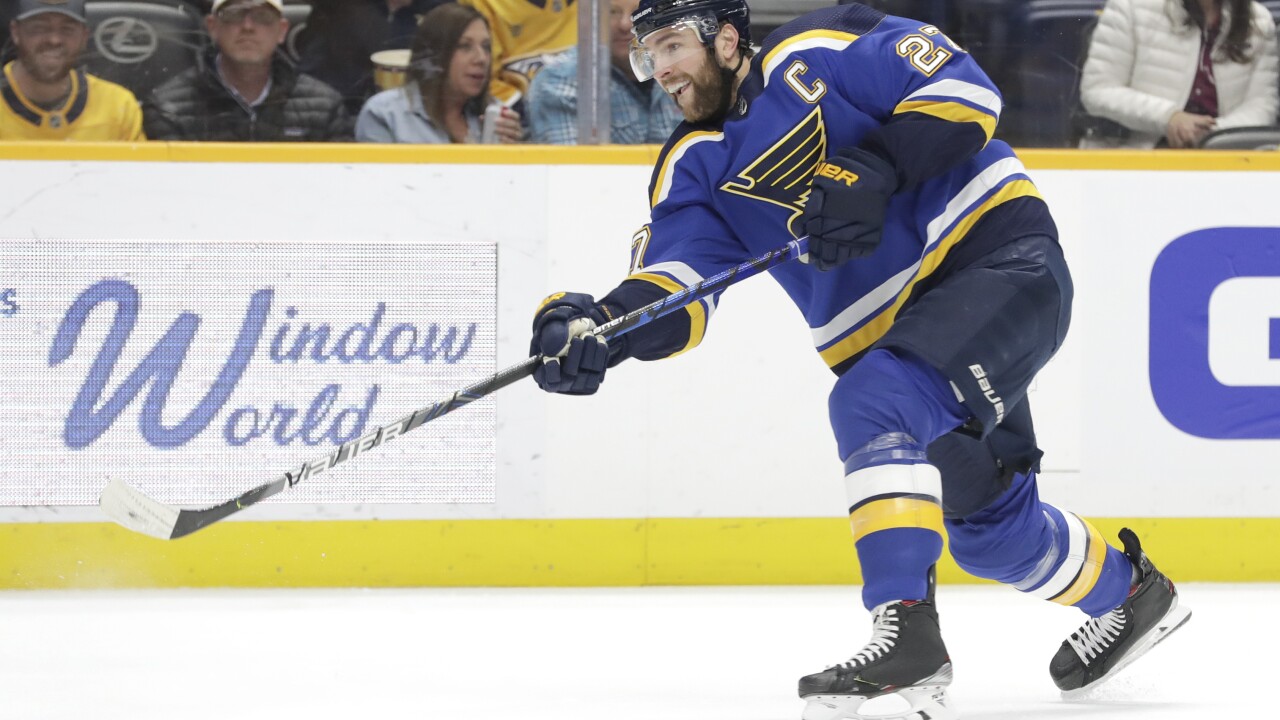 Mark Humphrey/AP
FILE - In this Feb. 16, 2020, file photo, St. Louis Blues defenseman Alex Pietrangelo plays against the Nashville Predators in the first period of an NHL hockey game in Nashville, Tenn. The Vegas Golden Knights have agreed to terms on a $61.6 million, seven-year contract with top free agent Pietrangelo, a person with direct knowledge of the move tells The Associated Press. (AP Photo/Mark Humphrey, File)

LAS VEGAS (AP) — Alex Pietrangelo is embracing the challenge of trying to win the Stanley Cup again with the Vegas Golden Knights after leaving the St. Louis Blues franchise that he led to the title last year.

After signing a $61.6 million, seven-year contract, the 30-year-old defenseman says he was drawn to the Golden Knights' shared desire to win.

Pietrangelo had hoped to re-sign and stay with the Blues but couldn't hammer out a deal that made sense for him and the team.

It was a key part of him signing there.