As the Vegas Golden Knights get ready to square off against the San Jose Sharks in the NHL playoffs, "Knight" the K9 officer chows down on his toy shark. 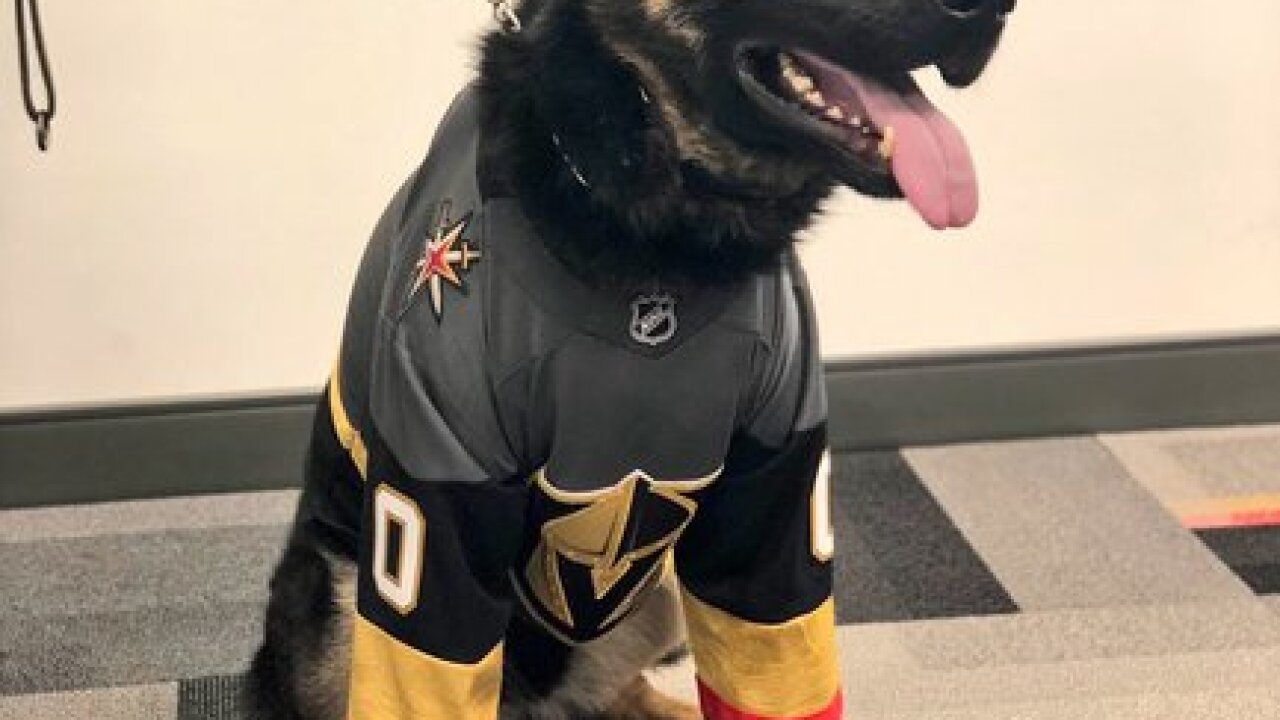 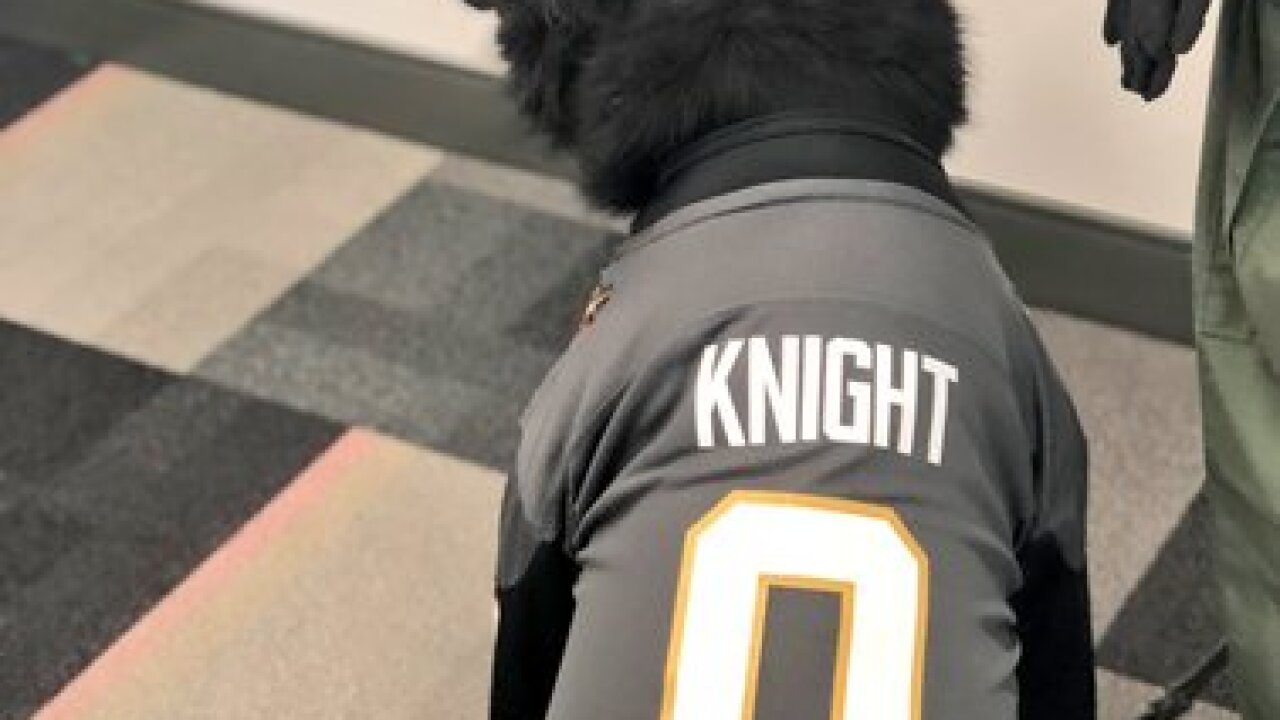 The Las Vegas Metropolitan Police Department's newest K9 is all caught up in Golden Knights fever.

Las Vegas police named the German Shepherd "Knight" after the hometown team. The dog is named Knight and even has a Golden Knights jersey for himself.

He began his patrol duties three weeks ago.