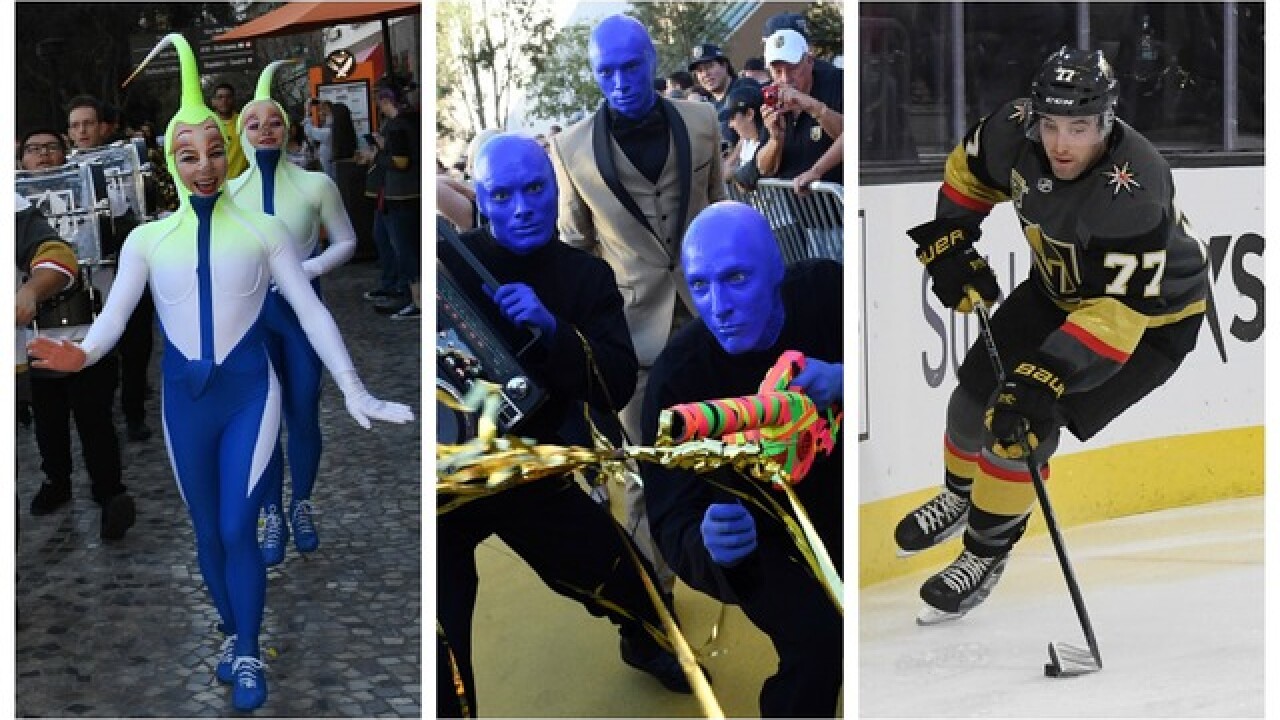 The Vegas Golden Knights have been known to pal around with performers on the Las Vegas Strip. On Saturday, those same performers returned the favor.

Fans who attended the Knights game against the Montreal Canadiens at the T-Mobile Arena were treated to special performances from both Cirque du Soleil and Blue Man Group.

During the second intermission, Blue Man Group took to the ice to perform their "Drum Finale Throw Down," which was adapted from their nightly show at the Luxor hotel-casino.

The Knights ended up dominating the Canadiens that evening 6-3.

Check out the performance from Cirque du Soleil below:

we win in games and life and have 🔥 performances by @cirque at our games = #vegas pic.twitter.com/b2GzxDheMm

And here's the performance from Blue Man Group:

we're the gold man group and they're the @bluemangroup and TOGETHER WE WIN pic.twitter.com/TXVzzwPHNa