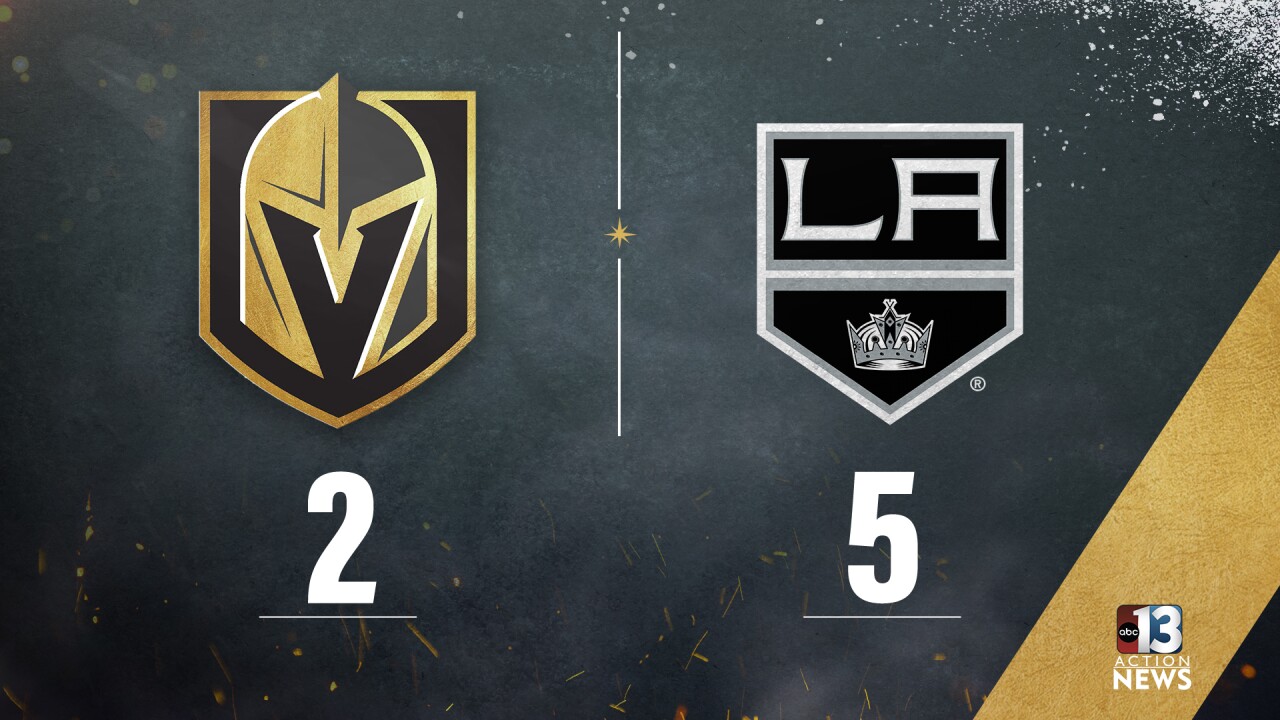 The Kings, who entered the game in last place in the Western Conference, used four first-period goals to set the tone. Goaltender Jack Campbell held off the Pacific Division co-leading Golden Knights by stopping 43 of the 45 shots he faced.

The Golden Knights outshot the Kings 35-5 over the last two periods, but were unable to overcome the four-goal deficit.

Los Angeles' win, coupled with Anaheim's loss to Dallas, and allowed the Kings to leapfrog the Ducks out of the West cellar.

Reilly Smith and Max Pacioretty scored for Vegas. Malcolm Subban made 18 saves and dropped to 6-3-1 in his last 10.

Martinez started the scoring barrage for Los Angeles when he gathered a failed clearing try off the boards by Vegas defenseman Deryk Engelland and sent a one-timer past Subban from the point.

Hutton extended the lead less than two minutes later. He collected a pass from Toffoli and fired a slap shot a few feet in front of Martinez's goal, making it 2-0.

Toffoli got in on the action when he scooped up the puck off a face off and fired a wrist shot past Subban's glove. Moments later it was Kempe burying a lingering rebound in the crease with 1.7 seconds left in the period.

The Kings' four first-period goals tied for the most goals scored in one period against Vegas this season, matching Philadelphia, which did it on Oct. 21.

The Golden Knights cut the lead in half with two second-period goals.

Smith notched his 18th goal of the season when he grabbed a loose puck at the side of the net, backhanded it to himself across the crease, and slammed it past Campbell to get Vegas on the board.

Just 56 seconds later, Paul Stastny grabbed a behind-the-back pass from Mark Stone and fed Pacioretty, who was creeping in by the side of the goal and easily found the back of the net, making it 4-2. Pacioretty, who is on pace for a career-best season hit the 20-goal mark for the seventh time in his career.

Kempe added his second goal of the game, and 10th of the season, with eight seconds left.

UP NEXT: Vegas Golden Knights host Columbus on Saturday.