How did this happen? Vegas grapples with 5-game series loss 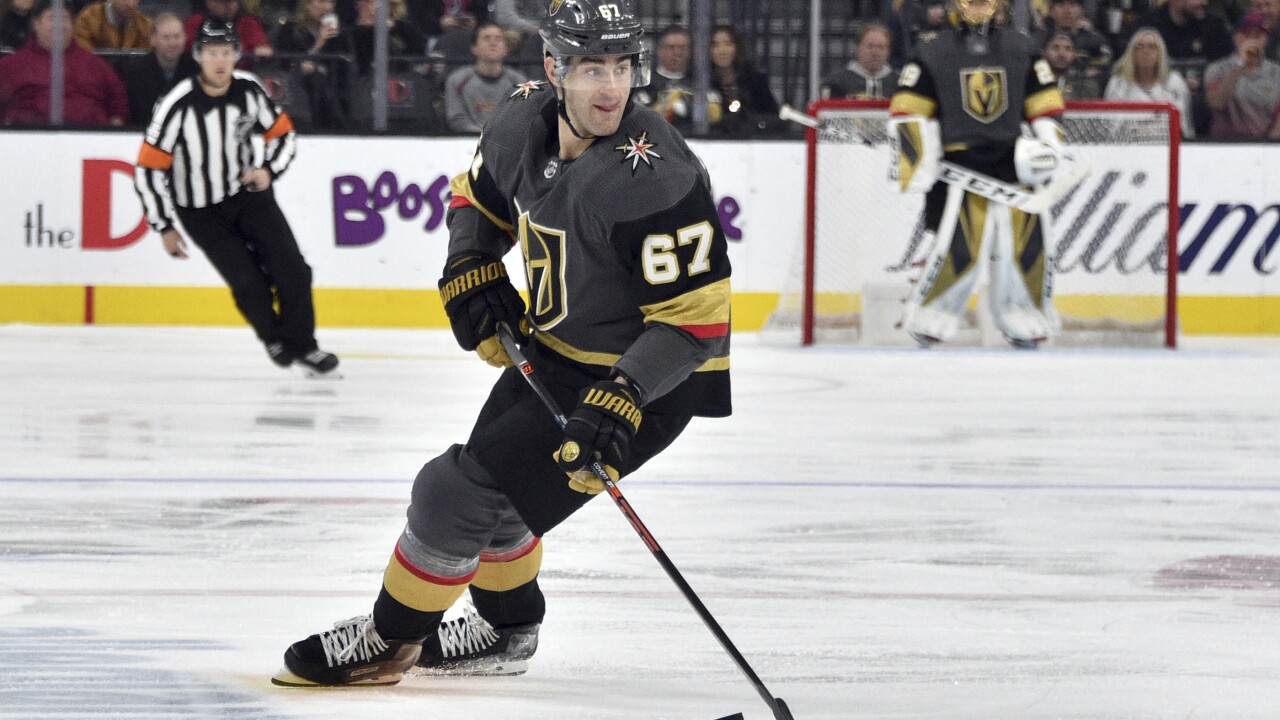 David Becker/AP
FILE - In this Saturday, Feb. 8, 2020 file photo, Vegas Golden Knights left wing Max Pacioretty (67) skates with the puck against the Carolina Hurricanes during the second period of an NHL hockey game in Las Vegas. The Dallas Stars were in a miserable stretch when the NHL season came to a sudden and unexpected stop 4 1/2 months ago. Vegas was playing some of its best hockey after a coaching change. Both now have the same chance of being the No. 1 seed in the Western Conference playoffs, and a better chance to re-acclimate to playing again than having to jump right into a playoff series for the resumption of this unprecedented season because of the coronavirus.(AP Photo/David Becker, File)

EDMONTON, Alberta (AP) — The Vegas Golden Knights are left to grapple with how they controlled the play for much of the Western Conference final but somehow lost in five games to the Dallas Stars.

Vegas bowed out of the playoffs shy of the Stanley Cup Final despite taking 48 more shots than Dallas.

The Golden Knights even scored just one fewer goal than the Stars. Getting eliminated on a power-play goal in overtime after blowing a 2-0 lead only made the loss sting more for a team that won 10 of its first 12 games in the bubble.

Vegas lost its confidence and then six of its final eight games.