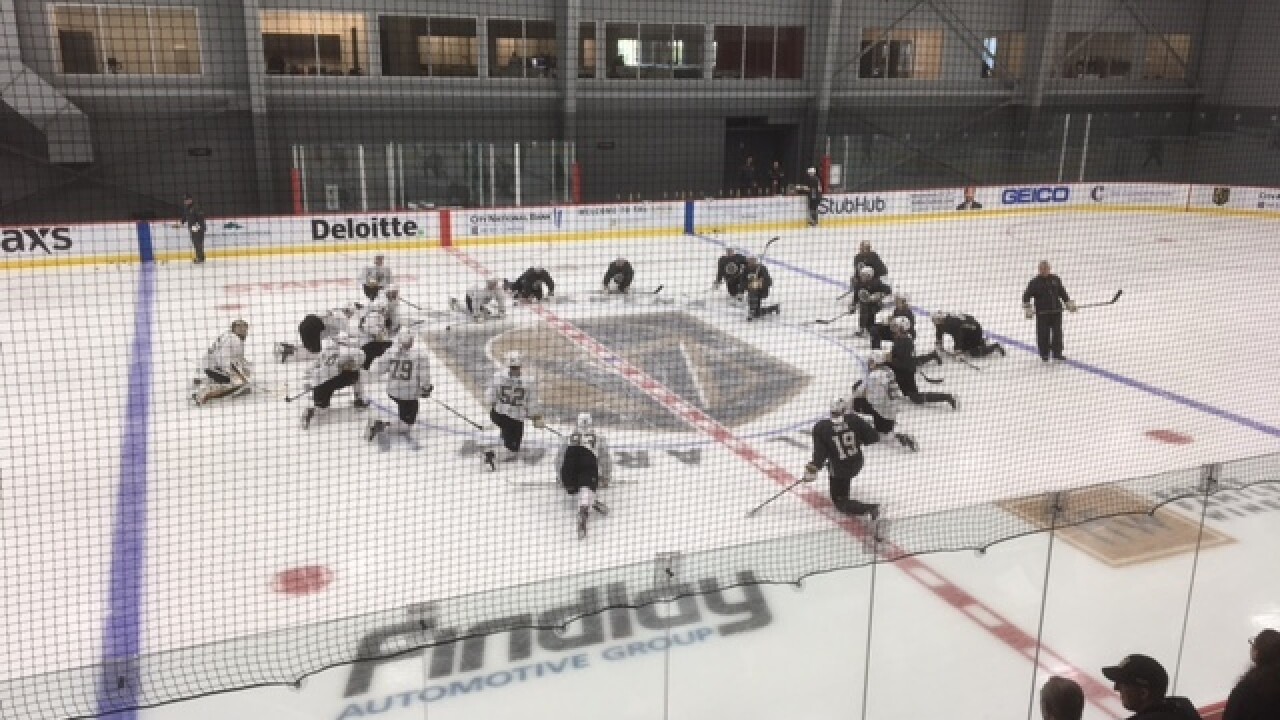 LAS VEGAS (KTNV) — The National Hockey League announced the dates and starting times for the 2020 Stanley Cup Qualifiers, which begin on Aug. 1.

The Golden Knights will open play with an exhibition game against the Arizona Coyotes at 7 p.m. PT July 30.

Vegas Golden Knights back on ice as training camp begins

Then Vegas’ first game during the round-robin portion of the schedule will be against the Dallas Stars at 3:30 p.m. PT on Aug 1.

Each best-of-five series features one set of back-to-back games, occurring between Games 2 and 3, Games 3 and 4, or Games 4 and 5 (if necessary).

Plans for the Stanley Cup and NHL teams

The Golden Knights 2020 Stanley Cup Qualifiers schedule is below:

Broadcast information for the games was not immediately released.