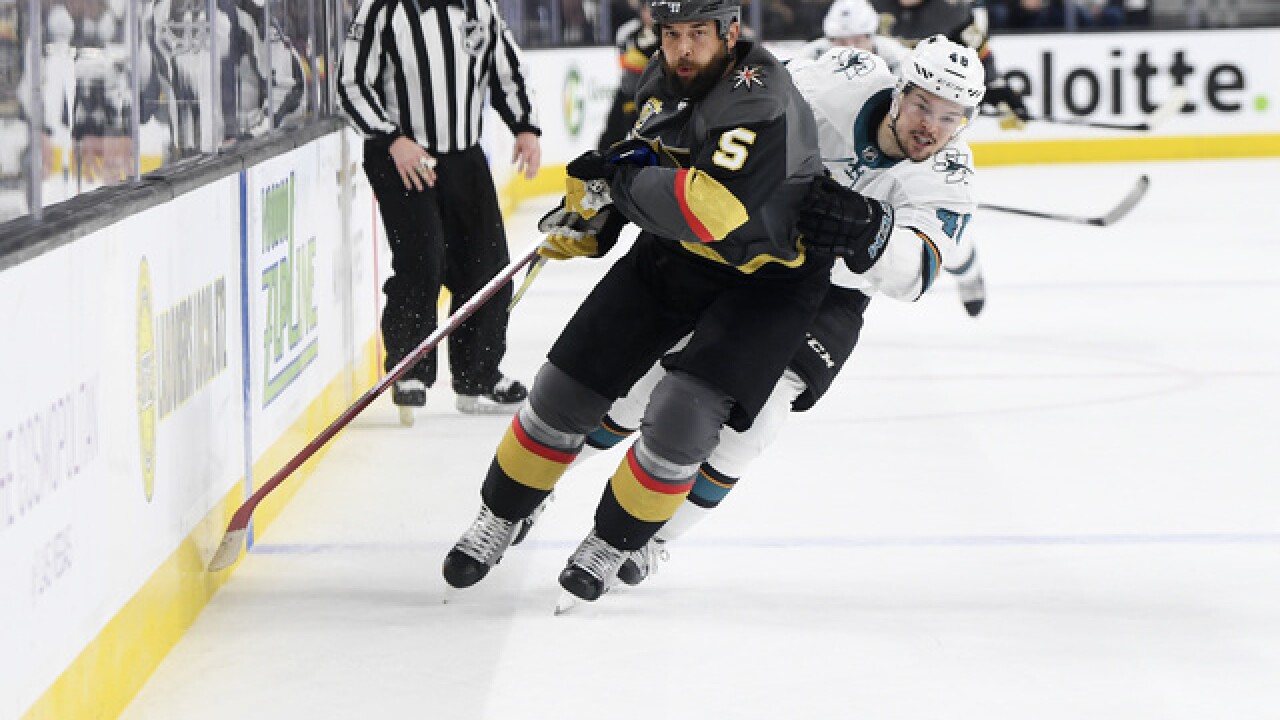 LAS VEGAS (KTNV) — With the preseason less than two months away, the Golden Knights are locking in their players and doing a little bit of wheeling-and-dealing.

The team has reached a deal to retain defenseman Deryk Engelland on a one-year, $700k base salary. With incentives, Engelland's deal could reach a maximum value of $1.5 million.

Engelland has recorded 35 points (7 goals, 28 assists) in 153 total games with VGK. He was selected by the Golden Knights during the 2017 Expansion Draft from the Calgary Flames.

RELATED: VGK preseason games to be shown on KTNV this September

The team also announced they have acquired goaltender Garret Sparks from the Toronto Maple Leafs in exchange for Vegas Golden Knights forward David Clarkson and a fourth-round selection in the 2020 NHL Entry Draft.