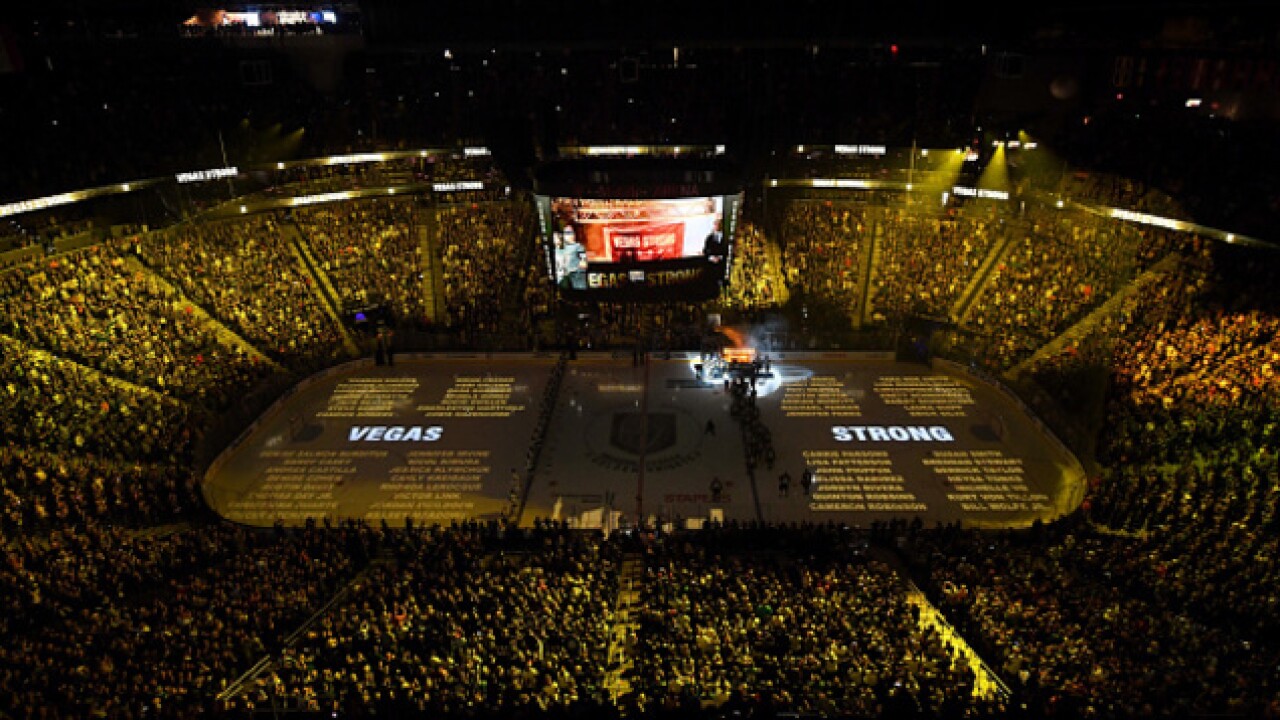 Copyright 2018 Scripps Media, Inc. All rights reserved. This material may not be published, broadcast, rewritten, or redistributed.
Ethan Miller
<p>LAS VEGAS, NV - MARCH 31: Names of the 58 victims of the October 1, 2017, mass shooting in Las Vegas are projected on the ice as the Vegas Golden Knights hang a banner in the rafters with 58 stars and the names of all the victims of the shooting as they retire the number 58 in honor of the 58 victims before a game against the San Jose Sharks at T-Mobile Arena on March 31, 2018 in Las Vegas, Nevada. (Photo by Ethan Miller/Getty Images)</p> 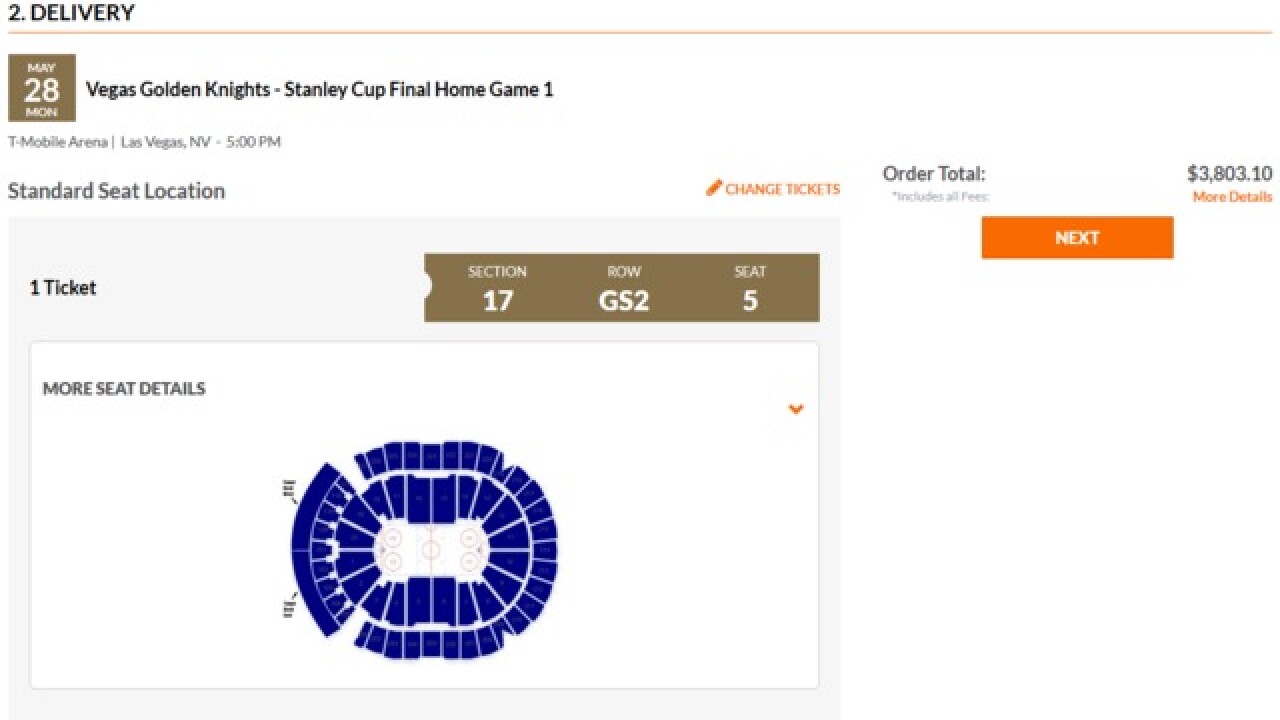 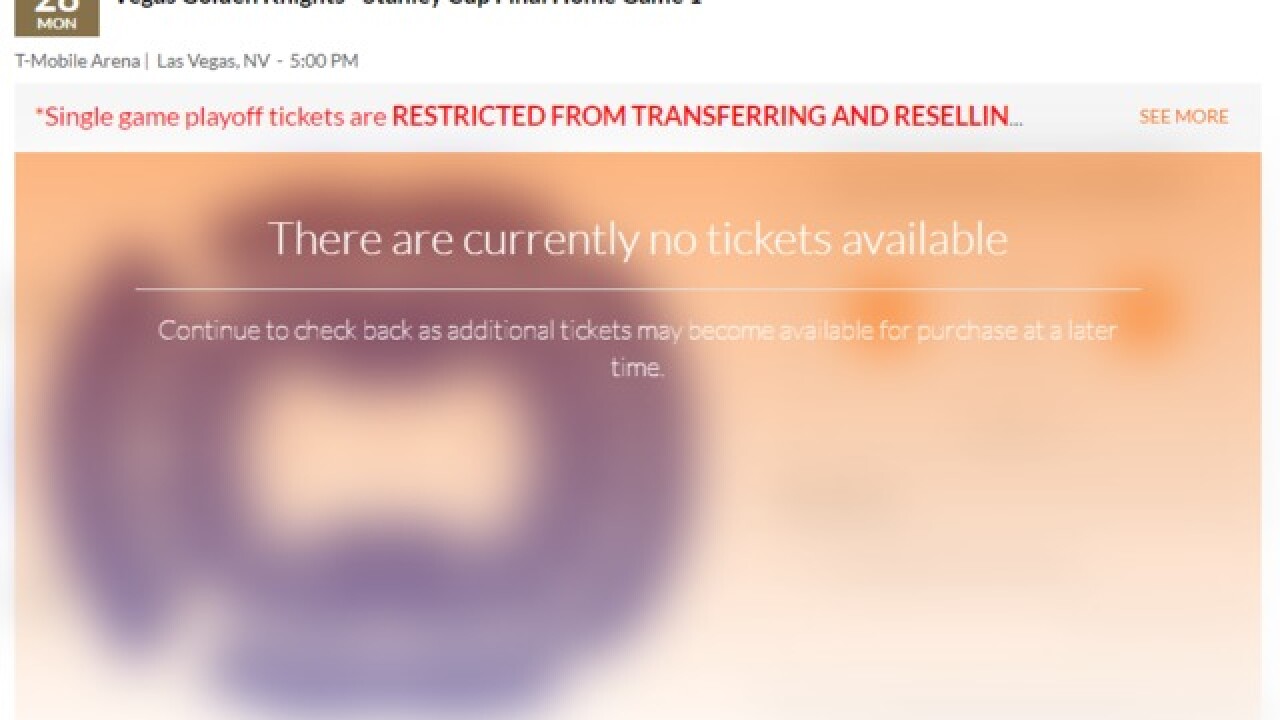 Many fans were worried about Stanley Cup Final ticket prices being too much for them to afford, but what about the ones willing to spend the cash to see the Golden Knights only to find out that the website wouldn't let them?

@GoldenKnights I waited all morning only to be put in a random queue and when I get it, the site wont even load properly so I couldn't select tickets on the map so I can't even get a chance to select seats. now only tickets available are resales for 4 times face value. pic.twitter.com/tcUMGdPDa7

Many of those with complaints seemed to focus them on the AXS ticketing website and the procedures put in place.

your purchase system is a joke. hopefully @TMobileArena and @GoldenKnights find a reliable retailer that can put thier purchasing system on a server that can actually handle more than 2 people. way to screw people.

@axs @GoldenKnights My friend got the Presale for being a season ticket holder, I’m trying the general sale. I hate ticketing sites. I’m getting the error below today. pic.twitter.com/IIZ8q9qTbP

Hey @axs you guys failed me today on @GoldenKnights tickets had 2 in my cart and wouldn't let me log in... pic.twitter.com/4rB3Aml7Pt

We've reached out to the Golden Knights for comment but have yet to hear back.

With that being said, there are a fair amount of fans that were able to get their hands on Stanley Cup tickets during this morning's rush. Those fans are excited to cheer on the Golden Knights as they attempt to cap off their historical season.

Tickets bought and room is booked! See you next Wednesday @GoldenKnights!!! #VegasBorn

If you're still looking for tickets to the Stanley Cup Final games there are options available through secondary ticket market. Websites such as StubHub and SeatGeek will have tickets available.