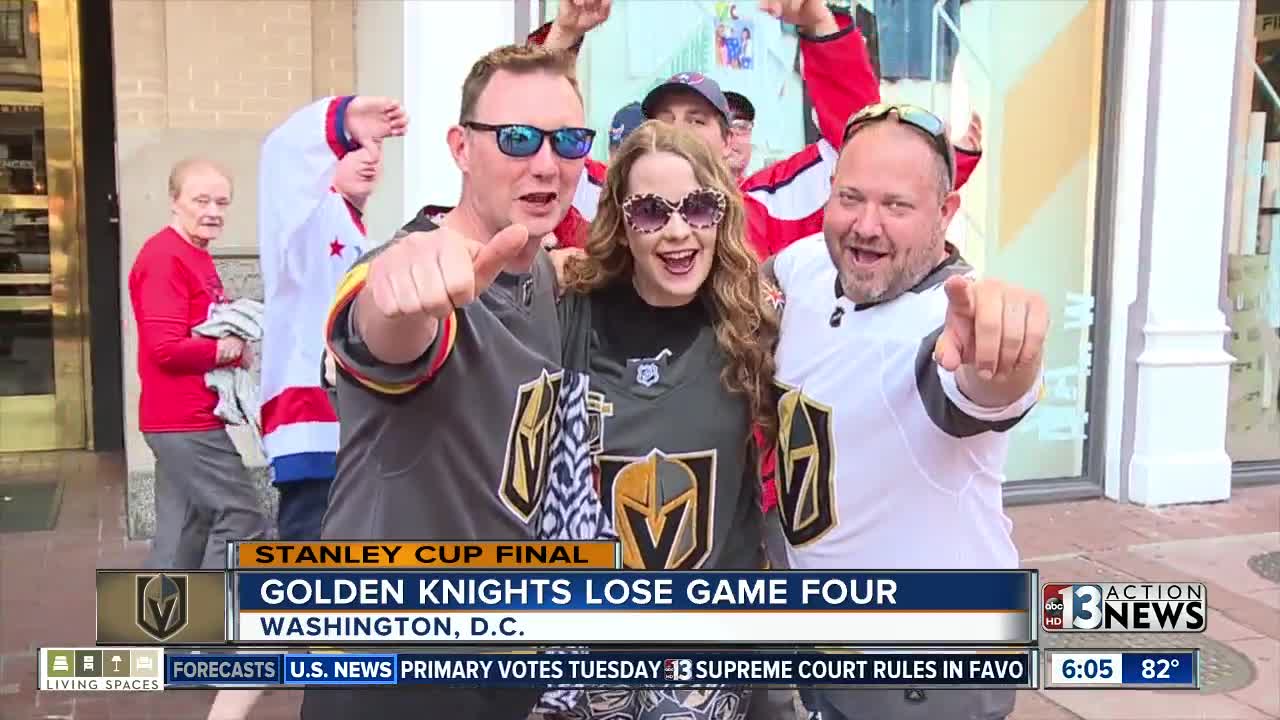 The Golden Knights dropped Game 4 of their Stanley Cup Final match up in Washington D.C. but fans remain excited. 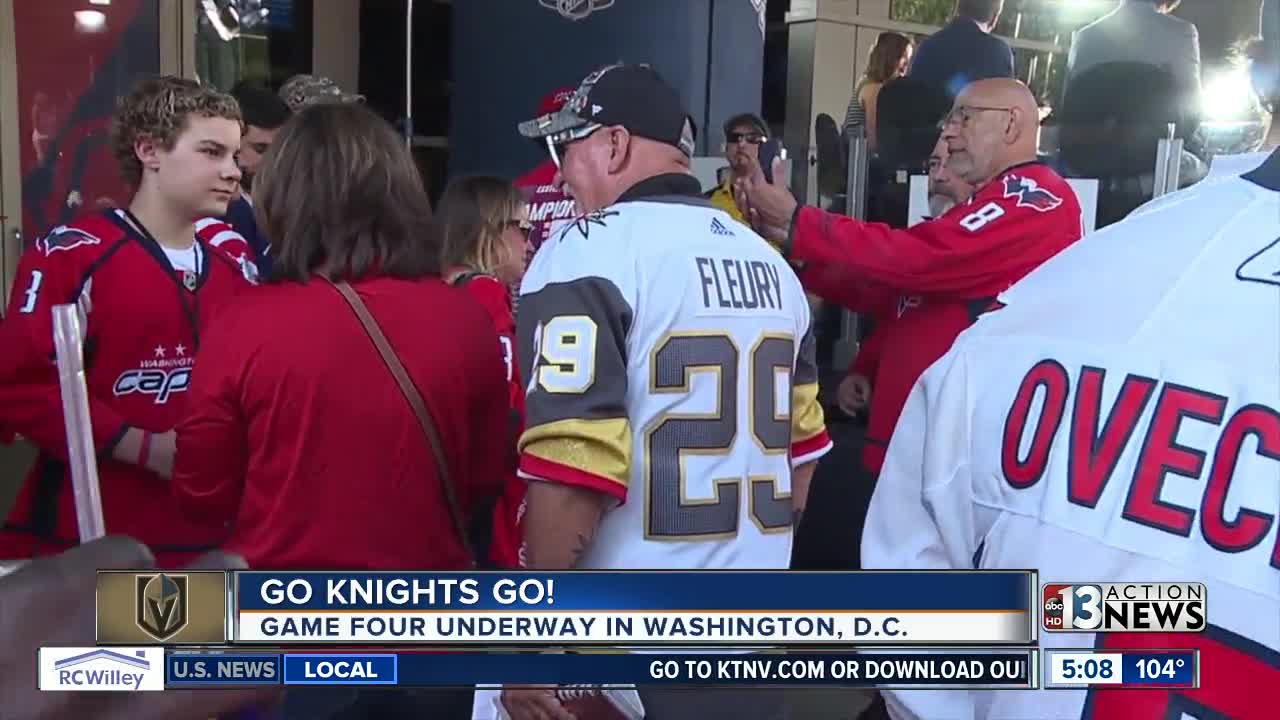 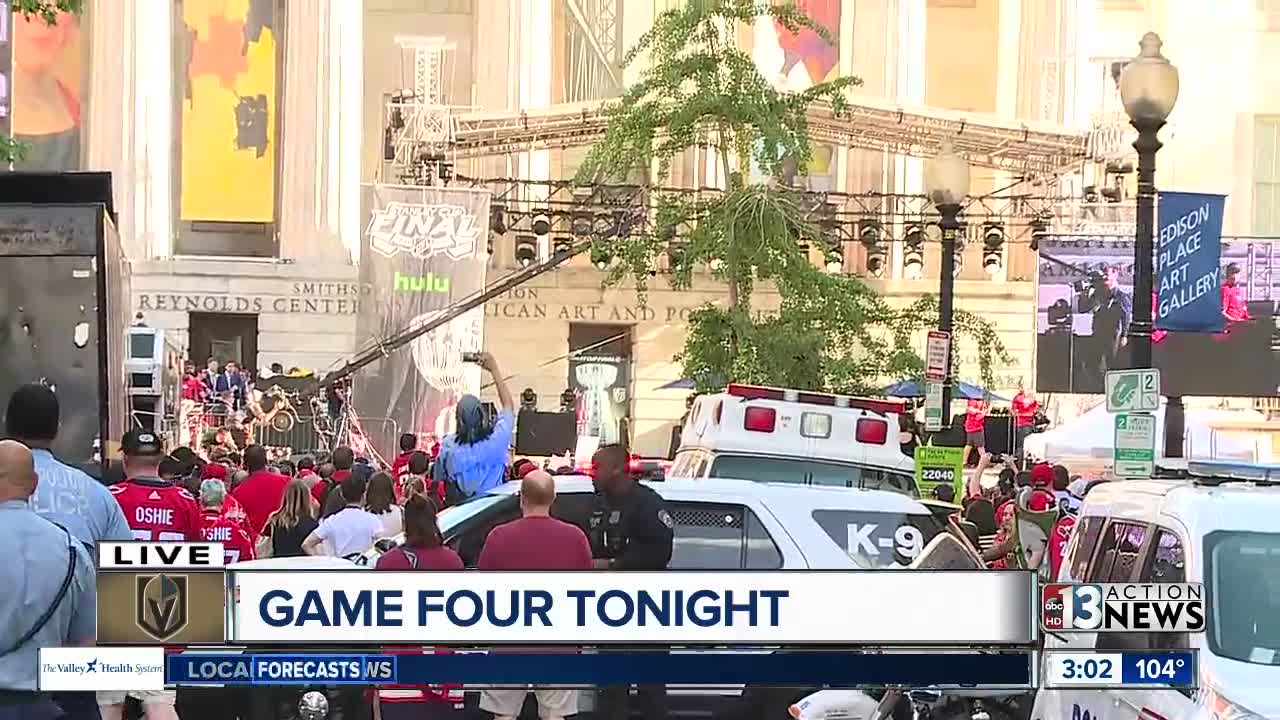 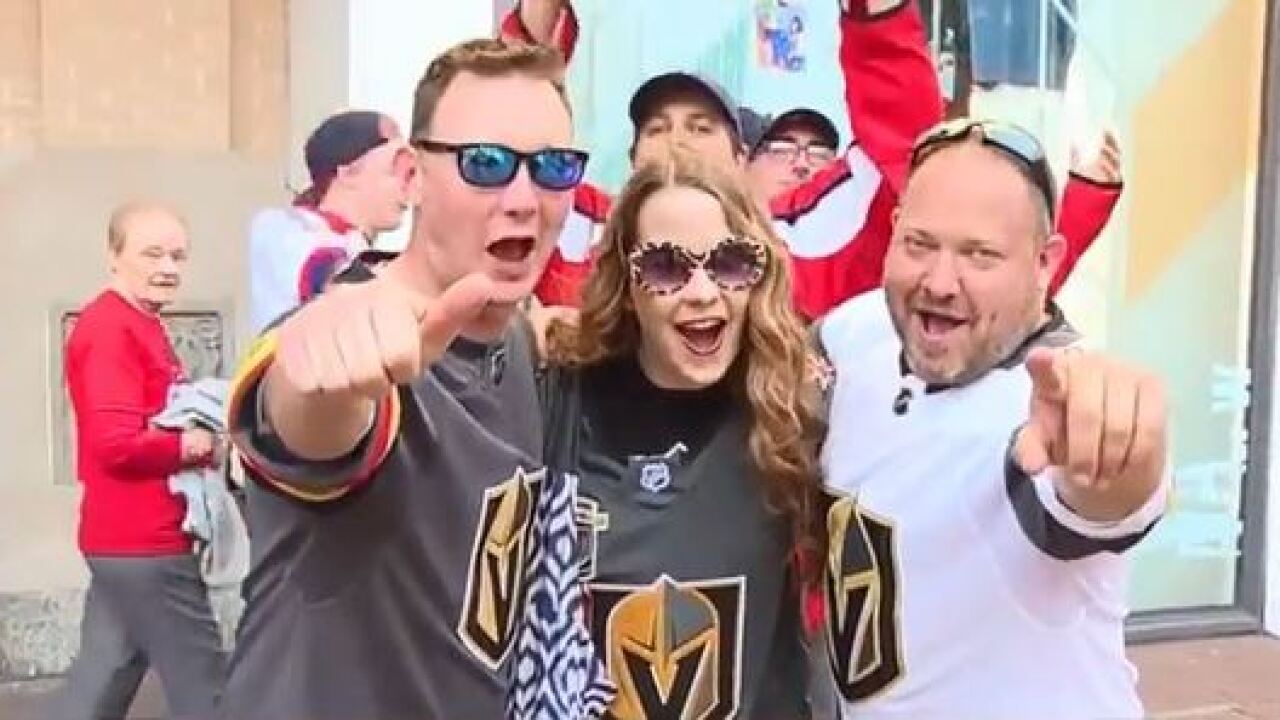 The Golden Knights dropped Game 4 of their Stanley Cup Final matchup in Washington D.C. but fans remain excited for Game 5 at T-Mobile Arena.

13 Action News' Bryan Callahan caught up with people who were at Game 4 and they remained optimistic about the Golden Knights chances.

While most of the fans wore red and blue, there were a few fans who had on black and gold.

The Knights fans say they are having fun even when the fans of the other team try to interrupt their cheers.

One fan told us that he has enjoyed his time there so much already that he has reserved a room for game 6.