It's an RV renaissance. Social distancing may be proving that road trips might have been a great idea all this time. 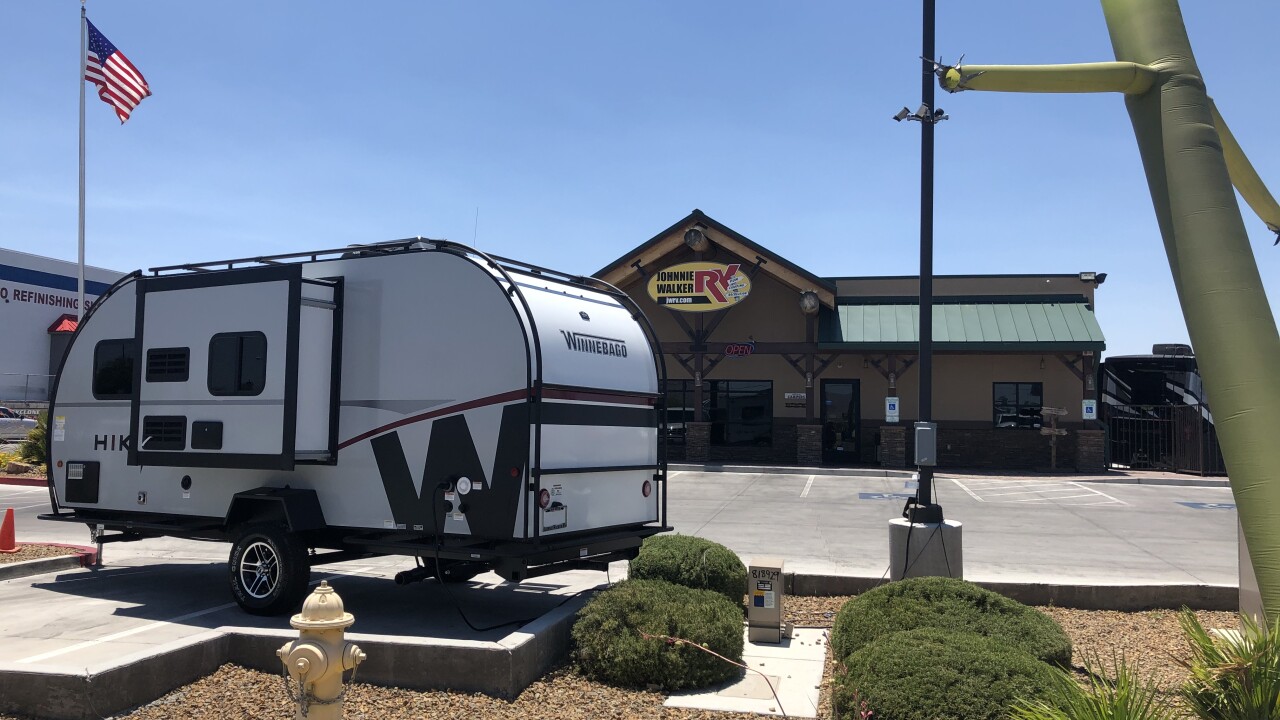 LAS VEGAS (KTNV) — It's an RV renaissance these days with social distancing proving grandma and grandpa might've had it right about road trips the whole time. 13 Action news anchor Tricia Kean shows us, summer plans this year are including more and more of the great outdoors.

Business is booming. Corwin says all three of their locations are seeing more people clamoring for the open road since the pandemic.

"They want to social distance. They want to be with their family and still be safe. So we kind of made a joke and said, these are self-quarantine pods," says Corwin.

Whether you're looking at a travel trailer, motorhome or a fifth wheel, these things come fully loaded with just about everything you need. Ronnie says a lot of the shoppers he's seeing right now are first time buyers.

It's not the first time for shopper Danny Braswell, who's looking for an upgrade.

"Out with the old, in with the new," says customer Danny Braswell.

Just like so many Americans, he and his wife are hitting the highways and byways.

"We're heading to the lake and then we're heading up north, Northern part of Nevada. We go up to Pioche, fishing," says Danny.

DOUBLE, IF NOT TRIPLE THE BUSINESS

Returning customer or first-time buyer, it all adds up to skyrocketing sales. RV maker, Marathon Coach, predicts its national sales will be 30% higher than 2019. Airstream is reporting an 11 percent increase in RV sales between May 1st and May 21st compared to last year.

As for Ronnie, he says it's definitely the best sales he's seen in his 10 years in the business.

"It's definitely double that what we normally see, if not triple," says Corwin.