Nevada Gov. Steve Sisolak didn't elaborate on the answers to problems many have been facing getting their unemployment claims amid the pandemic. 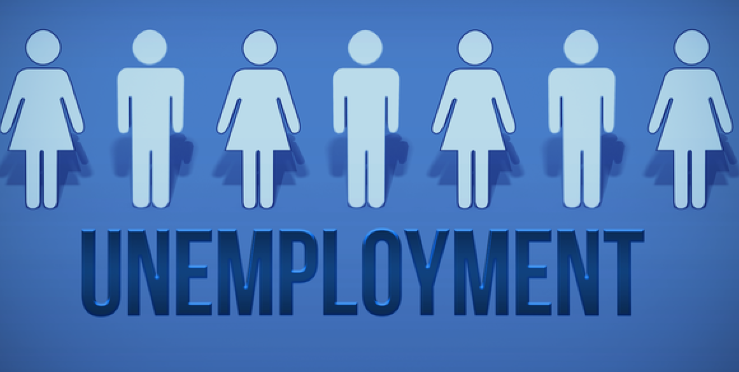 Gov. Steve Sisolak has been invited for a one-on-one interview on the issues facing the unemployment office during the pandemic.

However, his office has referred to getting the weekly updates provided by the Department of Employment, Training and Rehabilitation, known as DETR.

I asked the Governor for a one-on-one interview about unemployment.
Here is the reply:
“The Gov. was unable to accommodate this request last night.
As a reminder, DETR provides weekly status updates to the media via Zoom press conferences.”@KTNV

Stay with 13 Action News for further updates on this story.

ORIGINAL STORY
No mask, no service -- and still no answers.

Freelance photographer Richard Brian Salmeron applied for the federally funded Pandemic Unemployment Assistance just days after the state launched the portal on May 16.

Like dozens of other Nevadans, he says he got an approval letter but still he hasn't seen any money.

RELATED: How are other states handling unemployment claims backlog?

Salmeron says trying to get any help from the hotline is frustrating, and he was eager to get some answers from the governor about what's being done.

Gov. Sisolak has previously called the unemployment system "broken," as it is unable to handle the massive amounts of claims filed since the start of the pandemic.

Let’s hope we have some action today @GovSisolak @CatherineForNV @SenJackyRosen on getting the thousands of Nevadans who are suffering greatly by not getting PUA benefits they have applied for & in many cases are approved !@KTNV The Cares Act passed in March!

But during Wednesday's press conference, instead of acknowledging the consistent issues -- like having claims approved with no money -- Gov. Sisolak answered a reporter's question on the topic this way:

Reporter: "What are [claimants] supposed to do after a month of the system being up and they're not receiving anything? They are told [the Department of Employment, Training & Rehabilitation] is working on it, is there another answer to give them at this point?

Gov. Sisolak: "Unfortunately there is not another answer... DETR is working around the clock to address all these issues. We've gotten to as many of them as we possibly can."

But, the math doesn't add up.

With eight state adjudicators working 12 claims a day, it will take years to get the thousands of Nevadans paid.

Reporter: "Is there any way to speed that up, that process?"

Gov. Sisolak: "They have to be done individually and it can take 30 to 60 minutes to do one claim, which means we've got folks that are in there that are doing 12 claims a day. That's all that they can get through a day."

That answer isn't good enough for Reno Attorney Mark Thierman. He's at the helm of a class-action lawsuit asking a judge to intervene and order changes at DETR.

"If you read it the way it was supposed to be read, and maybe not the exactly way it was written, and you get the right result," said Thierman. "Then I've done my job."

I asked the Governor for a one-on-one interview about unemployment.
Here is the reply:
“The Gov. was unable to accommodate this request last night.
As a reminder, DETR provides weekly status updates to the media via Zoom press conferences.”@KTNV

RELATED TO THE LAWSUIT:

People have had to sell personal items, maxed out credit cards, have negative balances on their bank accounts and have suffered depression.

"I've met Sisolak, I've taken his pictures," said claimant Salmeron. "I've voted for him, but I feel let down by him right now."

13 Action News Achor Tricia Kean has been tweeting Gov. Sisolak and Nevada's U.S. Senators asking for the National Guard to help with the situation, like other states have done.

12 claims a day process by 8 adjudicators in NV? @GovSisolak You don’t think we need Emergency help to get Nevadans 60k plus UI and PUA money? Other States have called in the National Guard for Emergency help. Why isn’t Nevada? @GovSisolak @KTNV

On Wednesday afternoon, the judge in the class-action lawsuit put more pressure on DETR, making the state of Nevada show cause as to why the state isn't paying PUA claims.

The state must submit a reason for the delay that satisfies the judge by July 7 or it will be ordered to pay up immediately.

Finally, a Judge is making the State of Nevada show cause as to why they aren’t paying PUA claims by July 7th or he will order the State to pay up! @KTNV @GovSisolak @realDonaldTrump

13 Action News will stay on top of this pressing issue.