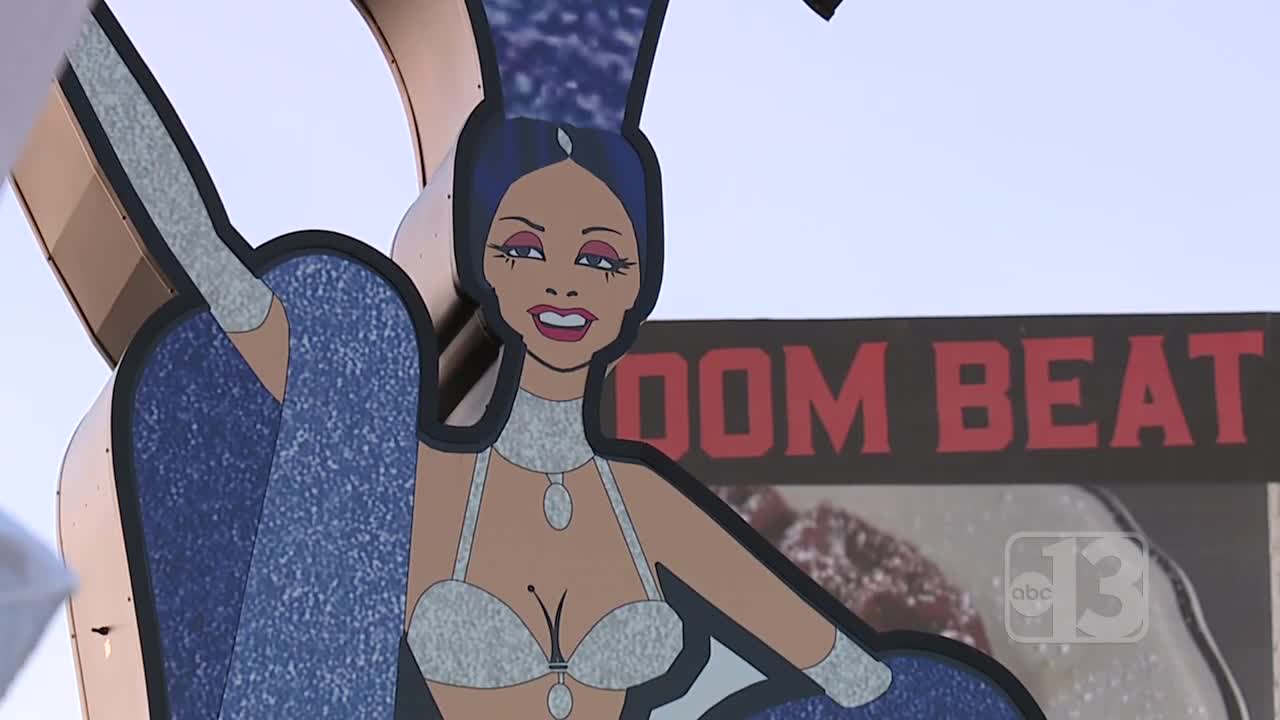 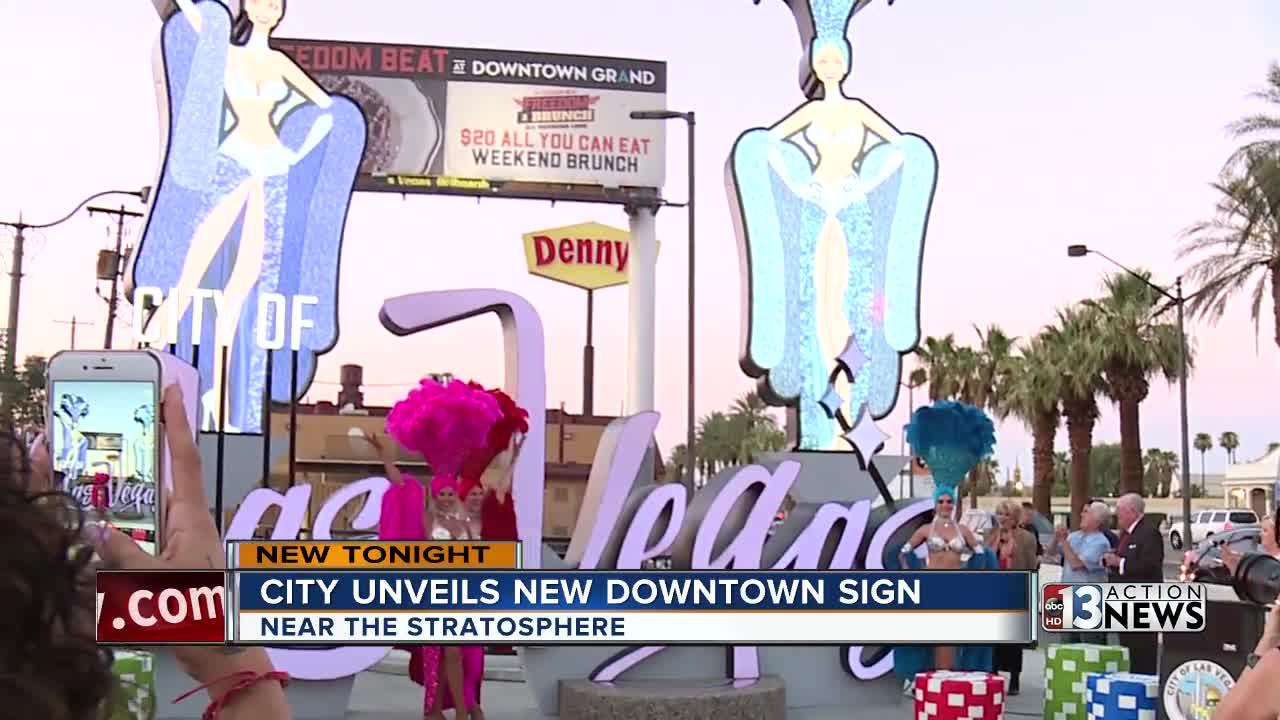 The gateway into downtown Las Vegas sign just north of the Stratosphere was officially lit up Tuesday night.

It's a head turner that may not stop traffic, but will surely slow it down. They are modeled after the showgirls that often accompany former mayor Oscar Goodman.

The display replaces another sign that resembled the famous Welcome To Fabulous Las Vegas sign at the south end of The Strip. It was knocked down when a driver crashed into it two years ago.

Soon an archway over Las Vegas Boulevard farther south near Sahara Avenue will complete the new attraction which is an investment in luring people back to the city's core.

"They didn't realize what they were leaving behind. Because now what we have,those of us who stayed and those of us who come back are being really, really rewarded," said Coffin. "Because it's a culture reminiscent of the old small town Las Vegas."

"We saw the renderings and now when you see it in person it's just beautiful. This is a great gateway into downtown. And heck let's remind the world that this is where the Strip began."