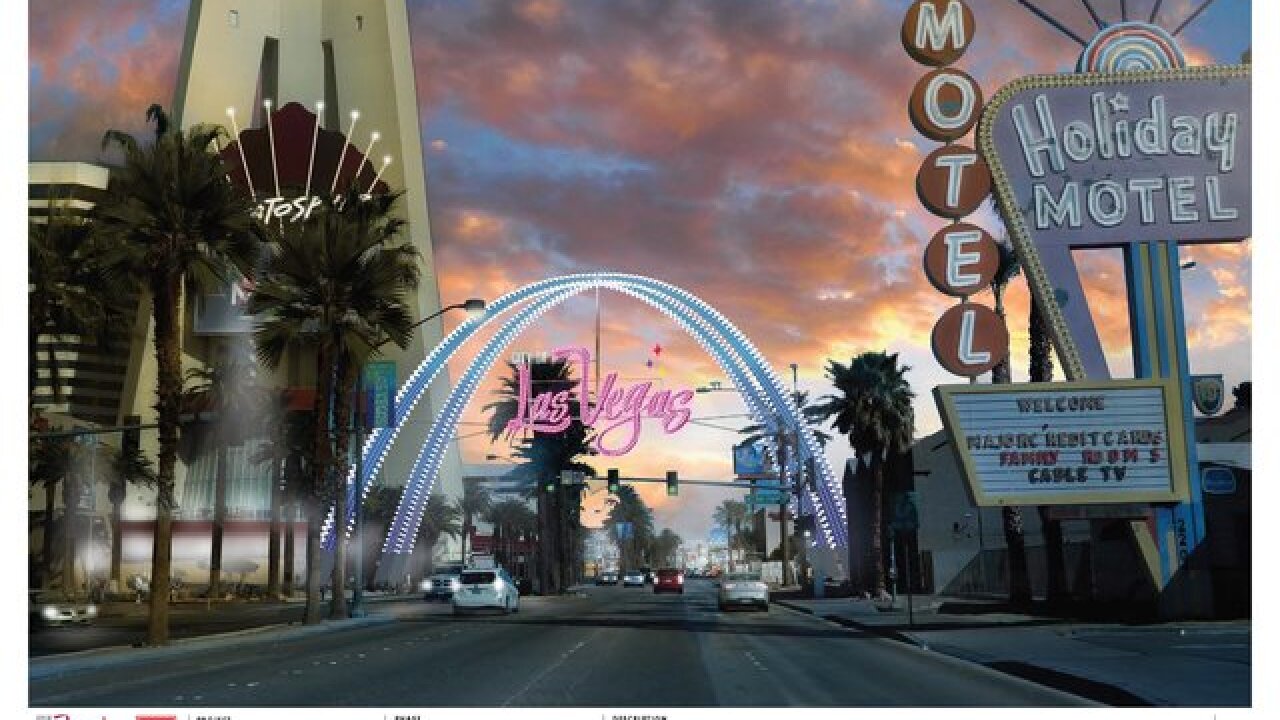 Copyright 2018 Scripps Media, Inc. All rights reserved. This material may not be published, broadcast, rewritten, or redistributed.
City of Las Vegas 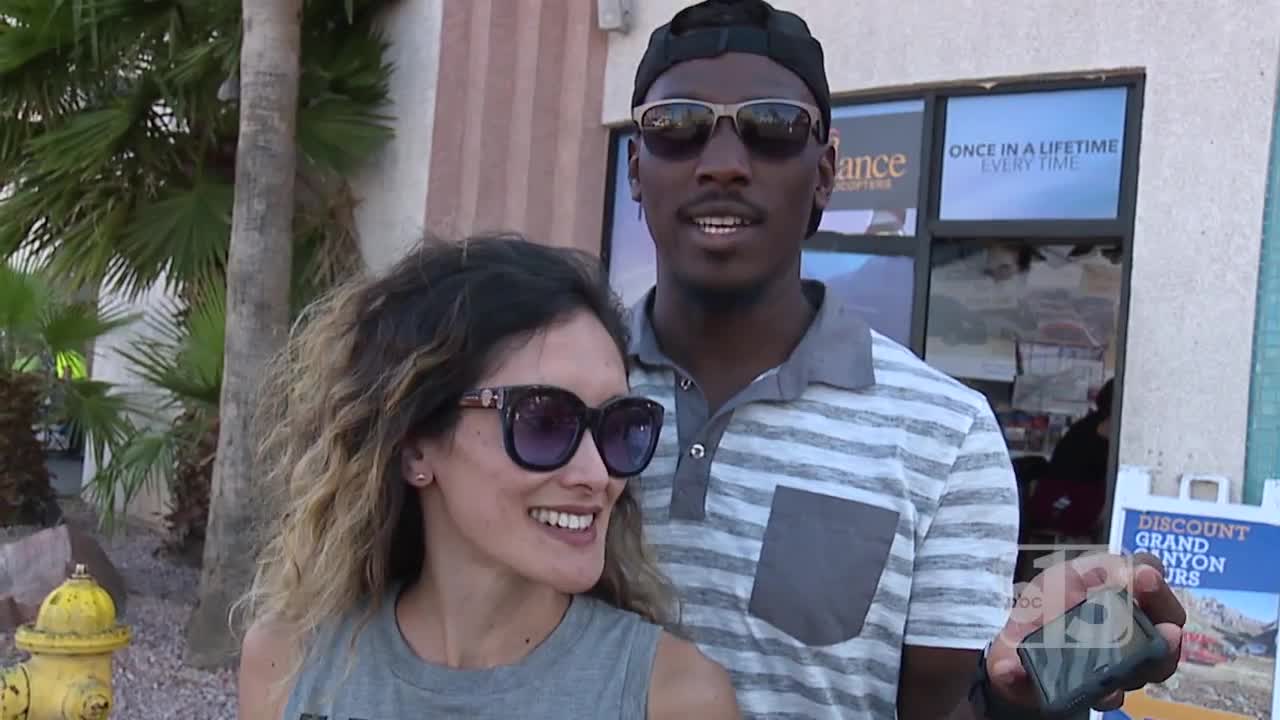 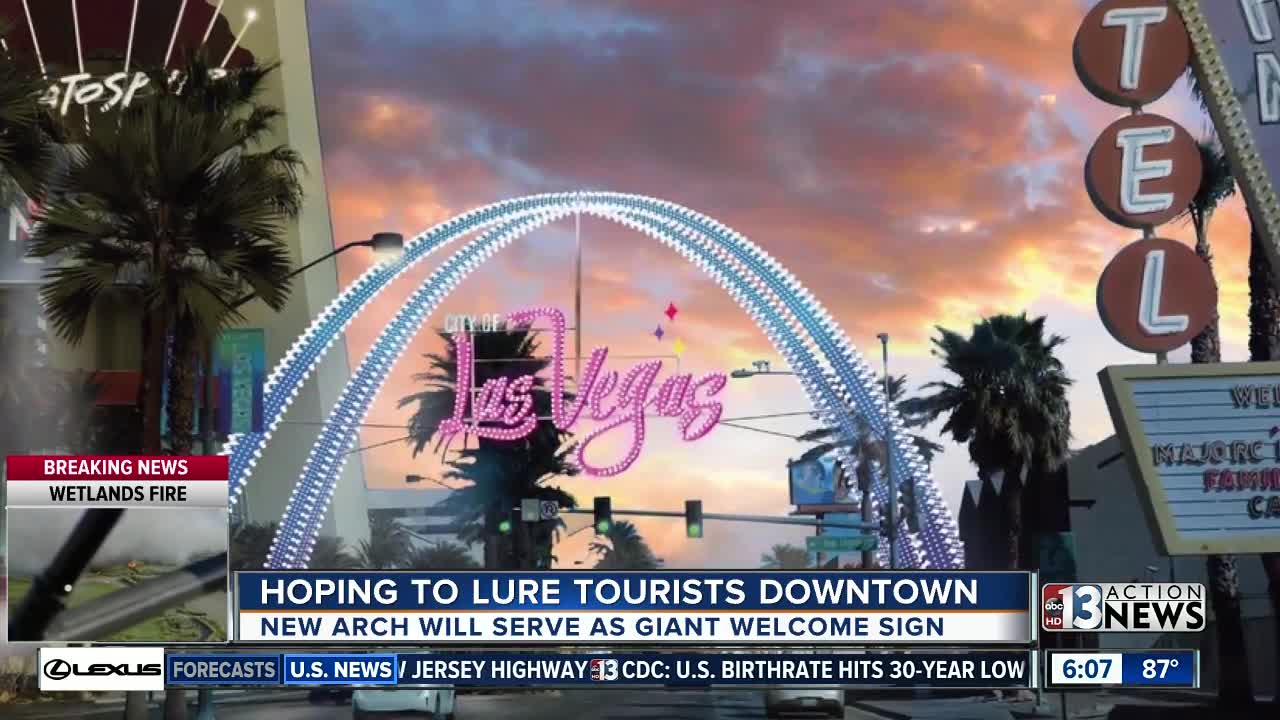 The city of Las Vegas is going to be getting a new sign to welcome residents and visitors alike.

Mayor Carolyn Goodman first announced the sign, to be located at 1830 S. Las Vegas Boulevard, just north of the Stratosphere at St. Louis Avenue, during her State of Vegas address in January.

We had some more info on new signage coming to downtown @CityOfLasVegas at yesterday’s City Council meeting. We first announced this at the #stateofvegas in January. Excited! pic.twitter.com/I1ngvsVzt6

The sign would replace the Welcome to Downtown Las Vegas sign with an arch and updated logo of Las Vegas. That sign was knocked down after a driver crashed into it in July 2016.

The updated sign is estimated to cost $60,000, coming out of the city's General Fund, according to a City Council document.

Right now, there is a temporary banner at the intersection marking the start of downtown Las Vegas, but for some, it's now enough to lure them, especially considering the north Strip area isn't always a safe area.

"There's a little blight in that neighborhood, so people are nervous about going there to be truthful," says Scott Roeben with Vital Vegas.

He says he likes the idea of the new sign, and that having a flashy Vegas-themed beacon could hopefully help jumpstart the north strip Renaissance, and also draw in more visitors downtown.  "The city of Las Vegas understand it's reliant on the traffic coming from the Strip," he says.