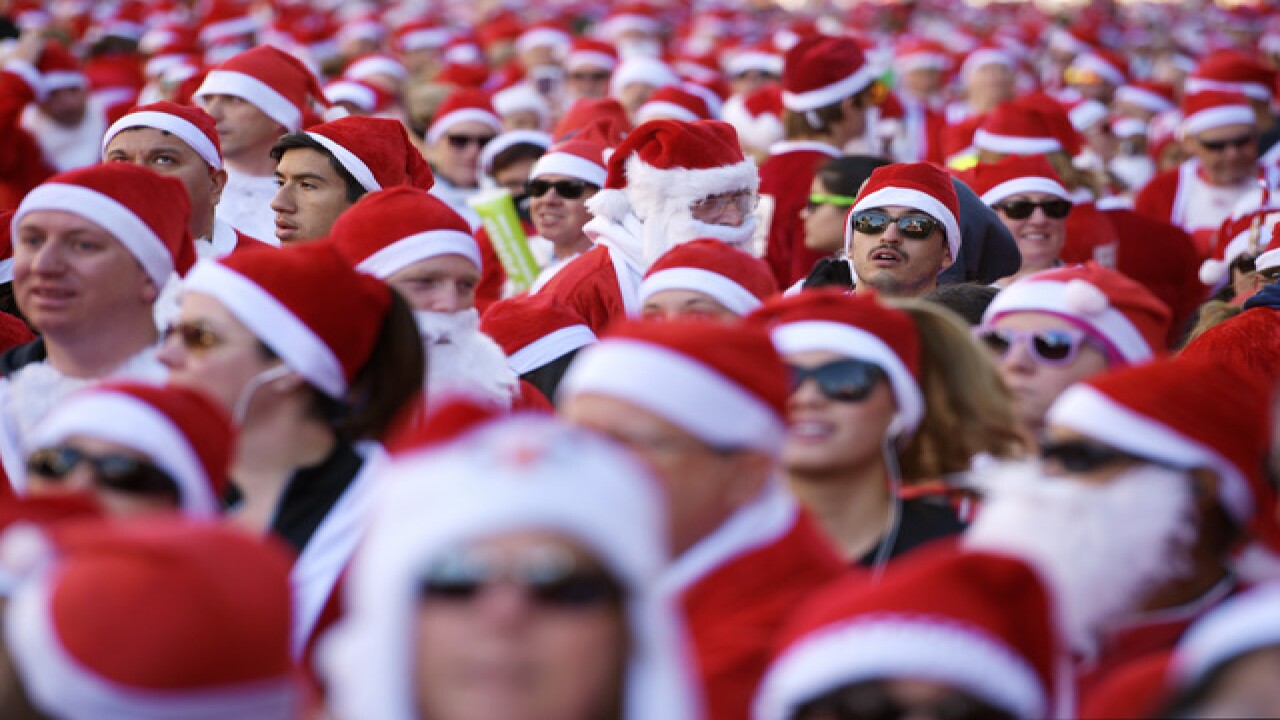 LAS VEGAS (KTNV) — The Las Vegas Great Santa Run is returning to Downtown Las Vegas on the Fremont Street Experience for the 15th Anniversary edition of the charity run on Dec. 7.

“Jackie and I are very excited to partner with Opportunity Village and lead the Las Vegas community as Grand Marshals of the 15th annual Las Vegas Great Santa Run,” said A’ja Wilson, two-time WNBA All-Star and the 2018 WNBA Rookie of the Year. “We know this year will be bigger than ever. I can’t wait to celebrate this incredible cause with thousands of our fans, supporters, and friends.”

A post-race party will take place at the Zappos’ Llama Lot for all participants, family and friends. The general public is also welcome to attend at no charge.

Mark Shunock (Golden Knights in-arena host) will emcee the after party with a variety of performances including: WOW! The Vegas Spectacular, Kung Pow (DJ), Celestia the Show, Elvis Presley’s Heartbreak Hotel in Concert, and Empire Records.

The last two No. 1 overall draft selections of the @WNBA – @LVAces' @_ajawilson22 & @JackieYoung3 – will join a sea of Santas alongside #OpportunityVillage as they proudly serve as the official 5K co-Grand Marshals of the #LVSantaRun! 🎅🏀😍 #DoubleDown pic.twitter.com/lHgtCtOLA6

Registration is now open for the 2019 Las Vegas Great Santa Run at LVSantaRun.com and is $40 for general participation, free for children three and under, and $10 for canine companions.

The top three individual fundraisers of the Las Vegas Great Santa Run will win two tickets to see Christina Aguilera's Las Vegas residency at the Zappos Theater inside Planet Hollywood. As a bonus, this year Opportunity Village has partnered with LaLa Photography as the official photographer of the fun run. They will be taking photos along the course and commemorative shots of participants with their medals at the after-party.