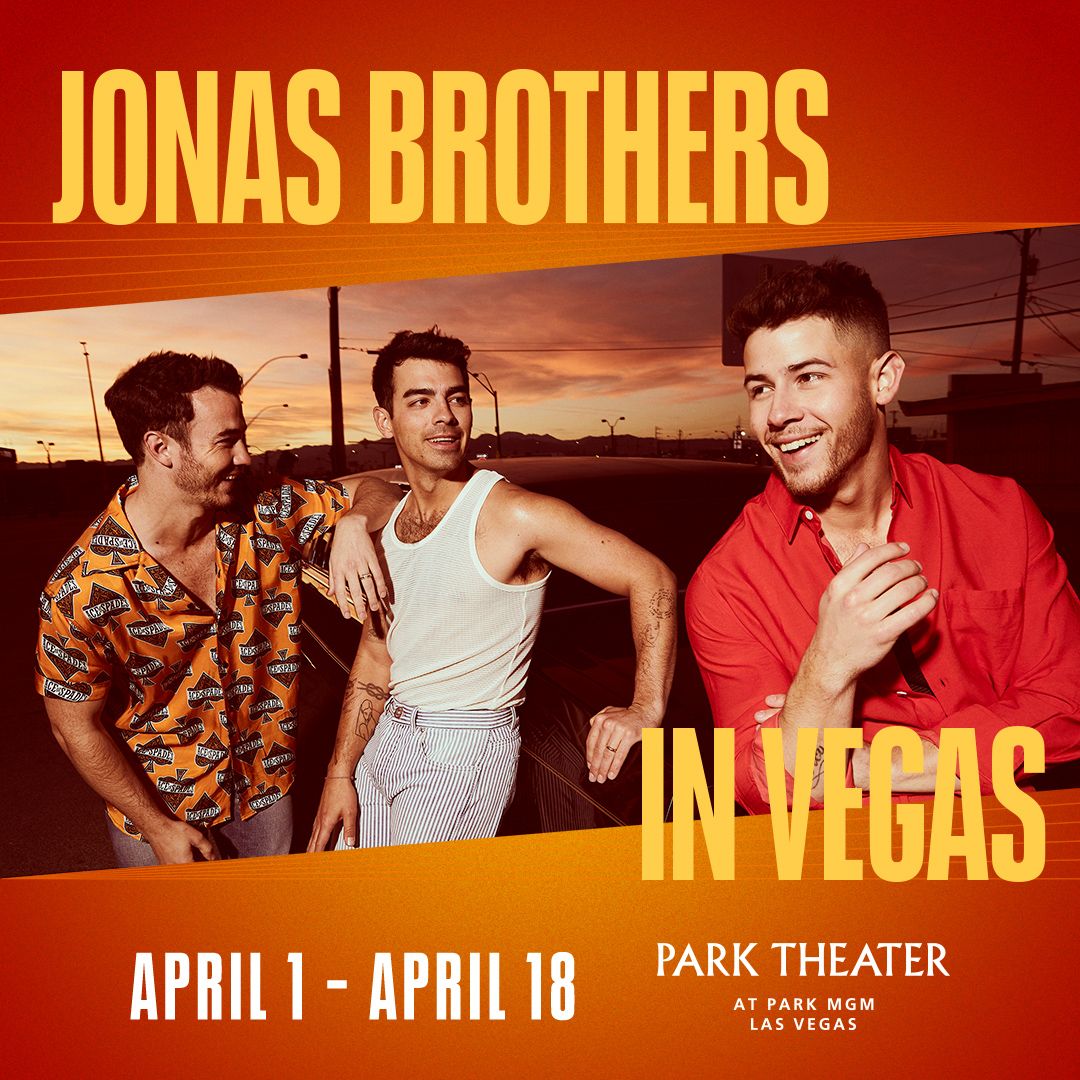 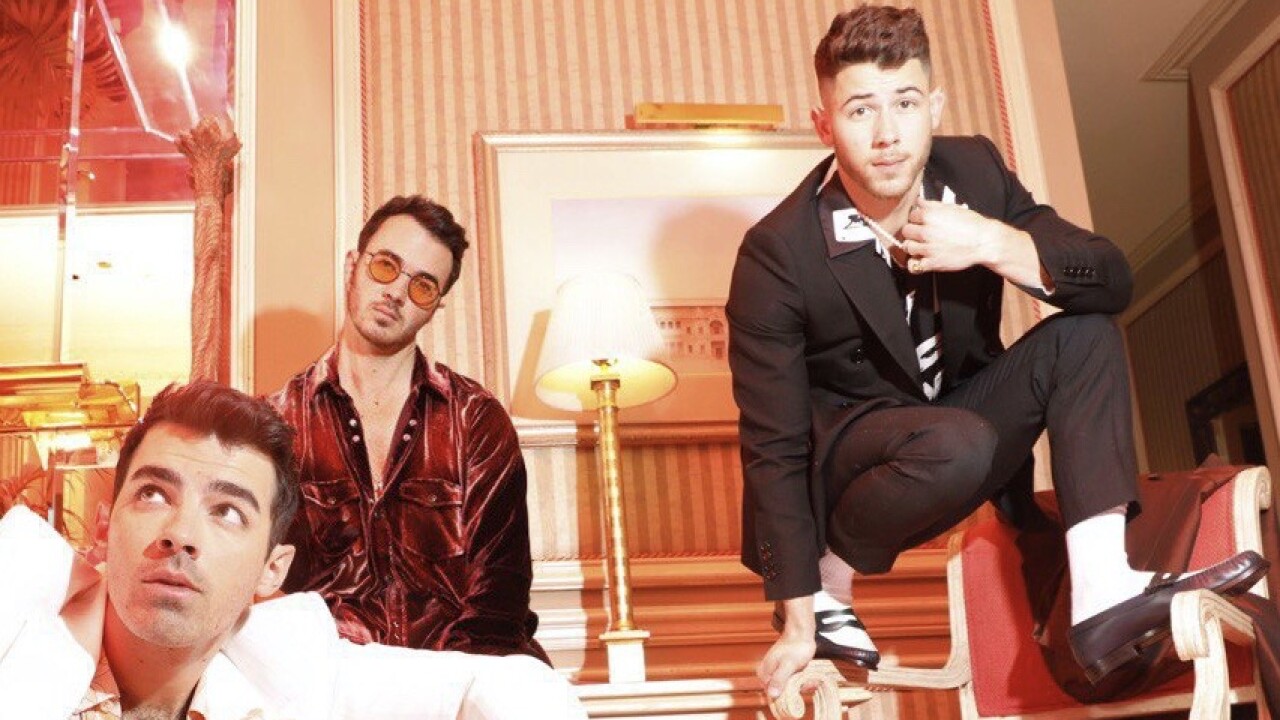 LAS VEGAS (KTNV) — On the heels of releasing their first new single of 2020, “What A Man Gotta Do,” GRAMMY® Award-nominated trio Jonas Brothers have announced their Las Vegas residency at Park Theater at Park MGM beginning April 1. Tune into the 62nd Annual GRAMMY Awards® this Sunday, Jan. 26, when Jonas Brothers will perform “What A Man Gotta Do” live for the first time. The celebrated group will also vie for “Best Pop Duo/Group Performance” statue at the ceremony.

Citi is the official presale credit card of the Jonas Brothers residency at Park Theater. As such, Citi cardmembers will have access to purchase presale tickets beginning Monday, Jan. 27 at 10 a.m. PST through Citi Entertainment®. For complete presale details visit www.citientertainment.com.

Let's get it! Let's gooooo!! We’re headed to VEGAS for a brand new residency at Park Theater at Park MGM April 1 – 18!! CITI presale starts Monday, 1/27 at 10AM PT🔥 pic.twitter.com/ZtSRlbhuhh

Jonas Brothers fan club members will receive access to an exclusive presale beginning Tuesday, Jan. 28 at 10 a.m. PST. M life Rewards loyalty members, as well as Live Nation and Ticketmaster customers, will receive access to a presale scheduled to begin Wednesday, Jan. 29 at 10 a.m. PST. To join the M life Rewards program, or for more information, visit mlife.com.
All presales end Thursday, Jan. 30 at 10 p.m. PST. Tickets starting at $69 (not including applicable service charges or fees) go on sale Friday, Jan. 31 at 10 a.m. PST. Tickets can be purchased at all Ticketmaster outlets or online at Ticketmaster.com or ParkTheaterLV.com. Tickets also can be purchased through the MGM Resorts International Call Center at (888) 529-4828. All shows are scheduled to begin at 8 p.m.

Jonas Brothers opened the floodgates for a new era of titans in pop music. Following a six-year hiatus, Jonas Brothers took 2019 by storm with the surprise release of their critically acclaimed and widely successful single "Sucker." The double-platinum single debuted at #1 on Billboard's Hot 100, becoming the first #1 for the band and the first #1 debut from a group this century. The song emerged as a cultural phenomenon, ranking #1 on Billboard’s critic's picks list of the “50 Best Songs of 2019,” and standing out as the top song on U.S. Radio in 2019, according to Nielsen Music/MRC Data.

Making history once more, the band delivered their third #1 album debut with the release of their platinum-selling album Happiness Begins. The band continued to soar with their sold-out “Happiness Begins Tour,” with over 1 million tickets sold. The tour received unanimous praise with Billboard writing, “The ‘Happiness Begins’ Tour feels like a celebration of everything in the Jonas Brothers' career, but also the beginning of their larger-than-life new chapter,” and The Washington Post saying “There hasn’t been a boy band in recent history that’s made a comeback quite like Jonas Brothers.”

Moreover, Rolling Stone summed it best, “Following a six year hiatus, it almost feels like the Jonas Brothers are bigger than ever.” The band closed out a banner year with the release of “Only Human,” another Top 5 hit on both Top 40 and Hot AC radio airplay charts.

What’s more, they garnered a bevy of awards, including a 2019 MTV Video Music Award for "Best Pop Video" and two 2019 Teen Choice Awards for "Artist Of The Decade" and "Choice Summer Group.” Plus, they were nominated in top categories at the American Music Awards, including “Favorite Duo or Group Pop/Rock” and “Favorite Song Pop/Rock.” Most recently, they notched their second GRAMMY® nomination for “Best Pop Duo/Group Performance.”