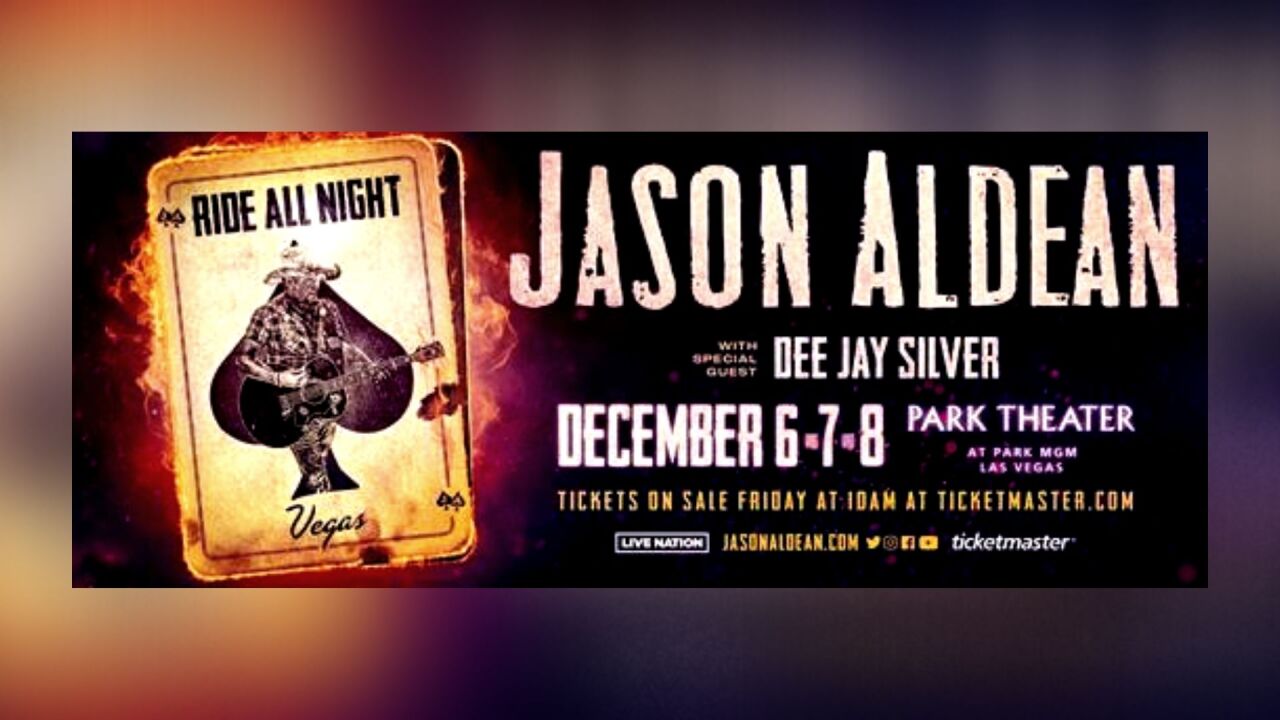 Aldean will lead a three-night event dubbed "Jason Aldean: Ride All Night Vegas" that will launch on Dec. 6 with back-to-back nights at the Park Theater at Park MGM.

Academy of Country Music's Artist of the Decade is expected to perform fan-favorite hits and tracks from his No. 1 selling album "Rearview Town," according to an event press release.

“I’ve wanted to bring our show back to Vegas for a while now, and the timing feels right,” Aldean said. “We’re going to pack up the show, set it up for a couple of days and hang out with our Vegas family. I’m looking forward to being back.”

Aldean was on stage during the shooting that occurred at the Route 91 Harvest country music festival back on Oct. 1, 2017, and has since dedicated his latest album to the 58 people killed that night.

The three-time ACM Entertainer of the Year has also ushered in more than four billion digital streams, sold over 18 million albums and raised over $6 million for charities across the country, according to an event spokesperson.

Ticket prices start at $39 for December's concerts and will go on sale to the general public on Aug. 23 at 10 a.m. PST, according to an event spokesperson.

M life Rewards loyalty members, Live Nation, and Ticketmaster customers will also have an option for presale tickets starting on Aug. 22 at 10 a.m.

More information about December's events is available here along with ticket options.