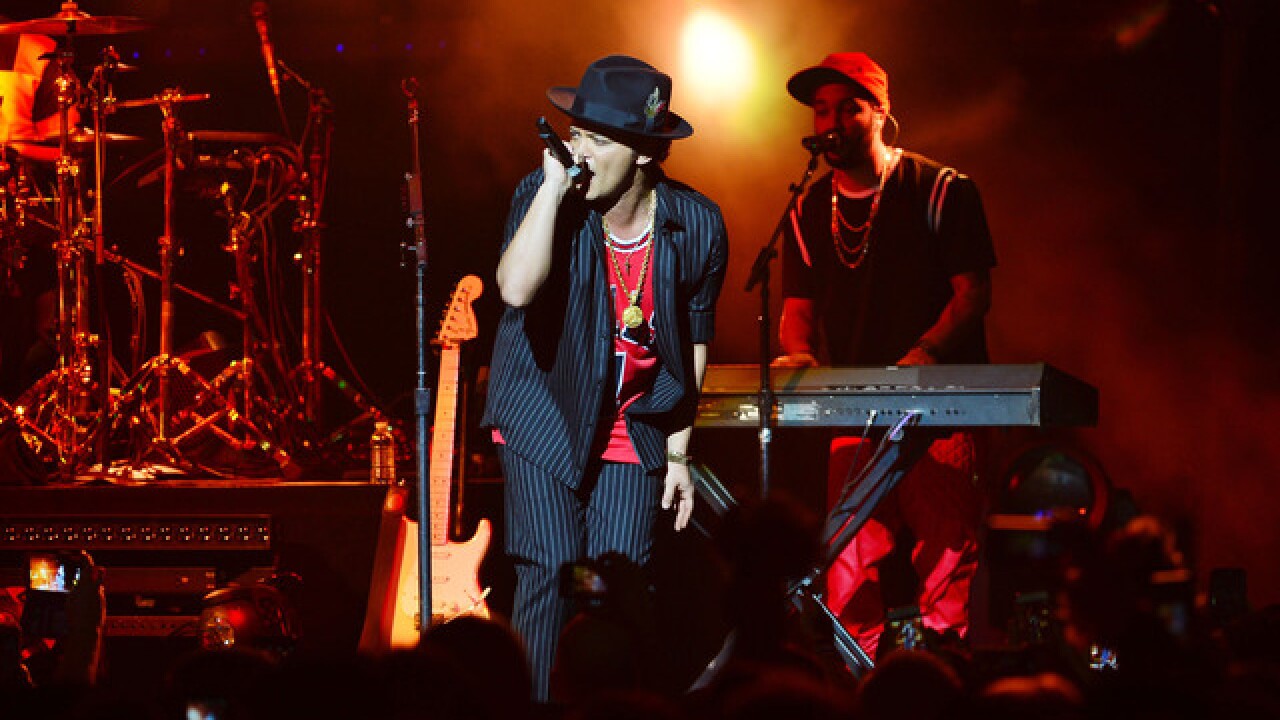 Denise Truscello
<p>Bruno Mars performs on New Years Eve at The Chelsea at The Cosmopolitan of Las Vegas on December 31, 2015 in Las Vegas, Nevada.</p>

This time, he'll be helping kick off the new entertainment venue -- Park Theater -- at the Monte Carlo hotel-casino on the Las Vegas Strip on New Year's Eve weekend.

Mars will ring in the New Year with performances on Dec. 30 and Dec. 31. He also has performances scheduled at Park Theater for March 11 and March 12 in 2017.

The Las Vegas performances are part of long-term relationship with MGM Resorts International. He will also be performing at The Theater at MGM National Harbor in Maryland. He will host a special engagement on Dec. 27 at MGM National Harbor. Tickets for the Maryland show range from $150 to $395, not including applicable service charges, and go on sale Oct. 14 at 10 a.m. EST.  Click here to purchase. https://www.mgmnationalharbor.com/en.html

Tickets for the four performances in Las Vegas range from $99.50 to $550, not including applicable service charges, and go on sale Friday, Oct. 14 at 10 a.m. PDT.  Ticket sales are limited to eight (8) per person.  Tickets can be purchased online at parktheaterlv.com or ticketmaster.com.  For more show and ticket information, visit parktheaterlv.com.

The new 5,300-seat Park Theater, with its state-of-the-art audio and visual technology, will provide artists an exclusive space to create one-of-a-kind productions where every seat allows guests to feel up close and personal.