World-famous chefs and others react to Anthony Bourdain death 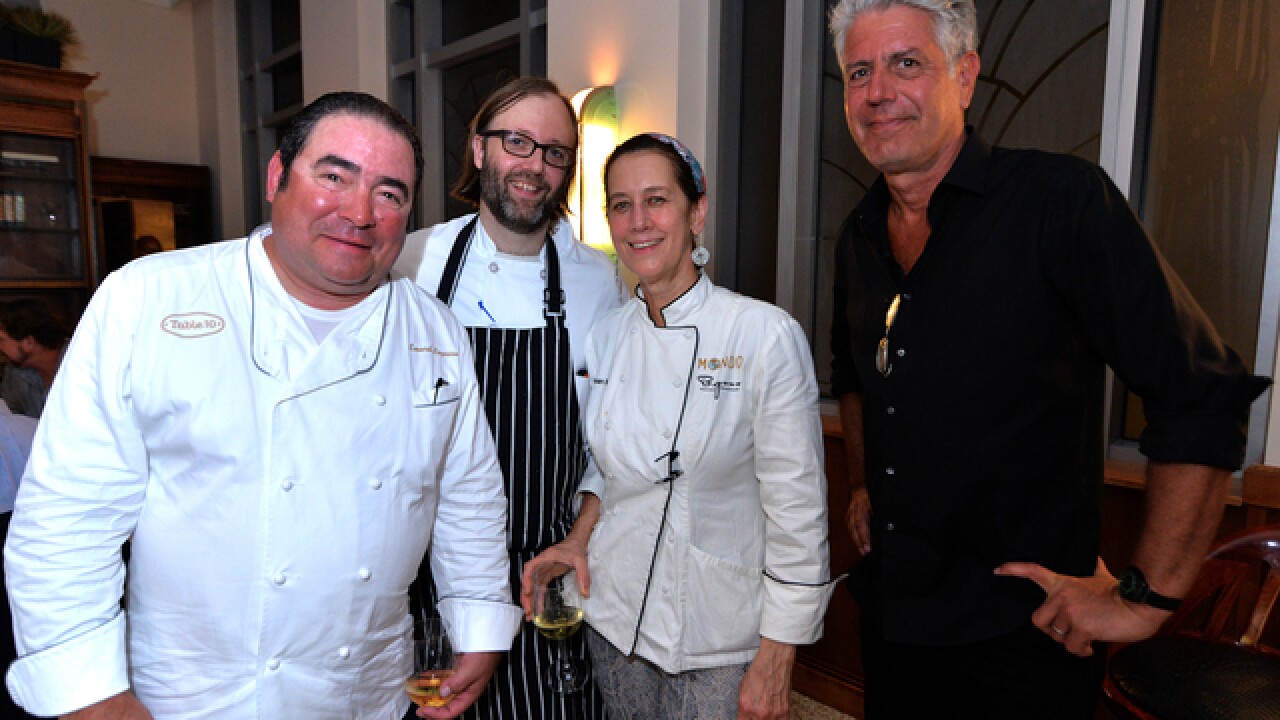 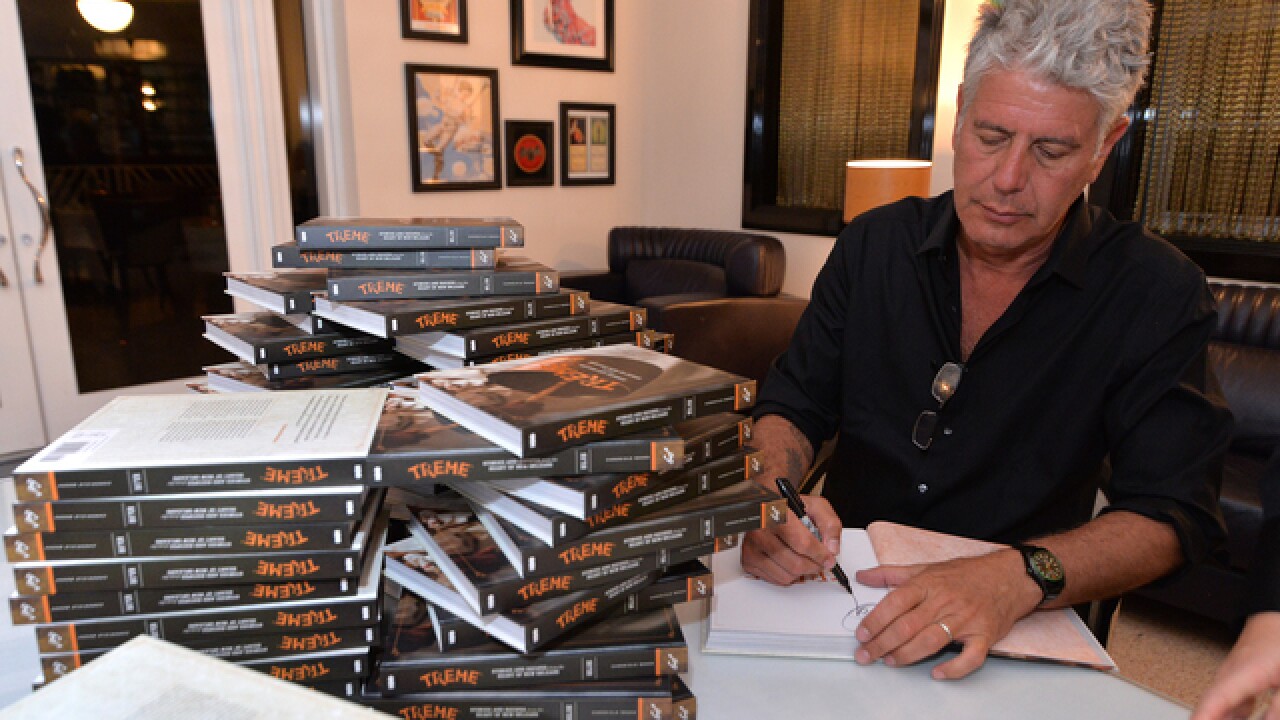 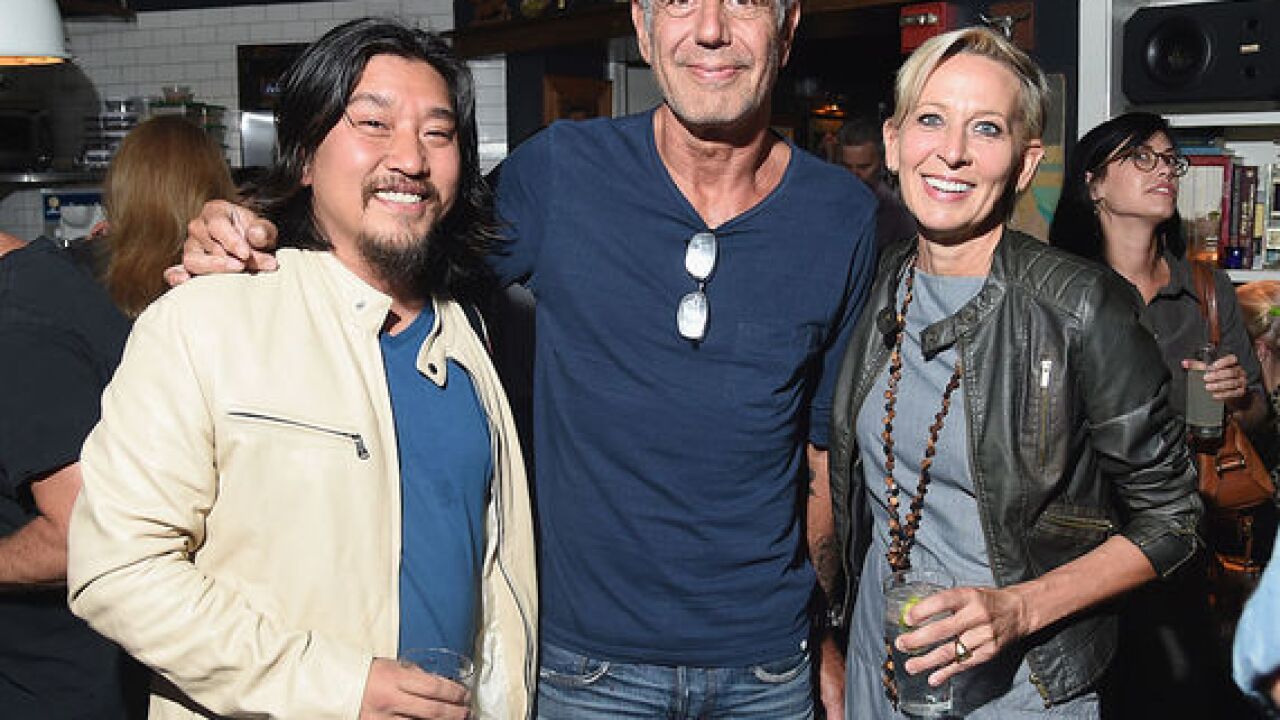 After news broke early Friday morning that well-known chef, author and television host Anthony Bourdain apparently killed himself while in France to work on an upcoming episode of "Parts Unknown," many of his colleagues and friends began expressing their grief on social media.

I’m shocked and extremely saddened by the tragic loss of such an inspiring man. Tony was a great soul, a mentor, a friend, a father, and an incredible chef.

Well I’m in Scotland with our wounded warriors , and 45 Commando getting ready to start the cateran Yomp 22 miles. Sad day to Hear the loss of a great Guy #AnthonyBourdain.My Thoughts and prayers are with his Family 🙏😇

Gutted to hear we’ve lost @Bourdain. If you are ever feeling alone, please call the National Suicide Prevention Hotline: 1 (800) 273-8255.

I have to say I’m in total shock to hear that the amazing @Bourdain has just died 💔 he really broke the mould, pushed the culinary conversation, Rest in peace chef 👨‍🍳 🙏 thoughts and love to all his family and close friends xxxxxxxxxxx pic.twitter.com/HB7sV7CeRH

Im so angry this morning. Life is fucking hard and crazy and Tony I love you. Im wearing your boots that I never wore because they were yours, and going to work. Everyone should hug some extra people today. My heart is heavy. https://t.co/2lFmz1UvWK pic.twitter.com/62Qcjwo33f

RIP doubtful. Tony’s restless spirit will roam the earth in search of justice, truth and a great bowl of noodles. @Bourdain

Couldn’t have said it better..... so sad xx https://t.co/E7IFEIggcl

My friend..I know you are on a Ferry going to somewhere amazing.....you still had so many places to show us, whispering to our souls the great possibilities beyond what we could see with our own eyes...you only saw beauty in all https://t.co/Ltw9HrCBb2 will always travel with me https://t.co/Yv4Ntud6X0

Stunned and saddened by the loss of Anthony Bourdain. He brought the world into our homes and inspired so many people to explore cultures and cities through their food. Remember that help is a phone call away US:1-800-273-TALK UK: 116 123

I will miss him. pic.twitter.com/M0BJUXkeep

Rashad Robinson, Executive Director for Color Of Change and foodie

This week has been difficult and sad. Anthony Bourdain was an incredible storyteller who was one of the few white celebrities who didn’t talk about food from a place of privilege. He talked about restaurant workers’ rights, immigrant rights, politics, and human rights. RIP Tony.

My favourite Anthony Bourdain moment was when he went to Punjab and realized that vegetarian food in India is unlike vegetarian food anywhere else. pic.twitter.com/kmOVX89ftL

Anthony Bourdain was a genius, a warrior, a survivor & a fearless friend. He was also very humane. Some of us battle monsters. Humans let their guards down. Monsters monster. #RipAnthony This World Lost A Very Good Man.

Anthony Bourdain gave so many of us the courage to walk through doors without signs, to approach a distant bonfire, to delve deeper into worlds and cultures unlike our own. Let’s keep exploring and traveling and listening to each other—it’s the legacy he deserves.

I wrote about the joy Anthony Bourdain found throughout the world, and why that makes his death hurt even more: https://t.co/Q5Oe9foM4R pic.twitter.com/VBNDApKpkb

This is pretty tragic. Anthony Bourdain, you were someone who was genuinely cool and I looked up to. RIP Anyone who is having suicidal ideations, please seek help. There are ways to feel better. Let’s end the stigma around mental illness and help those who need it. ❤️ pic.twitter.com/p97FcJqTsC

I've rewritten this over & over. @Bourdain had a huge influence on my career even before I met him & worked w/ him. I talked about wanting a show like his when he was on the Travel channel, before he was regarded as the actual most interesting man in the world. #SuicidePrevention pic.twitter.com/nizOgpNibd

The curiosity, intelligence, and generosity of spirit in Anthony Bourdain's work got me through some of the toughest times in the WH and opened doors to new worlds. I love this picture of him waiting to greet Obama in Hanoi. Such a terrible loss. pic.twitter.com/4I11mygJv4

Anthony Bourdain inspired generations not only to explore the world, but to understand it. To appreciate all the unique people and places of this beautiful planet. pic.twitter.com/bixk2vsUQm