There's more twists and turns in the ongoing shakeup involing Alienstock and the viral idea to Storm Area 51. Matty Roberts talks to 13 Action News about his decision to leave Alien Stock and partner with Downtown Events Center. 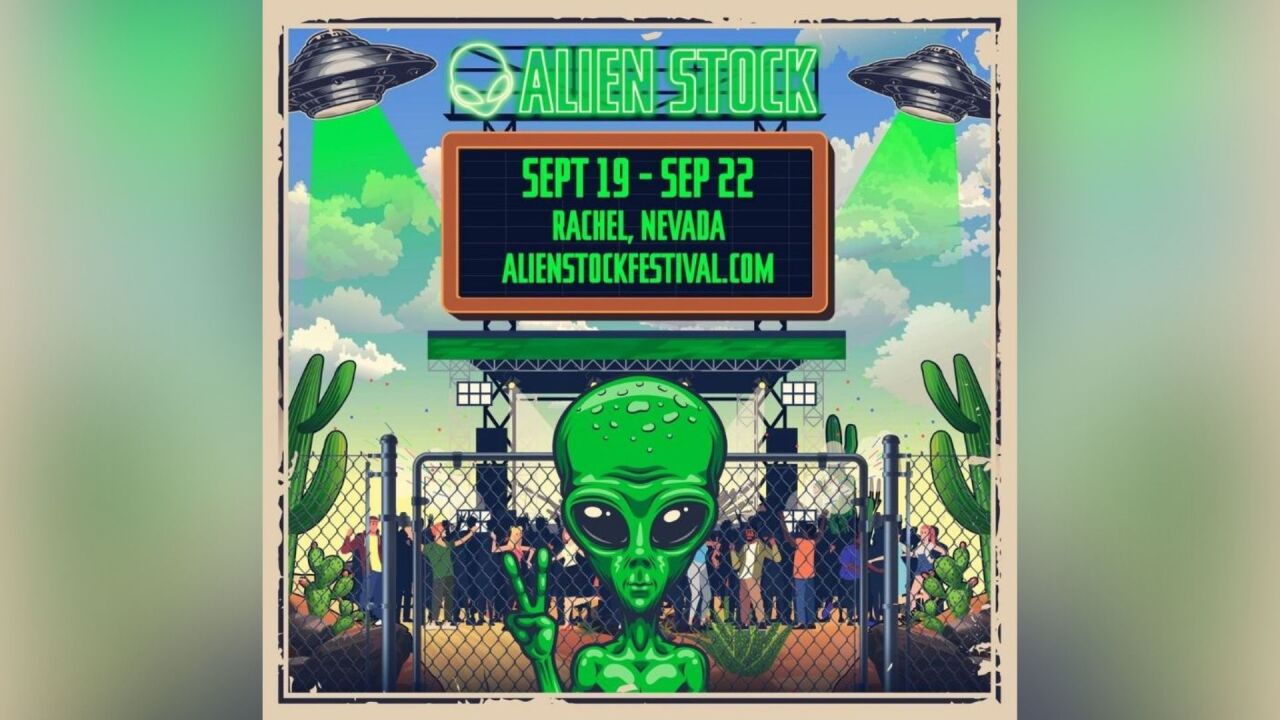 LAS VEGAS (KTNV) — In the wake of sudden changes regarding Alien Stock on Monday, misinformation began spreading on social media Tuesday with false reports that the festival was canceled.

To clarify -- the festival in Rachel is not canceled.

A few national websites such as VICE and Buzzfeed picked up on the news, however Alien Stock is moving forward as planned according to Connie West, the owner of the Little A'Le'Inn in Rachel.

Who could have foreseen this https://t.co/tfoU0Li1mp

13 Action News broke the story on Monday that Roberts was breaking ties with the festival.

By the end of the day, Roberts and his new partner, event planner Frank DiMaggio, confirmed they are now partnering with Downtown Las Vegas Events Center for Area 51 Celebration on Sept. 19 in Las Vegas.

That event was announced on Sept. 3 as a "kick off" to the other Area 51 related weekend events.

"officially disconnecting from Connie West, Rachel NV and AlienStocks affiliation with them. We will no longer offer our logo, social media, website or Matty Roberts likeness or scheduled appearance. In short, the relationship has ended permanently, and AlienStock will be moving to a safe, clean secure area in Downtown Las Vegas at the Downtown Las Vegas Events Center adjacent to the D Hotel and Casino on September 19th at 8:00 PM.

This is a free event if you RSVP.

We are not interested in, nor will we tolerate any involvement in a FYREFEST 2.0. We foresee a possible humanitarian disaster in the works, and we can’t participate in any capacity at this point.

AlienStock is a brand that stands for unity and concern for like minded people. It’s grown into much more than a location. It’s a phenomenon that can only promise absolute safety and peace, and we need to move the Festival to guarantee that. Stay tuned for more news... it’s BIG!"

West also announced 20 bands and 2 comedians on the lineup for the festival late Monday.

To add to the confusion, AlienStockFestival.com appears to bring you to a website promoting Roberts and DiMaggio's newly invested-in event in downtown Las Vegas rather than West's event in Rachel.

The actual website for West's Alien Stock event is AlienStockParking.com, where you can find the newly-announced lineup and purchase passes.