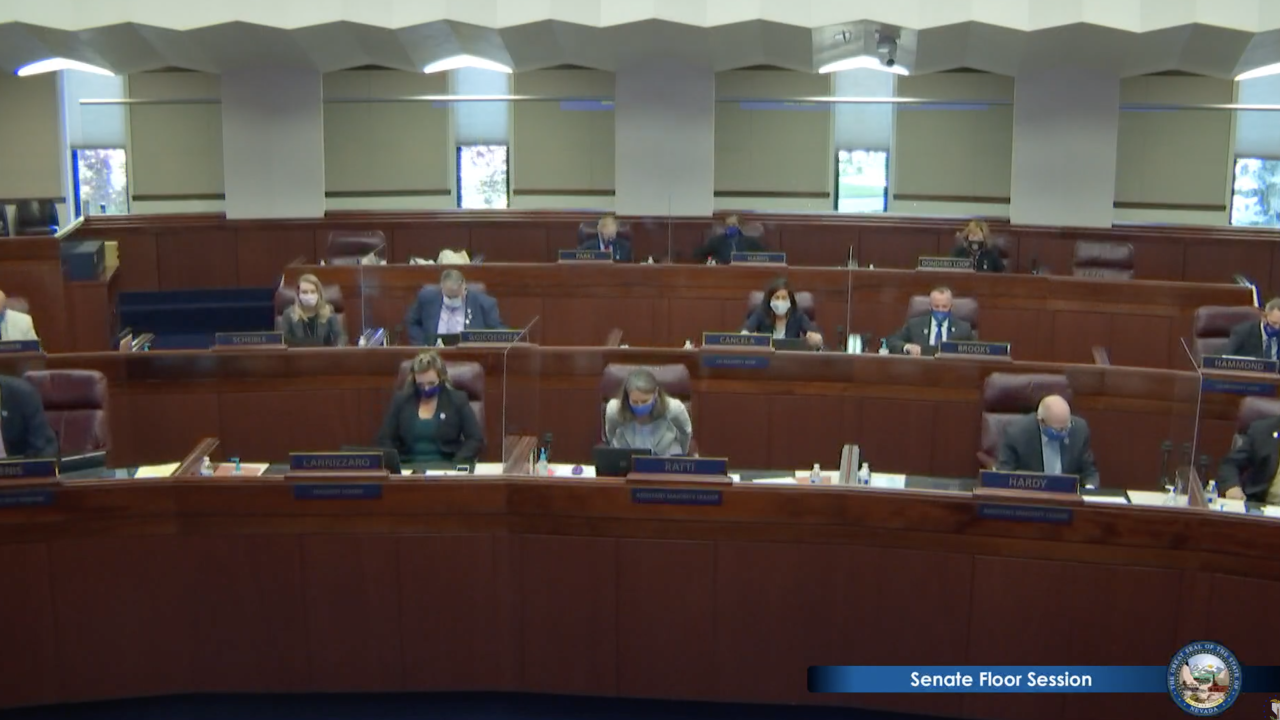 UPDATE 10:30 A.M.: The Nevada Senate passed AB4 on Sunday and it now heads to Gov. Steve Sisolak's desk. If he signs it, Nevada will join seven states that plan on automatically sending voters mail ballots. Early this morning, President Donald Trump tweeted about the bill.

Watch a livestream of the Senate Chambers below.

PREVIOUS STORY
CARSON CITY (KTNV) -- Watch a livstream of the Senate Chambers on Sunday as the 32nd Special Session continues in Carson City.

You can also watch the session on the state's YouTube page here.

On Saturday, the Nevada Assembly voted to pass two noteworthy bills up for discussion in the Senate. Assembly Bill 3 (AB3) and Assembly Bill 4 (AB4).

AB3 seeks to ban law enforcement from using chokeholds and also requires another police officer to intervene if he or she feels another office is using unjust force, and AB4, which expands access to mail-in voting in the November General Election amid the coronavirus pandemic.