Vegas valley teacher accused of referring to students as 'slaves' 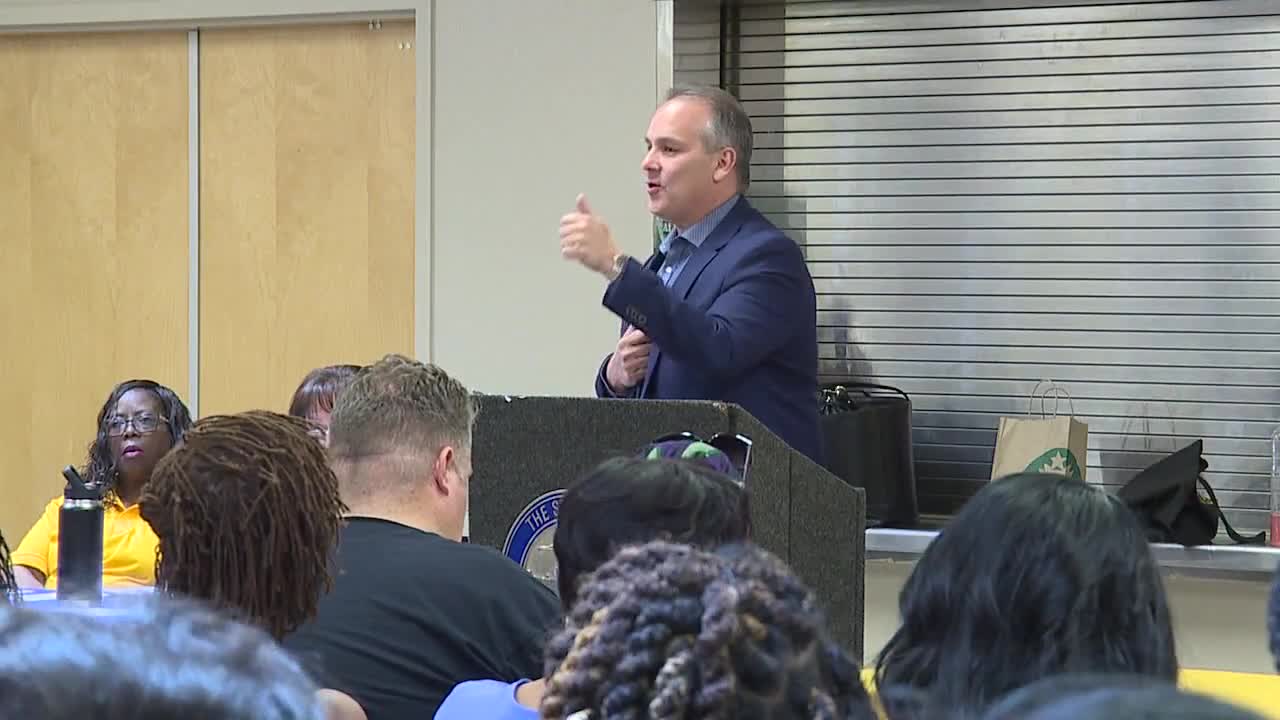 LAS VEGAS (KTNV) — A packed meeting intended to address racial tensions at Las Vegas valley schools ended in more controversy on Saturday after a father accused a teacher of referring to his daughter as a slave.

"He brought it up in class," Bismillah said. "[He said] 'What do you see more of in this class than you see in Africa?' They answered the question and he said 'no' and he said 'slaves.'"

Jara didn't comment on specifics about the accused teacher and said an investigation has been opened into the claim.

"I immediately handed it over to my Deputy Superintendent and Chief of Staff," he said. "It's currently under investigation."

The CCSD meeting was held in the wake of a previous controversy where two students were charged with making terroristic threats, and a third student cited, in connection with an Instagram account that appeared to contain racist threats aimed at students of Arbor View High School in late March.

"It's something I don't tolerate," Jara said.

He said the school district is working to implement district wide cultural sensitivity training, standardize discipline protocols across every school in the district, and several other programs to eliminate discrimination.

Las Vegas NAACP President Roxann McCoy said that was a good start but she would like to see results.

"I'm glad we're having the conversation," McCoy said, "but I would like to know a final timeline as to when these programs will be implemented."

Jara said the standardized discipline program would be presented to the board in 45 days.

Bismillah's daughter Amaya said she has since transferred to a different class with a different teacher.