Since the beginning of the pandemic, Hope for the City has fed nearly 400,000 people through pop-up food pantries and food deliveries. This month's Vegas Stronger Champion is one volunteer who has gone above and beyond to keep the city fed. 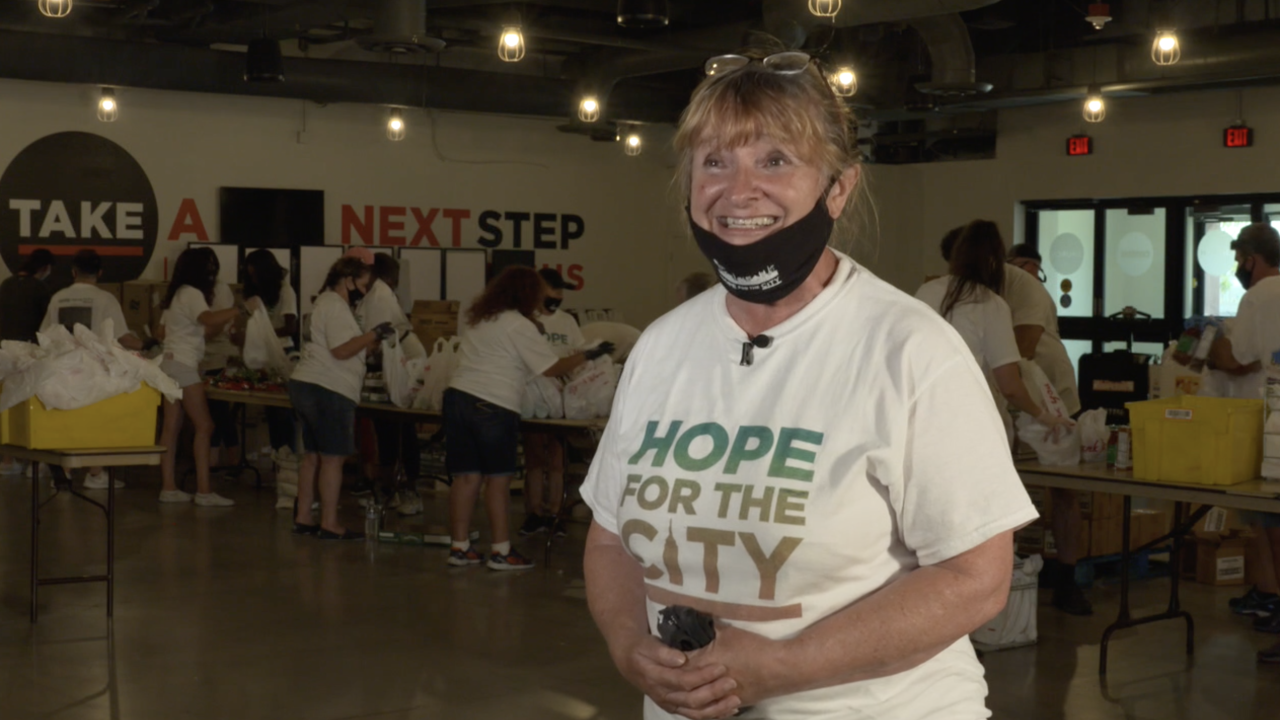 LAS VEGAS (KTNV) — Since the pandemic began, Hope for the City has fed nearly 400,000 people through pop-up pantries and meal deliveries. The nonprofit relies entirely on volunteers like Sherri Leal.

"When I had the opportunity to come out, it was a no brainer," she said.

When Leal learned about Hope for the City through her church, she jumped at the chance to help.

"To me, I probably get more out of it than the people who get the food," she said.

Leal is retired now but was used to working 50-60 hours a week. Since the pandemic began, Leal has volunteered almost every single day.

"We're here at six in the morning and we try to get cars out before it gets too hot. And we'll have anywhere sometimes from 350 cars to 1,000. It's different every day we come," she said.

Some days, she delivers to senior centers or to families making their way through drive-thru pantries. She said it's that work that has had the biggest impact on her.

"The people who have been staying in line for three or four hours," she said, "we actually have people who spend the night. They camp out with their kids."

"They're getting here at nine o'clock at night and sleeping in their cars," explained Leal. "Sometimes you're waking them up when you knock on their windows. They have been so gracious and so appreciative and so loving."

Leal said what she does in volunteering six days a week is nothing compared to the challenges hundreds of thousands are facing right now.

"These people are going through some really, really rough things and yet they're so thankful," she said.

"And yet, I'm getting more out of it than they are," added Leal.

But being able to provide some much-needed support - and do it with a smile - is part of what makes our community special. That's why Sherri is our Vegas Stronger Champion.