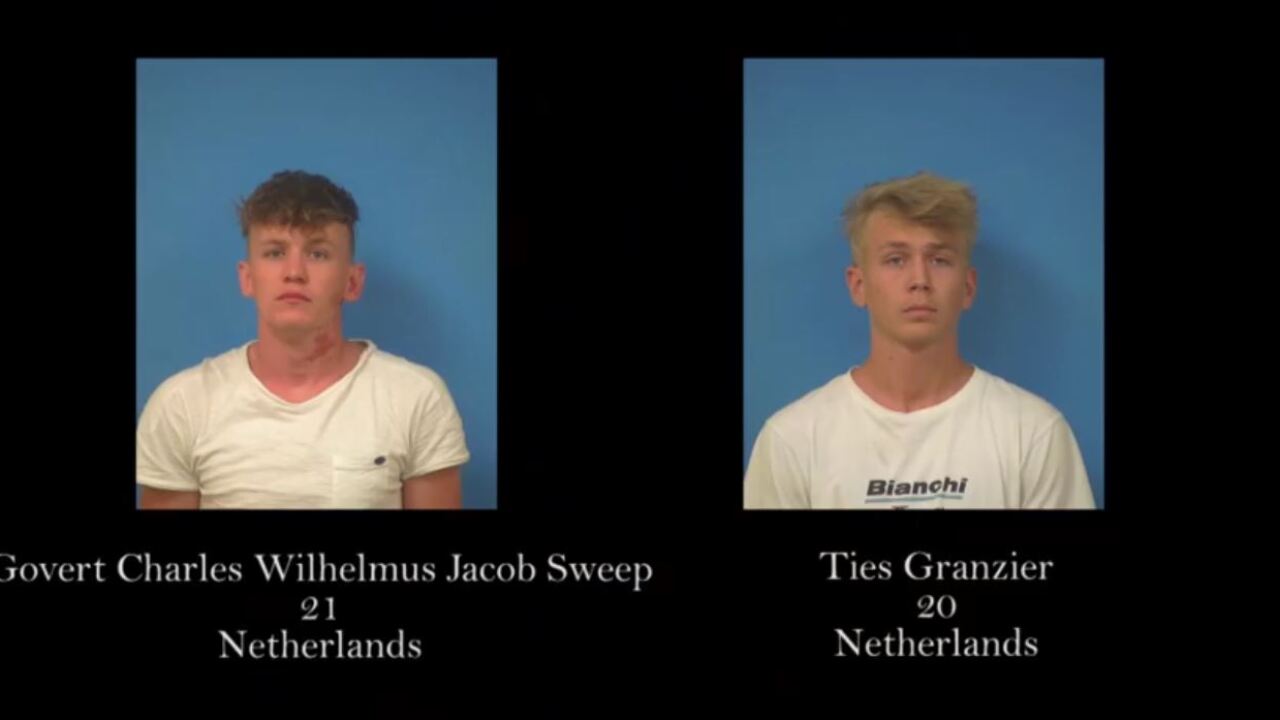 LAS VEGAS (KTNV) — UPDATE SEPT. 12: The two men who were arrested for trespassing onto the Nevada National Security Site have been released on $500 bail, according to Nye County Sheriff's Office.

They are due in court in Beatty on Monday morning.

Govert Charles Wilhelmus Jacob Sweep, 21, and Ties Granzier, 20, are from the Netherlands. The two men admitted that they saw the "No Trespassing" signs but wanted to see the facility.

Area 51 is not located inside the security site. It is just outside the far northeast corner of the site.

ORIGINAL STORY
On Sept. 10 two foreign nationals were arrested for trespassing at the Nevada National Security Site, close to Area 51.

Nye County Sheriffs responded to the site and found a car parked at a gate about 3 miles into the property.

Two men, identified as Govert Charles Wilhemus Jacob Sweep (21) and Ties Granzier (20), of the Netherlands have been arrested.

According to the police both men speak and read English and understand what the no trespassing signs said, however they wanted to look at the facility.

Granzier told the police he was a YouTube personality and police saw cameras and a drone inside their vehicle.

They are currently being held at the Nye County Detention Center.

Editor's Note: an earlier version of this story had an error and referred to Nevada National Security Site as Area 51.