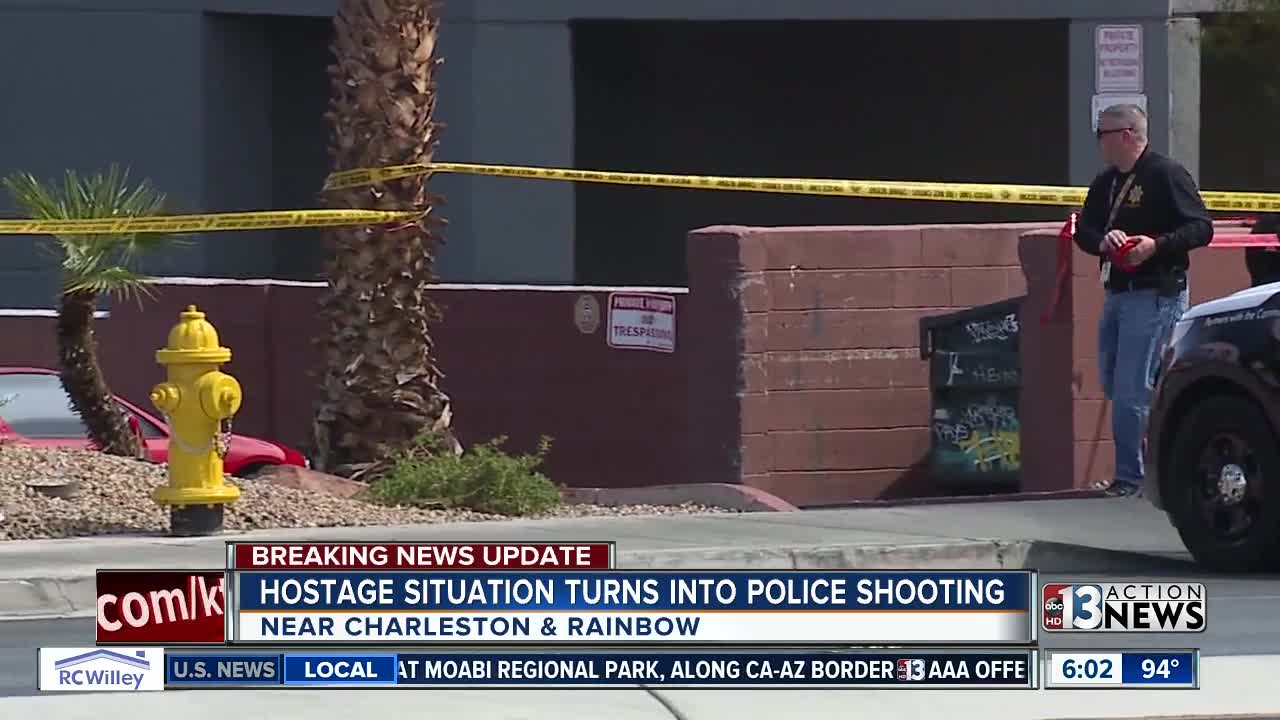 An attempted robber took an employee hostage before the suspect was shot by police. Austin Carter reports. 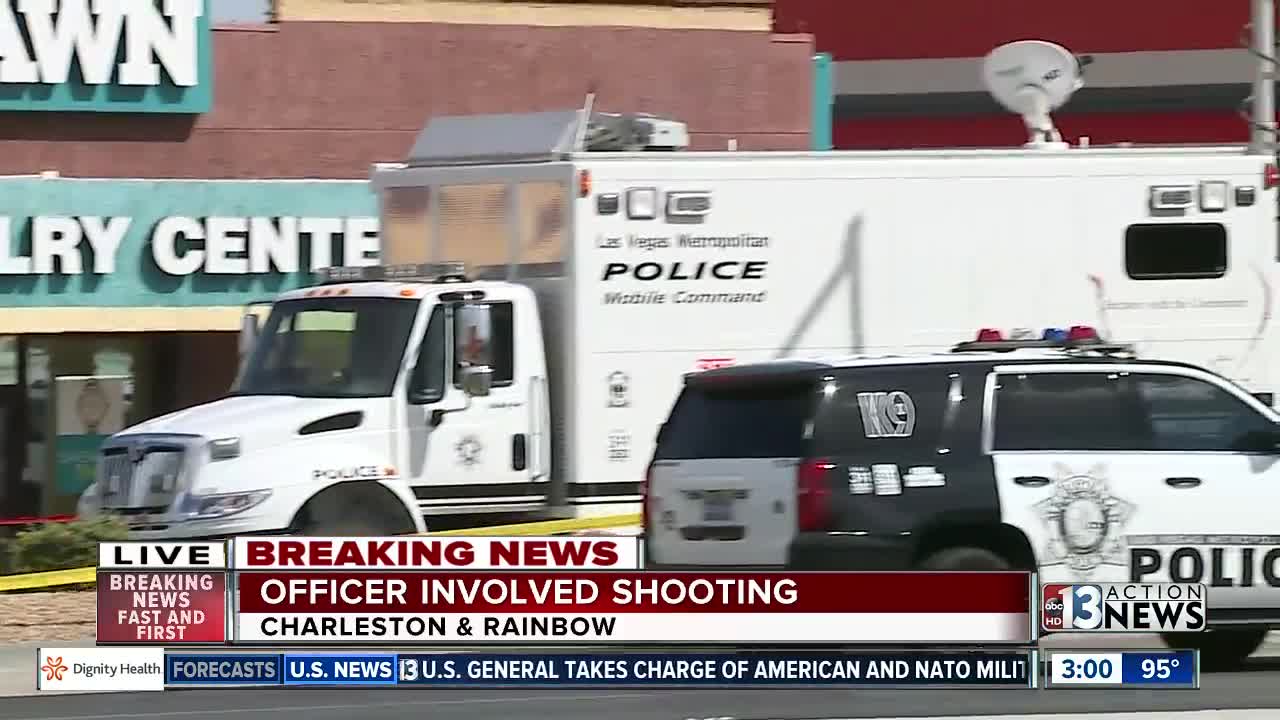 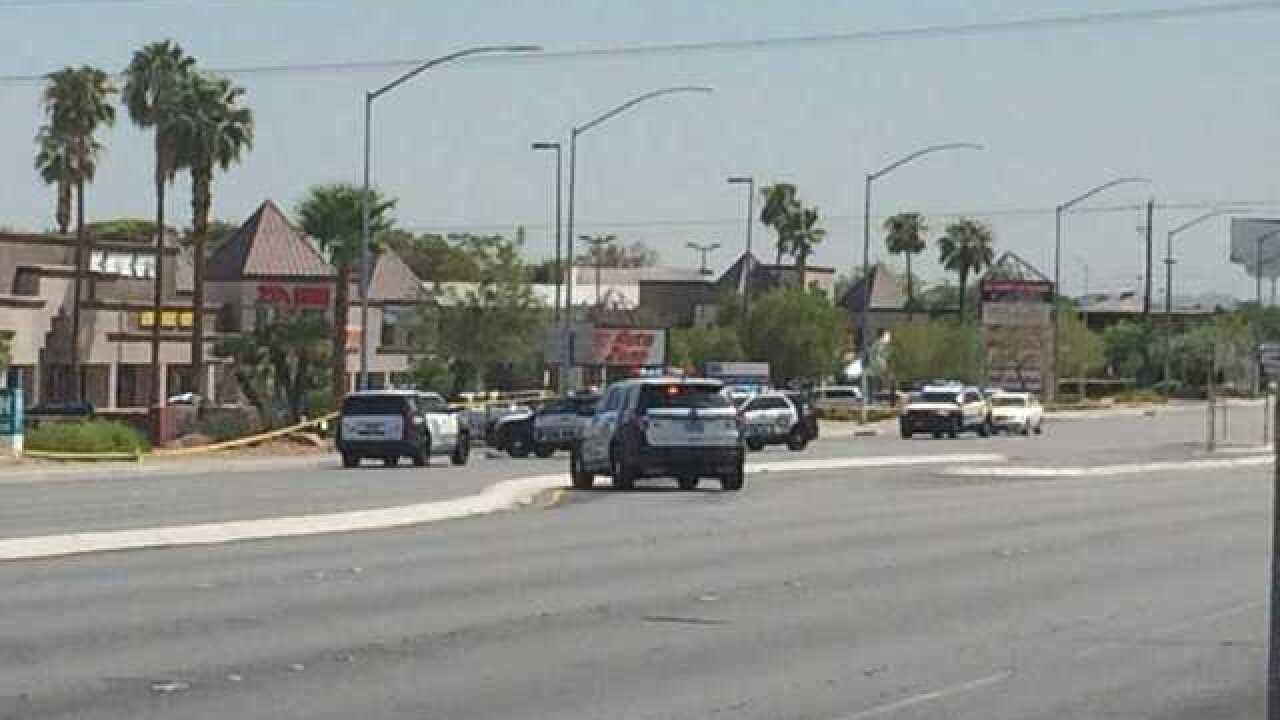 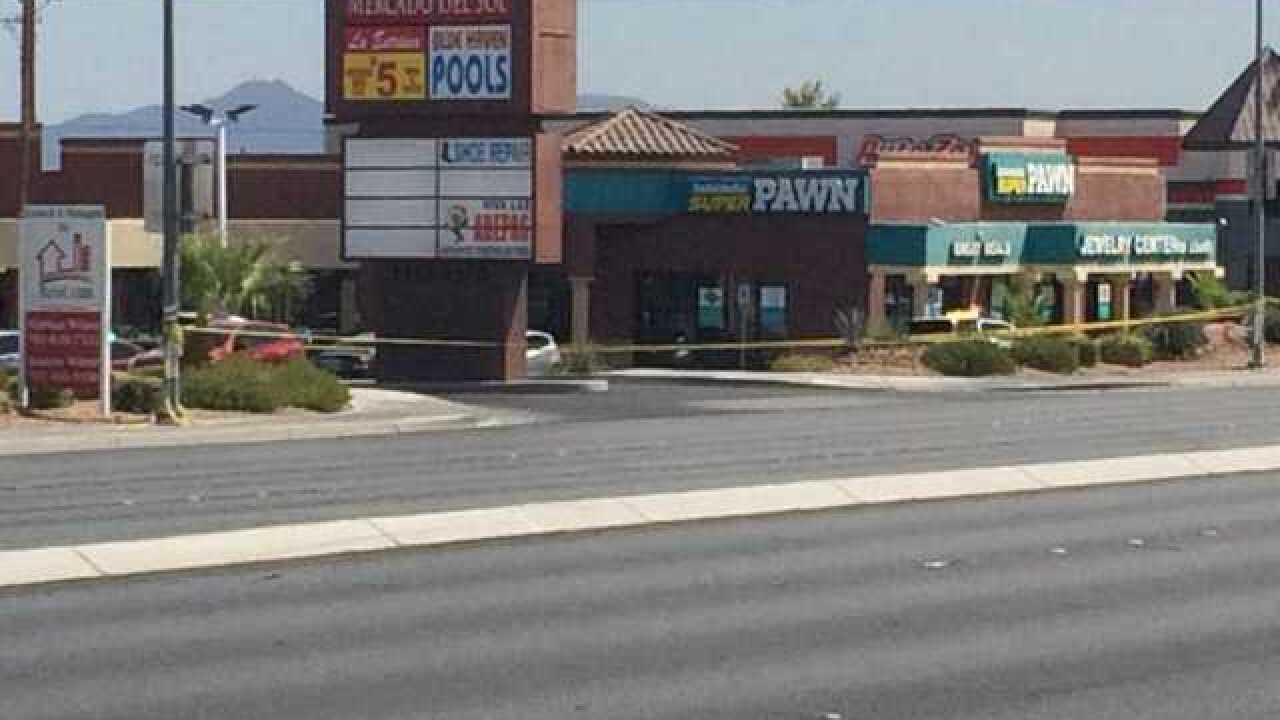 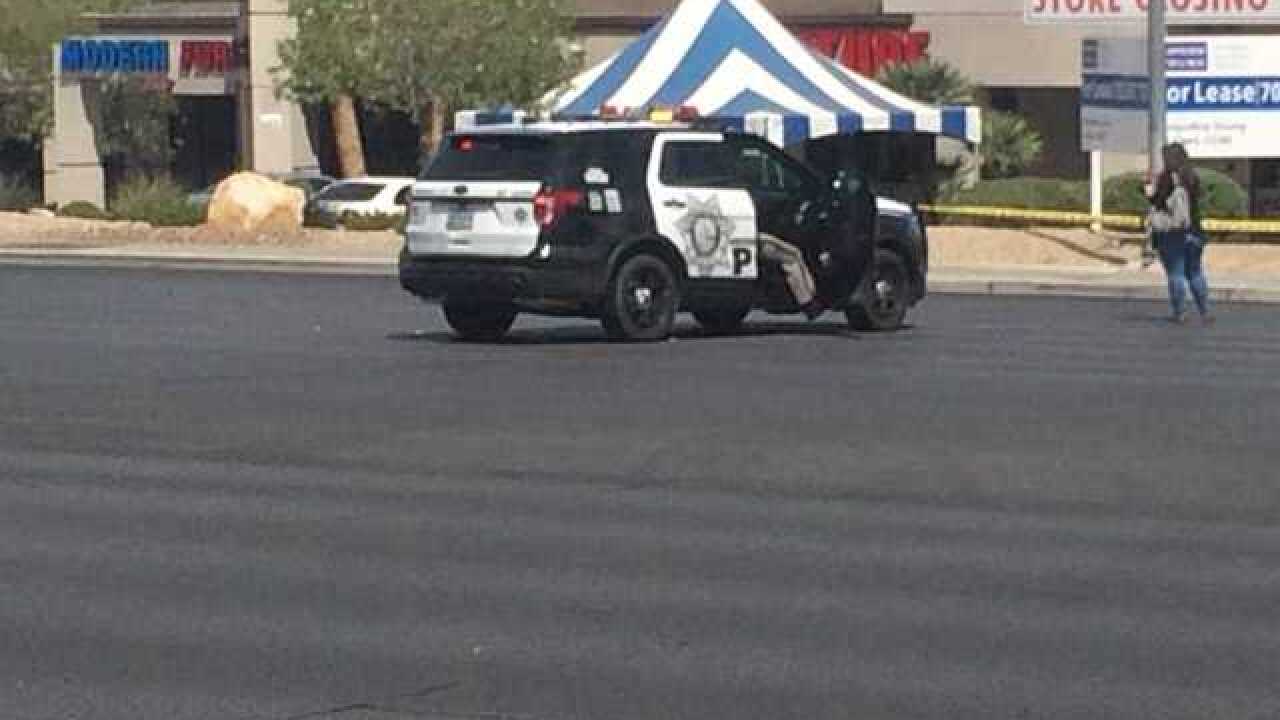 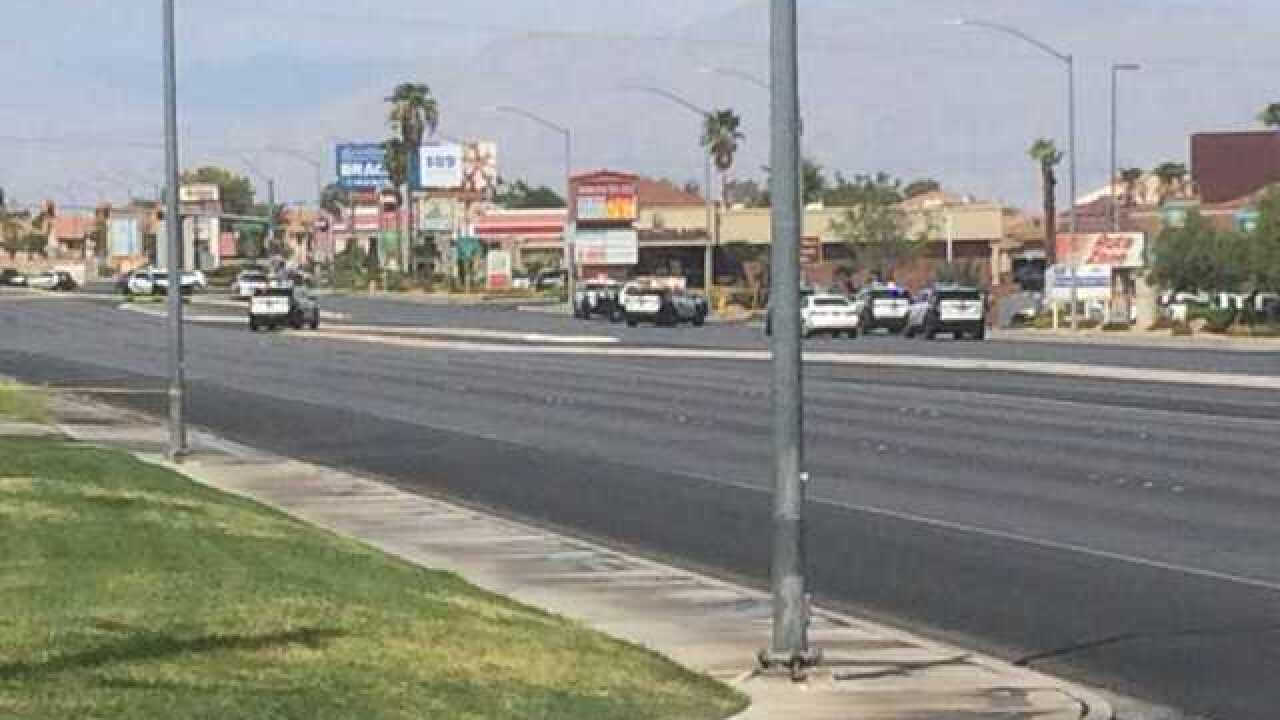 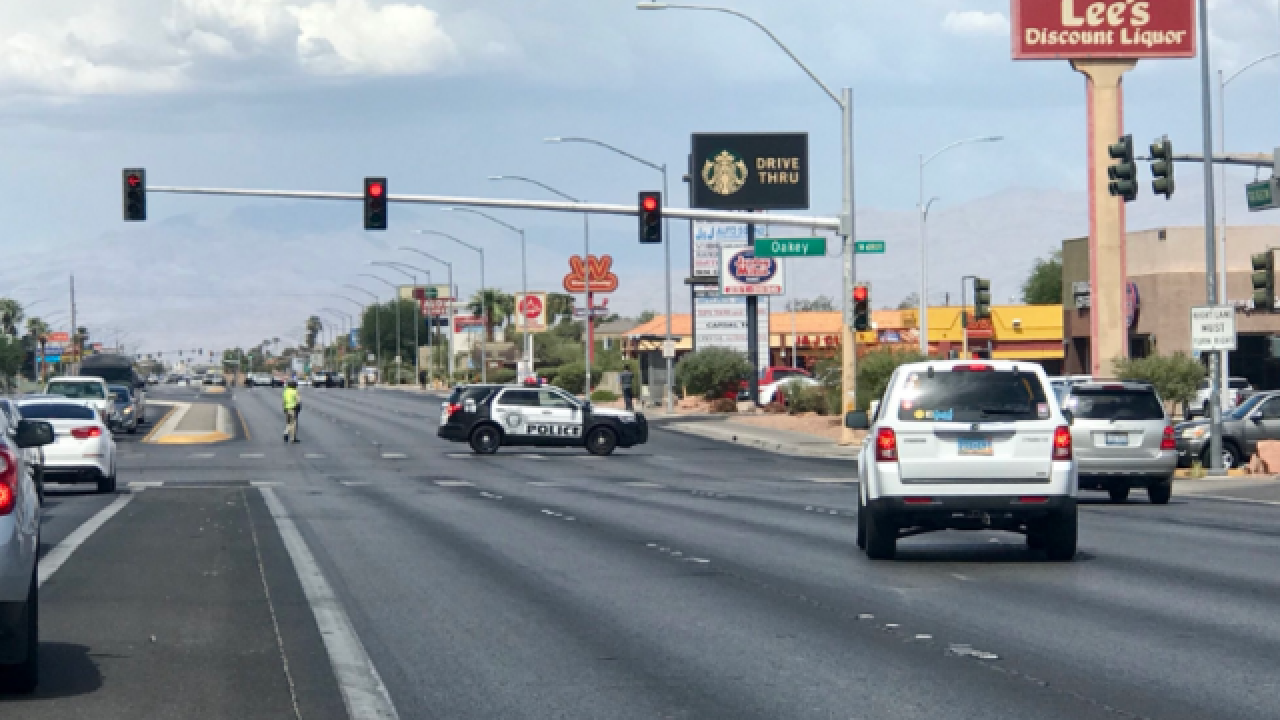 It happened in the 1100 block of South Rainbow Boulevard.

No officers were injured during the incident. This is the 19th shooting involving the Las Vegas Metropolitan Police Department this year. 5 of those shootings took place in the month of August. Four of those shootings resulted in a death.

RELATED: Police talk about number of shootings involving officers in 2018

#BREAKING: @LVMPD on-scene of an officer-involved shooting near Charleston & Rainbow. No officers injured. Traffic is being diverted around the area. Will pass along details as soon as I can @KTNV pic.twitter.com/zg927yZdQc

⚠️ Traffic is being diverted due to the officer involved shooting. Rainbow Blvd. is closed between Charleston and Oakey. Expect delays in the area. #OIS pic.twitter.com/dYlEK9zjDv

Las Vegas police said the shooting started with a man attempting to rob a Super Pawn store near Charleston and Rainbow boulevards.

Police received a call around 1:10 p.m. When they arrived, they encountered a couple who told them a man wearing a helmet was inside the store with a gun.

As they were setting up a perimeter, the man exited the store with a female hostage. He was holding a gun at the time.

When the man pointed the gun at the officers, the woman grabbed the gun, causing it to discharge into the ground. She then knocked it out of his hand and took off running.

The man pulled out another gun and aimed it at officers. That is when he was shot. A police dog was then sent in to further subdue him.

The man was transported to UMC Trauma. He is in critical but stable condition.

The officers involved have been identified as 36-year-old Thomas Carrigy, 48-year-old Brian Farrington and 23-year-old Keenan Graham. Carrigy has been with the department since January 2007 while Farrington since February 2014 and Graham since June 2017.

Las Vegas police are holding a media briefing about the shooting at 1:30 p.m. Thursday.