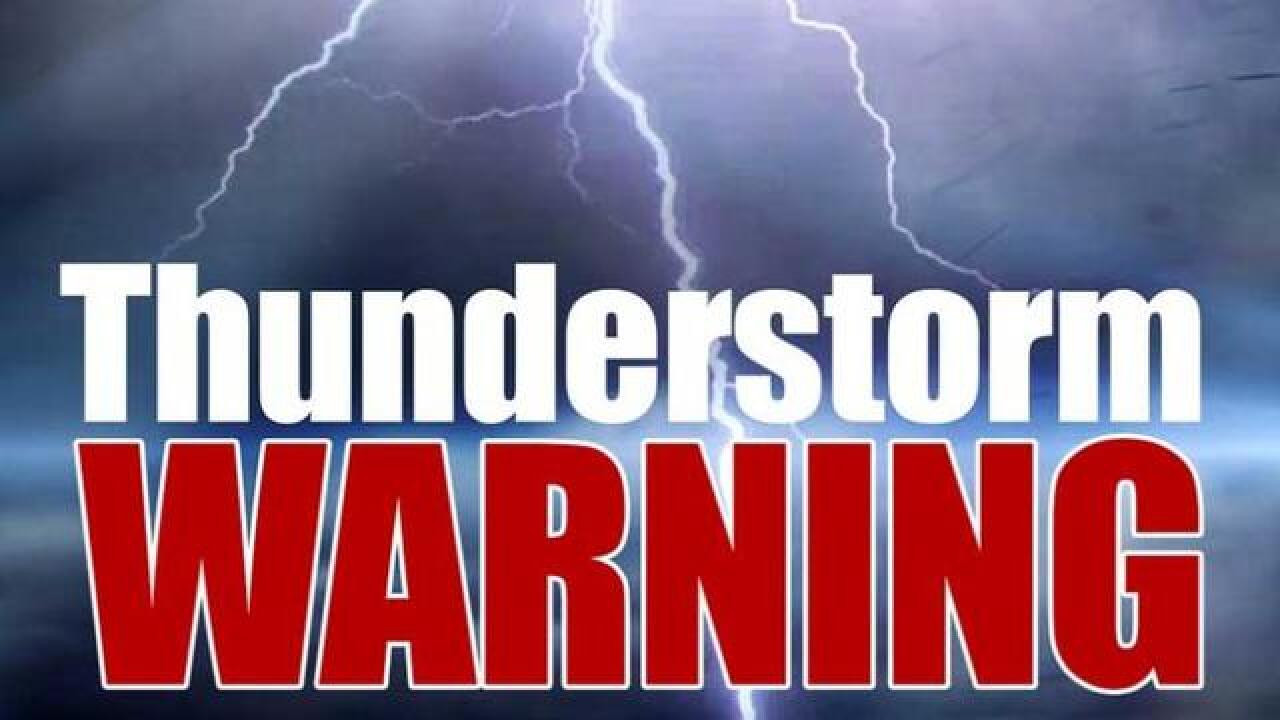 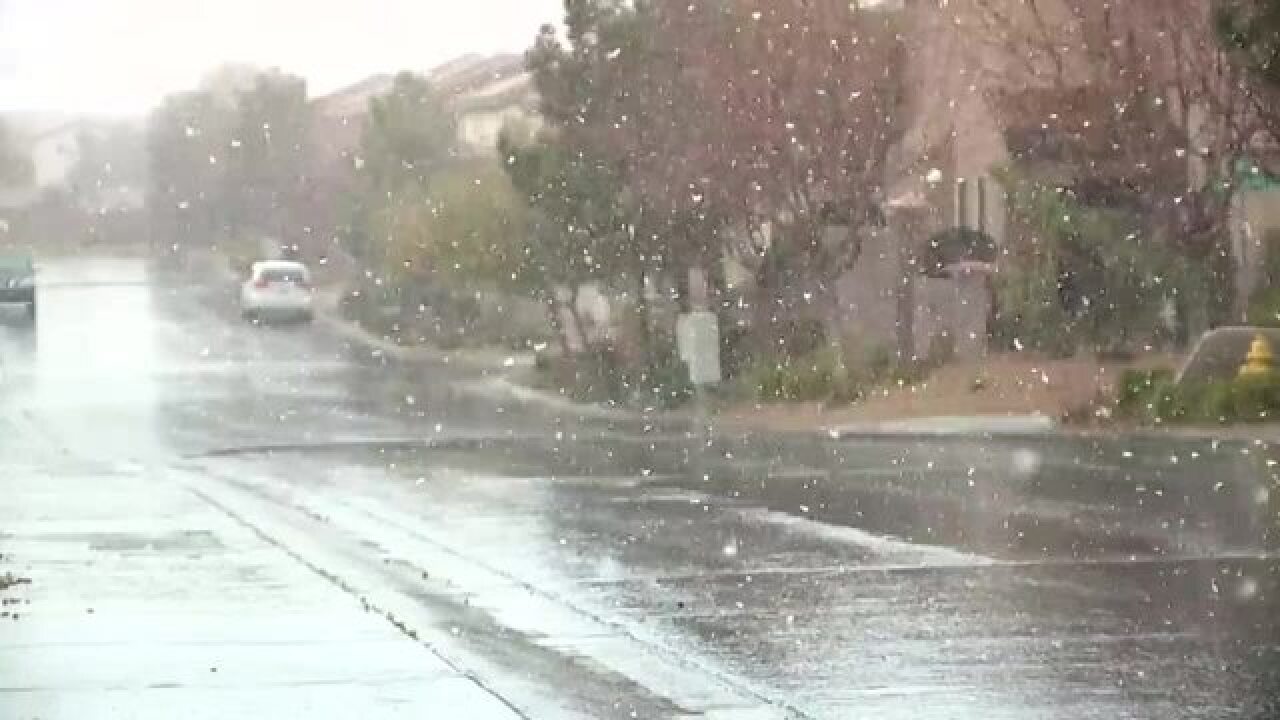 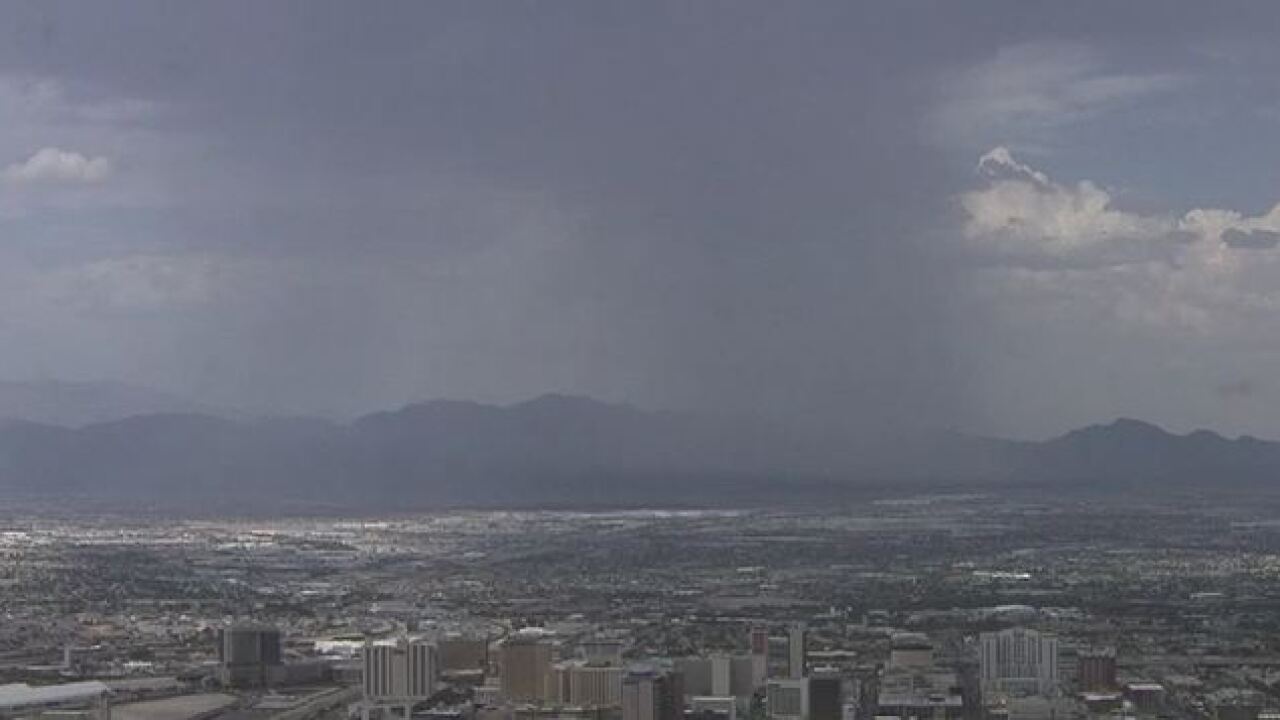 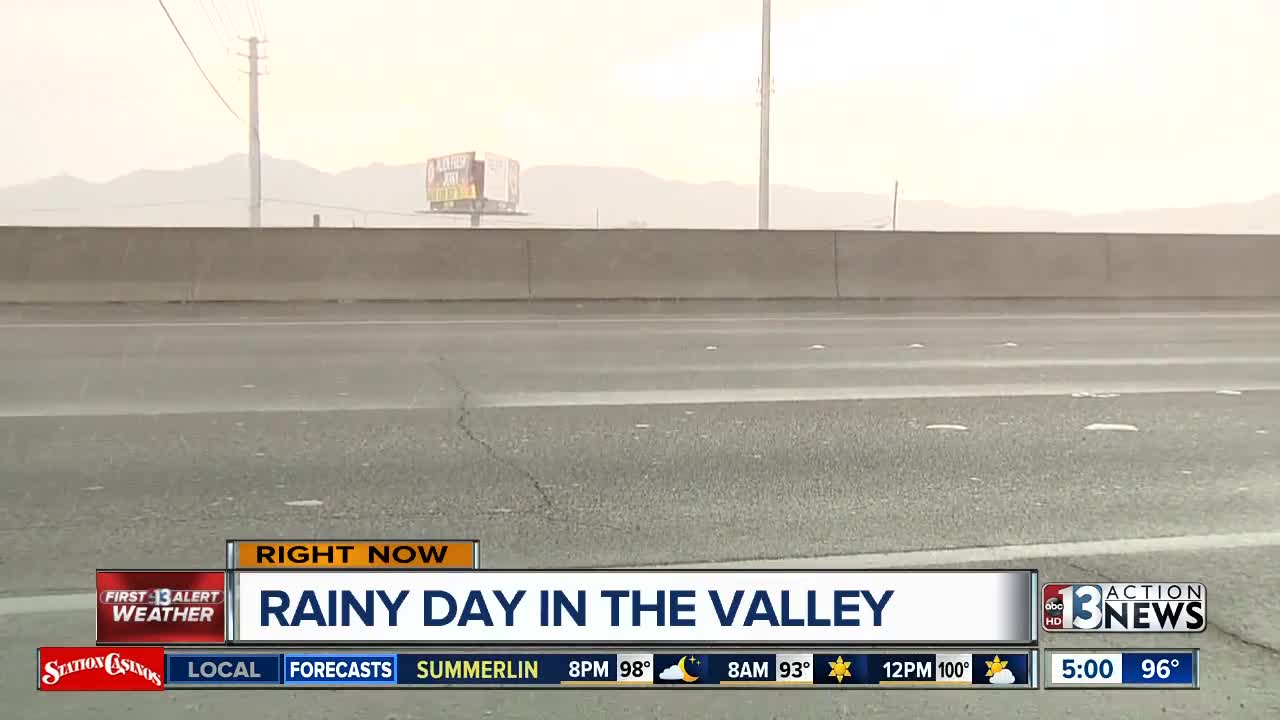 The Flash Flood Warning has expired but much of the valley saw rain and others saw flooding.

A Flash Flood Warning has been issued for west central Clark County until 5:30 p.m.

Big thunderstorms over North Las Vegas...pulling away from Sunrise Manor...take cover in these storms as they make their way across Nellis AFB and the LV Motor Speedway! @KTNV pic.twitter.com/FgIOu3n81H

Storms are developing in Las Vegas proper. More storms are approaching from the southwest.

[update at 2:15 p.m.] Downpours developing in Las Vegas proper. More scattered storms approaching from the southwest. @bryanscofield1 will have you covered for @KTNV on-air at 3 p.m. and online in the meantime. pic.twitter.com/l2Bb04qu0D

There are reports of rain in the southern parts of the las Vegas valley. Here is the latest from Chief Meteorologist Bryan Scofield.

There is a Severe Thunderstorm Warning in effect for northwestern Arizona and central Clark County until 1:30 p.m. The storm could bring heavy rain and hail to the area.

The storm is currently moving into the Boulder City area.

50-60 mph wind gusts are possible for the storms along Hwy 95 moving into Boulder City at 15 mph. Severe thunderstorm warning goes until 1:30 p.m. More at https://t.co/vMVGM2gmQS. pic.twitter.com/lwsgfg9kRy

13 FIRST ALERT: Storms circling the valley now have lightning, hail and have the potential to become severe. @ktnv pic.twitter.com/R11pPE4ZFm

Today/night will be busier than yesterday weatherwise....be on the lookout for rapidly changing weather conditions that include strong wind and heavy rain! @KTNV #nvwx #vegasweather pic.twitter.com/9vb1OXxfhm