TRAFFIC: 13-mile backup on I-15 towards California, RTC reports

The holiday weekend ends with traffic back ups and some local attractions reaching maximum capacity. 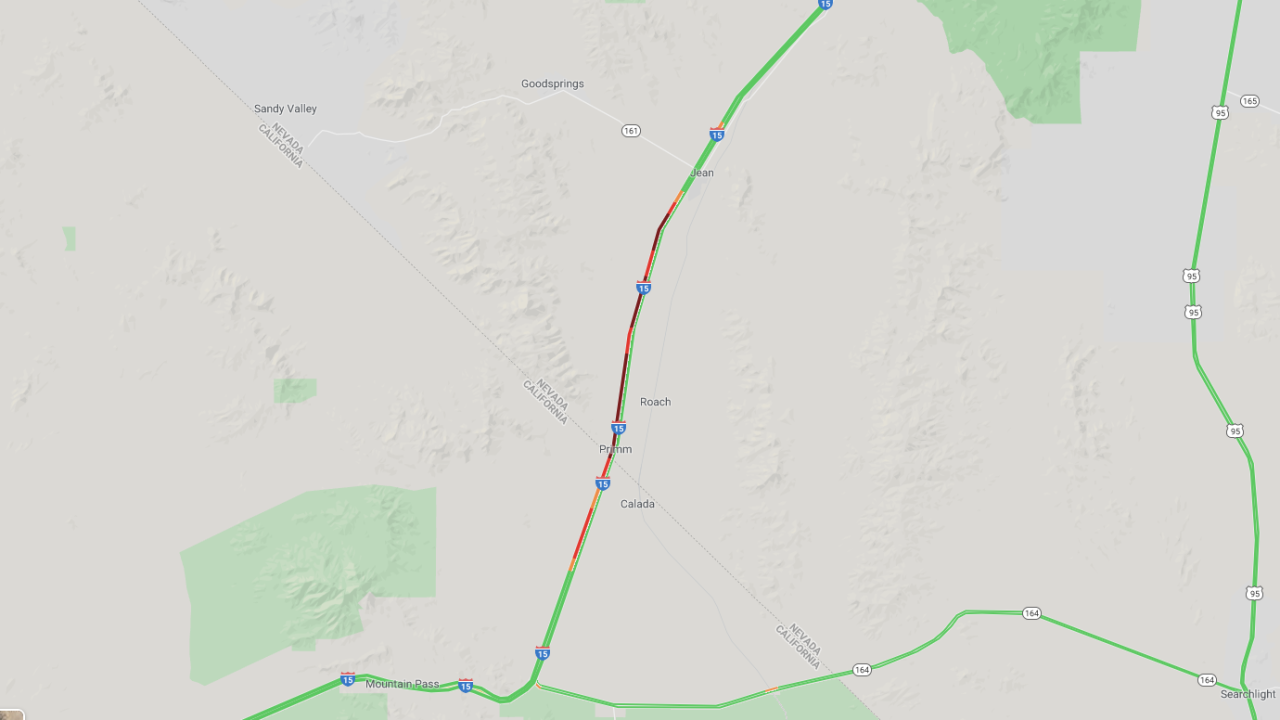 UPDATE 2:48 P.M.: Crews are responding to a deadly single-vehicle crash on southbound Interstate 15 near the Valley of Fire Highway. It happened shortly before 5:40 p.m. near mile marker 67 (near Dry Lake). Nevada Highway Patrol says one person is dead and another has been transported to UMC in unknown condition.

Area near the crash:

UPDATE 2:48 P.M.: The Regional Transportation Commission says the backup on I-15 towards California is now a 13-mile backup beginning at stateline.

Watch a traffic camera footage on the I-15 near Jean (no sound):

UPDATE 3 P.M.: The Scenic Drive at Red Rock is back open after closing around 2 p.m. after it reached capacity.

UPDATE 2:06 P.M.: Red Rock Scenic Drive is at capacity and will be temporarily closed until it gets less crowded, Red Rock Canyon says.

2pm 12/29: We made it until 2 before the Scenic Drive hit capacity! The closure is temporary until crowds thin, so please wait at least an hour before heading out.

Kyle Canyon Road (SR 157) is being closed at SR 158 due to max capacity and unfit weather conditions. Vehicles are being diverted to to SR 158 for the time being.

ORIGINAL STORY
LAS VEGAS (KTNV) -- If you plan on driving to Southern California from the Las Vegas area on Sunday, be prepared for some delays.

As of just before noon, the Regional Transportation Commission reports a 9-mile backup on Interstate 15 southbound towards California as people leave town following the holiday weekend,

The traffic backup comes just days after the I-15 was closed for hours at Mountain Pass between Baker and Primm following a winter storm.

Check back for more information. We will update this article with traffic updates as they are available.