Approximately 100 protesters took to the Las Vegas Strip on Saturday night to show their support for protests in Portland, Oregon. Austin Carter reporting. 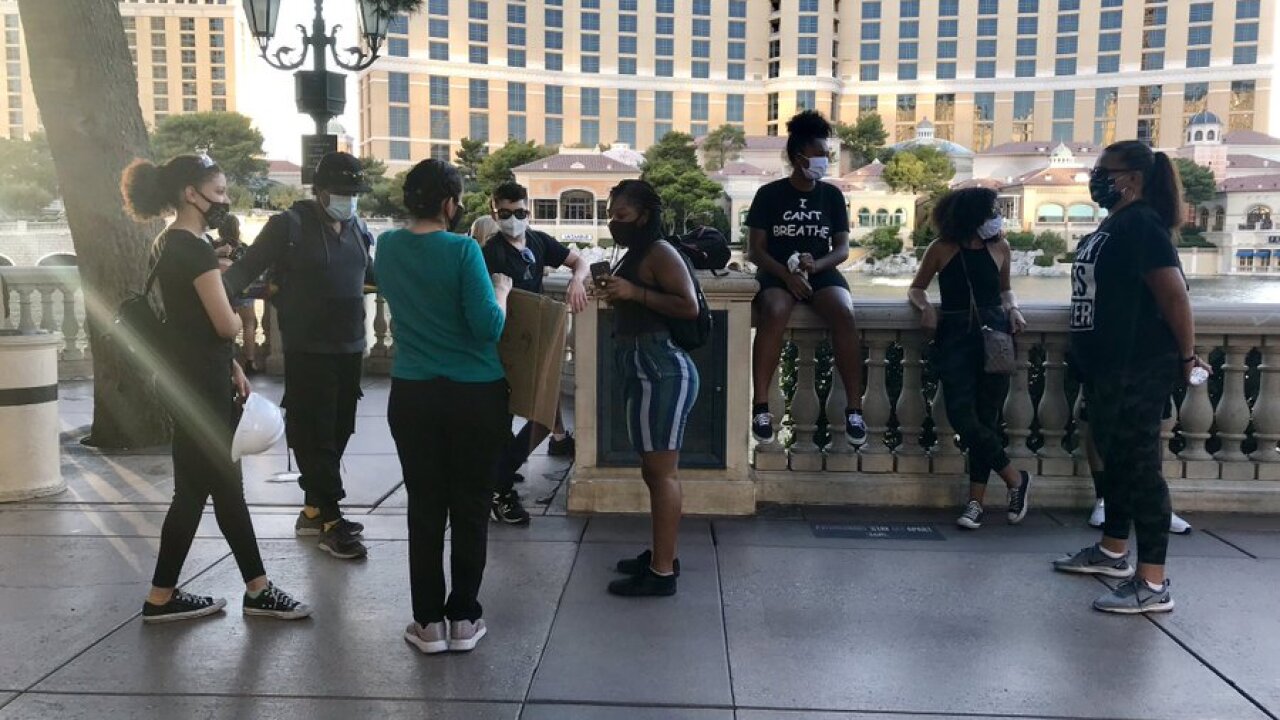 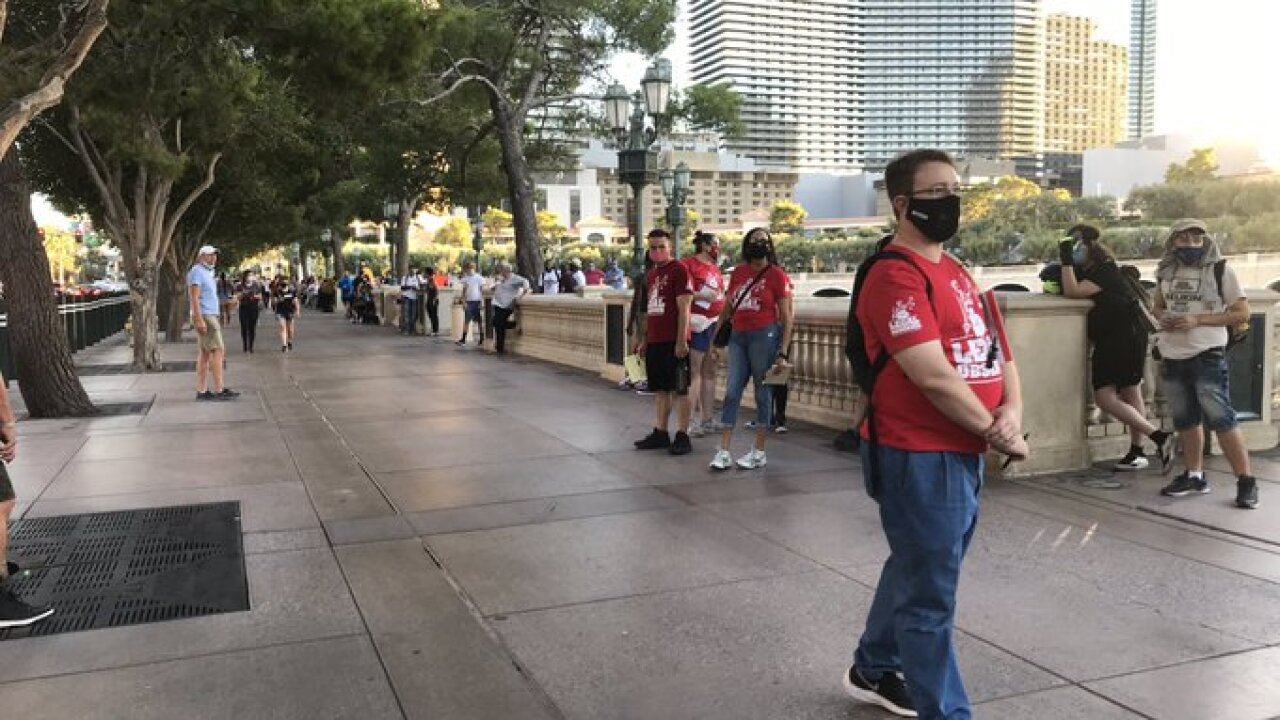 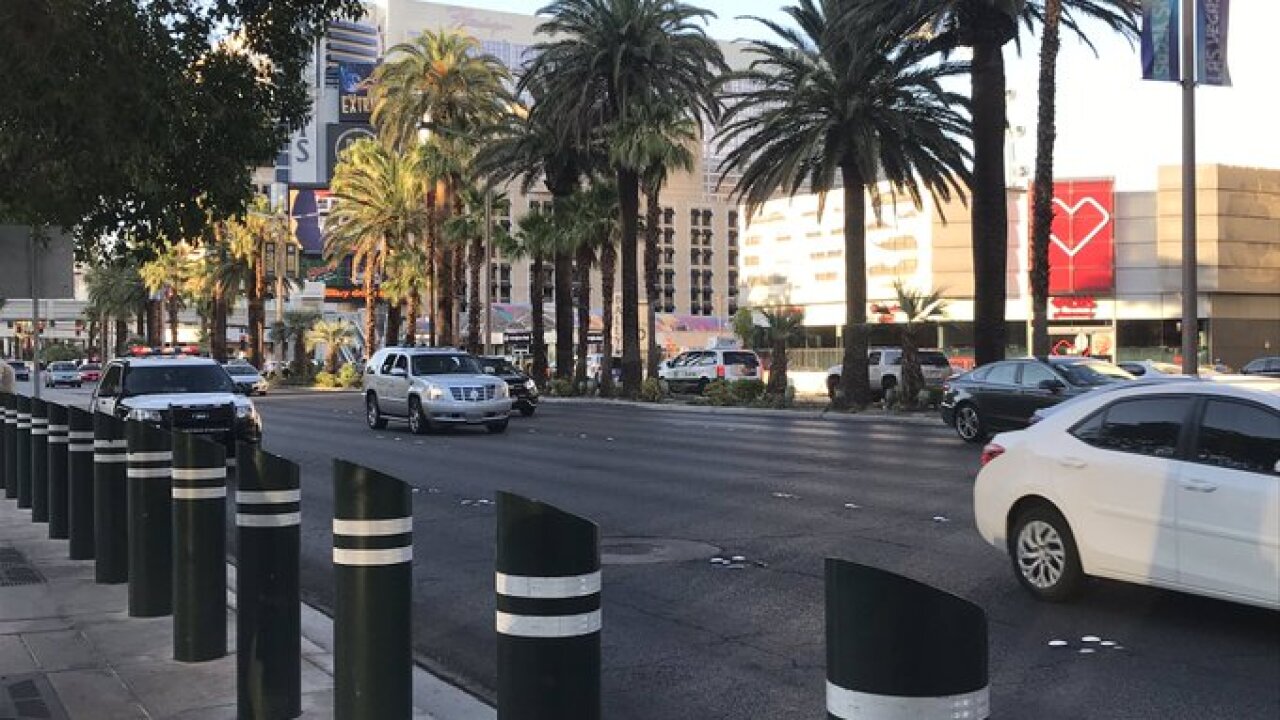 8:51 P.M.
The protest on the Las Vegas Strip has remained peaceful. The protesters are currently approaching the Flamingo hotel-casino.

One protester told 13 Action News that he hopes this protest will show Portland that Las Vegas stands with them.

“I want them to understand that they are heard and seen, and that they are supported," says Jonathan McArthur. "We are keeping the fight moving here in order to introduce an adequate police reform."

The number of #BlackLivesMatter protesters on the Las Vegas Strip has grown to dozens.

The majority of protesters have circled back north and are approaching the Flamingo. Protest has been peaceful. pic.twitter.com/K0bWCueYCy

7:30 P.M.
The march down the Las Vegas Strip is getting underway. The march at this time is peaceful.

7:15 P.M.
Protesters are beginning to gather in front of the Bellagio Fountains on the Las Vegas Strip. Las Vegas police officers and legal observers are also present.

#BlackLivesMatter protesters are beginning to gather in front of the Bellagio Fountains.

5 P.M.
A protest has been planned for Saturday night on the Las Vegas Strip.

The purpose of the protest, according to organizers, is to support the ongoing clashes between demonstrators and federal agents in Portland, Oregon.

The protest is scheduled to start at 7 p.m. near the Bellagio hotel-casino.

According to posts on social media, the protest is supposed to be peaceful. Two local groups are expected to participate.

The U.S. Marshals Service in Las Vegas issued a statement on Friday reiterating its vow to protect the state’s four federal courthouses and due process of law. It is not known if they plan to be on the Las Vegas Strip.

Groups in Portland have been calling for nationwide solidarity to back their battle against federal agents sent to the city by President Donald Trump.

The protests in Portland began May 29 after a Black man named George Floyd died while being detained by police in Minneapolis.