Las Vegas City Council voted to deny the permit that would allow a cannabis dispensary near Sahara and Fort Apache on the west side. 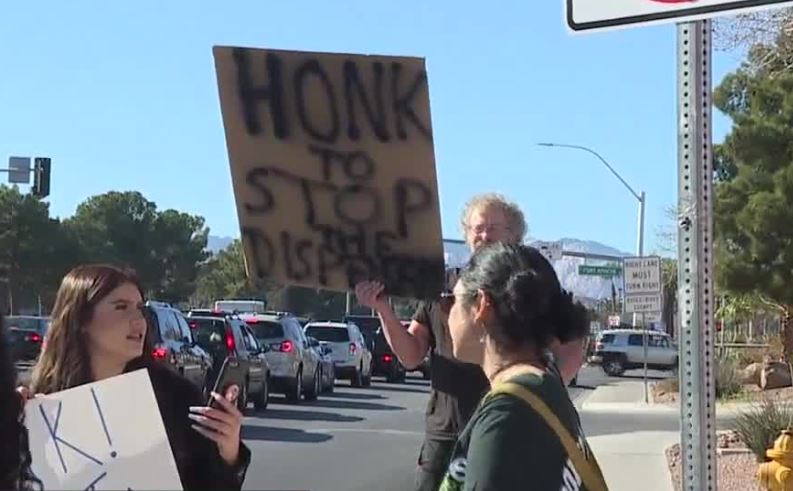 UPDATE FEB. 5: Las Vegas City Council voted 6-0 to deny the permit that would allow a cannabis dispensary near Sahara and Fort Apache on the west side.

ORIGINAL STORY
LAS VEGAS (KTNV) -- The debate continues on about a proposed cannabis dispensary on the west side. An open house was held Saturday inviting locals and other business owners to rally support, but some residents in the area say they still don’t want it there.

It’s a festive atmosphere outside this former animal hospital, the proposed site for a cannabis dispensary.

Matt McClure is the general manager at Cultivate and is proposing to have another location in the area of Fort Apache Road and Sahara Avenue. He says there has been support from the local community and nearby businesses owners like Crystal Leisner.

“We’re happy for it. Our clients are pretty happy. Most people are already visiting or purchasing what not at dispensaries before or after coming to see us on a regular basis,” she said.

She’s the owner of Merki Hair and Body, a salon in the Canyon Lakes Plaza. Leisner believes the dispensary will help the shopping center.

“It’s extra foot traffic with people seeing our name and our sign and potentially if they’re in the need of anything our businesses are offering,” she said.

Some residents in the area however remain opposed.

Rick Levin lives in Peccole Ranch and says he and others in the immediate neighborhood feel a dispensary could bring more crime and serve as a bad influence on children. They don’t believe the location is a good fit.

“We are a completely kid-friendly. We have a bus stop with high school student literally 50 feet away. We’ve got schools, day care centers,” he said.

McClure says he’s reached out to community members and is committed to putting security measures in place to ease concerns.

“We encourage the feedback. Anything that they’re bringing up, it might be something that we’re not looking at,” he said.

Levin says if the dispensary is approved, and there are problems, they may take legal action.

“We’re not going to sit back and take it," he said.

The Las Vegas city council will make the decision on the special use permit at Wednesday’s meeting.