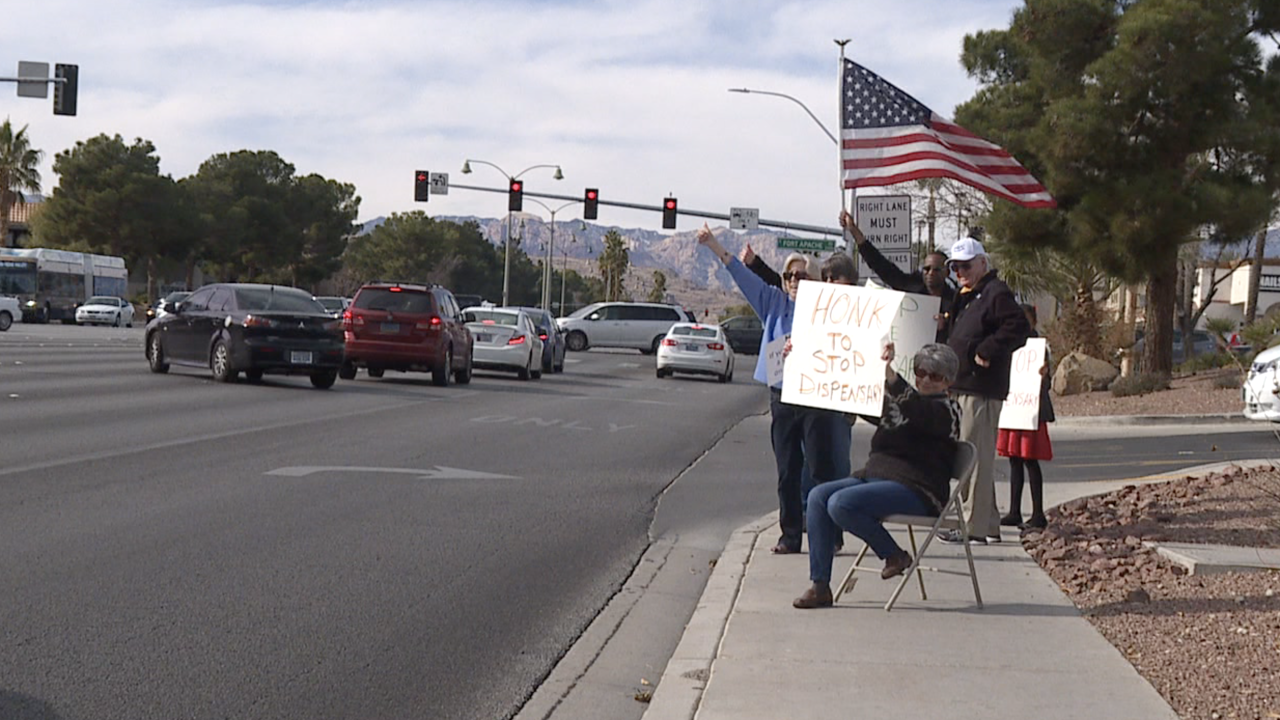 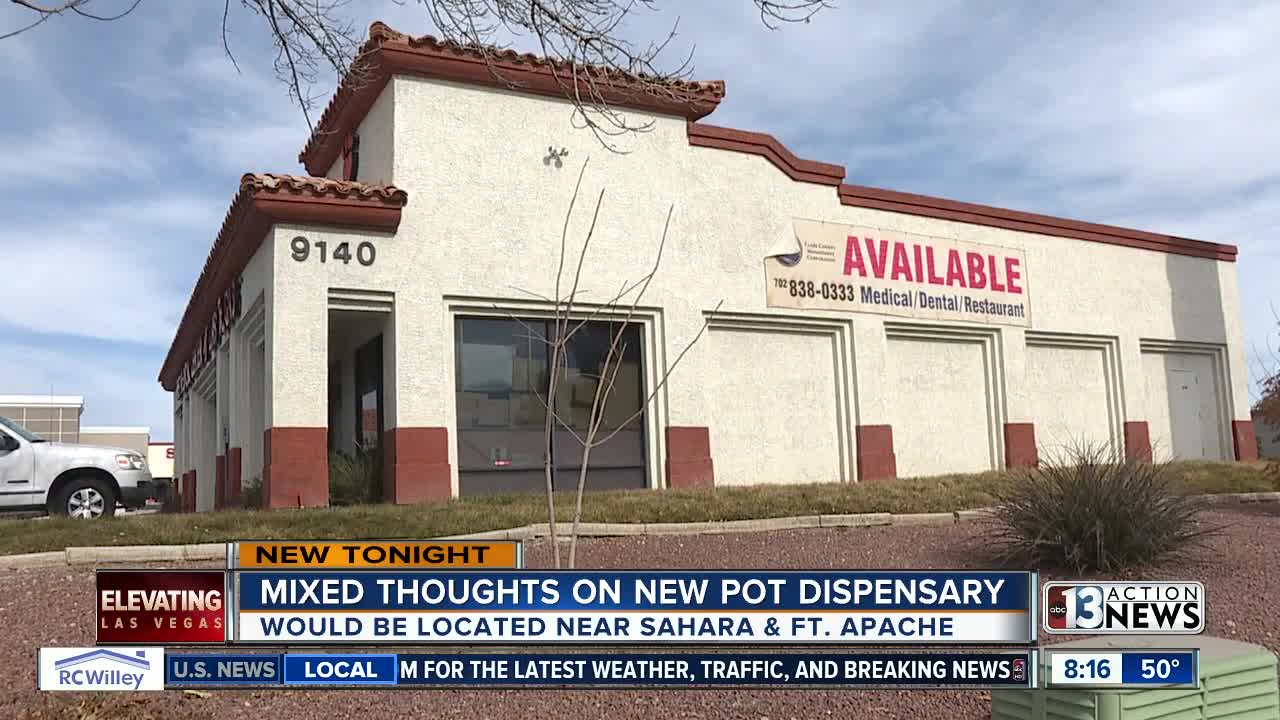 “A lot of people have been honking, they would wave and smile, and I would put my sign up and down saying thank you for saying that,” Alexis Rubin, a neighbor, said.

The dispensary would be located at a vacant building in the Canyon Lakes Plaza strip mall on Fort Apache Road and Sahara Avenue. Neighbors say the location is not appropriate.

Their concerns include the potential for more crime and the proximity to families with kids. Neighbors say a dispensary would not fit in their area.

“This is a family-oriented neighborhood area and that’s what we should be promoting,” says neighbor Wayne Cook.

The dispensary’s applicant, Matt McClure, says he also lives in the area, and wants to work with the community. He says there’s no data showing dispensaries are bringing more crime in Las Vegas, but is putting in security measures to address fears.

“We engaged the neighborhood and heard that feedback and have committed to 24 hours, 7 days a week armed security on the premise in addition to 24 hour, 7 days a week patrolling security,” he said.

He also says there’s community support for having the dispensary there.

“To date we have over 800 signatures of support from people in the ward and people concentric to the site that we’re proposing our location at,” McClure said.

Last month, the Las Vegas planning commission voted to recommend a special use permit be issued for the proposed dispensary. One commissioner says she understands the neighbor’s concerns, but say the commission must stay consistent in recommending permits.

“You don’t want it and I understand it and I really do. It’s an emotional issue, but it is compatible. We cannot approve marijuana dispensaries in Wards 1, 3 and 5 and Ward 2, no we can’t do that,” Donna Toussaint, a planning commissioner, said.