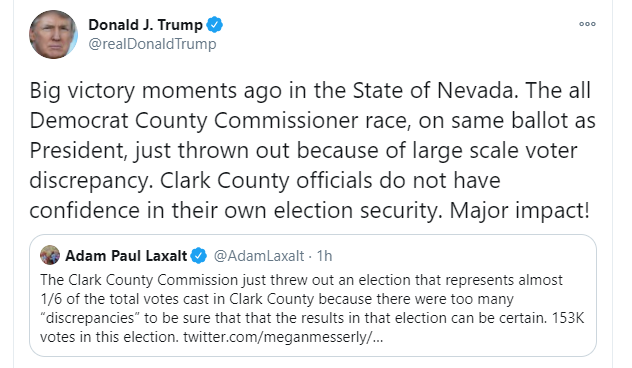 President Trump has sent out a tweet in regards to the Clark County election results for the county commission C race between Ross Miller and Stavros Anthony. More: https://www.ktnv.com/news/political/elections-local/president-trump-tweets-about-clark-county-commission-election-results 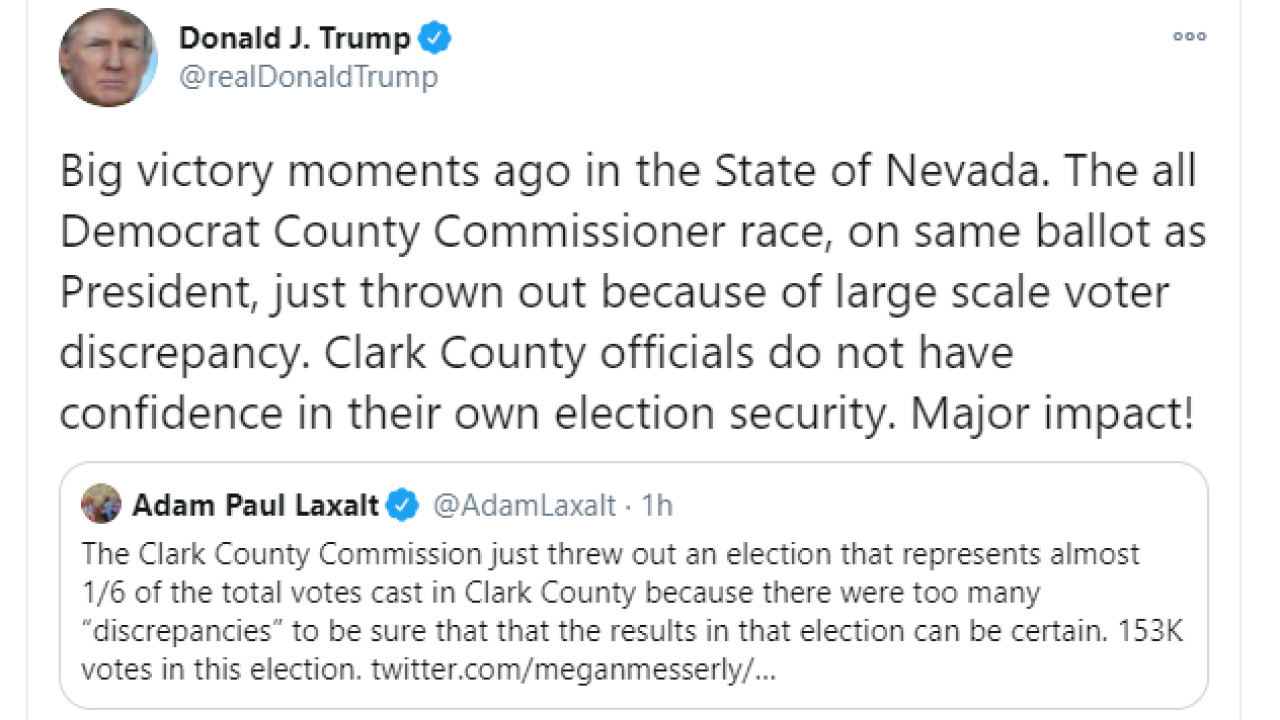 LAS VEGAS (KTNV) — President Trump has sent out a tweet in regards to the Clark County election results for the Commission District C race between Ross Miller and Stavros Anthony.

Earlier today the Clark County Commissioners voted to accept the results of the countywide canvass and certify the election, including the Presidential contest -- except in the Commission District C race.

This specific race had a difference of 10 votes, and there were a total of 139 discrepancies. This was the only race on the county ballot where the number of discrepancies outnumbered the vote difference.

Big victory moments ago in the State of Nevada. The all Democrat County Commissioner race, on same ballot as President, just thrown out because of large scale voter discrepancy. Clark County officials do not have confidence in their own election security. Major impact! https://t.co/TLHnFKNN6g

Erik Pappa with Clark County was quick to reply to the tweet saying "it isn't accurate" and went on to clarify the reason for the county commissioner race not being certified was due to the slim 10 vote margin.

This isn't accurate. The @ClarkCountyNV Commission today certified the results in each race except for 1 local race where there was a 10-vote difference & more than 10 discrepancies. The County will hold a special election for that local race alone.Your assertions are not factual