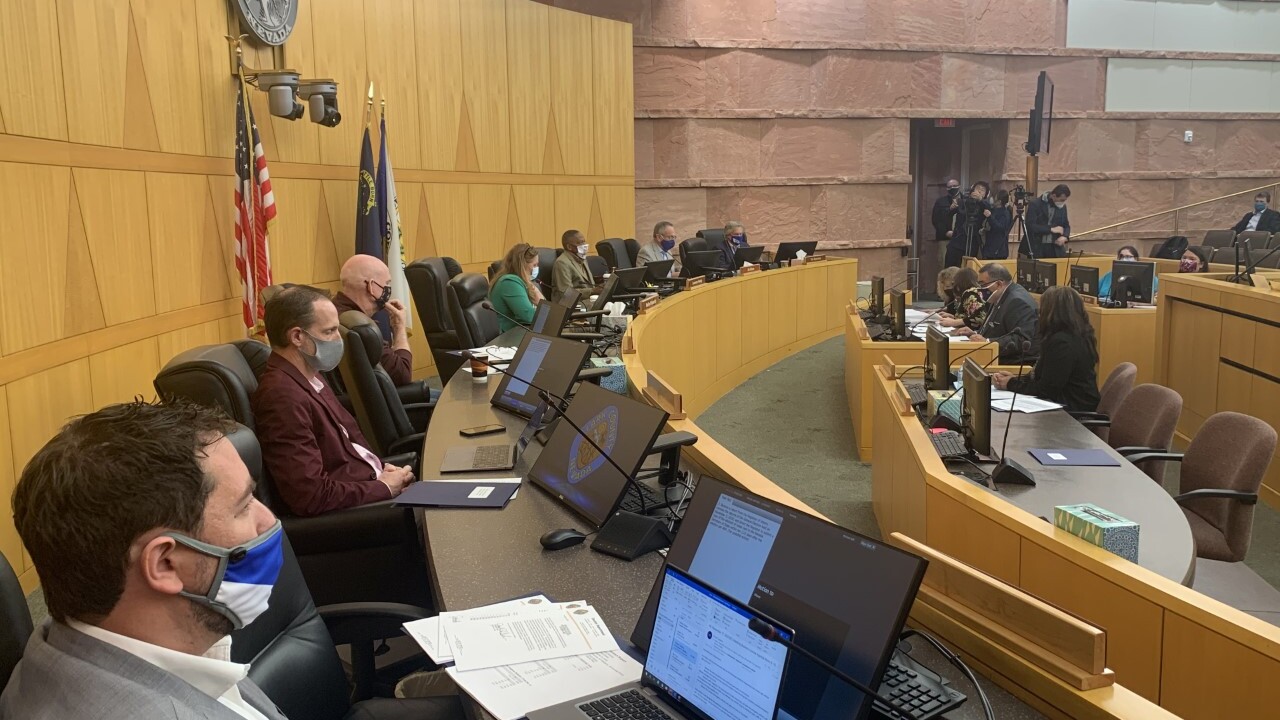 "Give us a sense of what these discrepancies are," asked Clark County Commissioner Jim Gibson to Gloria during a special election canvass meeting.

"I have identified 139 discrepancies and the Commission C race that follow pretty closely to what I described in the canvas documents, it's simply records that were transferred back-and-forth to different responsibilities within the mail process, canceled check-ins, things of that nature that we cannot reconcile," explained Gloria.

A representative for Stavros Anthony's campaign read a letter before the county commission indicating the campaign also had concerns about the election result and listed several unverified claims of voter irregularities.

The Clark County Commissioners instructed Gloria to deliver options for a special election between Ross Miller and Stavros Anthony.

"Big victory moments ago in the State of Nevada. The all Democrat County Commissioner race, on same ballot as President, just thrown out because of large scale voter discrepancy. Clark County officials do not have confidence in their own election security. Major impact!"

A Clark County official replied to the president's tweet:
"This isn't accurate. The @ClarkCountyNV Commission today certified the results in each race except for 1 local race where there was a 10-vote difference & more than 10 discrepancies. The County will hold a special election for that local race alone. Your assertions are not factual"

ORIGINAL STORY: Clark County Commissioners voted to accept the results of the countywide canvass and certify the election, including the Presidential contest -- except in the Commission District C race, where officials discussed the possibility of a special election.

Watch a replay of the special meeting below:

There is one race on the ballot, Commission District C, where Registrar of Voters Joe Gloria says he is not sure if the discrepancies could change the outcome because they surpass the margin of victory. In the District C race between Democrat Ross Miller and Republican Stavros Anthony, Gloria says there are 139 discrepancies. Ross won by a 10-vote margin.

Because re-counting would not change the outcome, officials are considering a special election for that district only. An official told commissioners it is not an uncommon process and usually happens in smaller races, which tend to be close.

A special election most recently happened in 2018 during a Republican primary, the official said.

Election officials gave hypothetical examples of possible discrepancies, saying if someone fails to sign in at a polling location but votes at a machine, then that precinct will be off by one vote. Another example is if a person checks in to vote but doesn't hit the "cast vote" button before they leave, that would also be a discrepancy.

The county might not know who the person is to investigate the discrepancy, officials say, if for example the voter did not sign in.

During the meeting, Gloria reported that of the over 900,000 ballots cast countywide, 936 discrepancies were identified. He also says six voters were identified as voting twice.