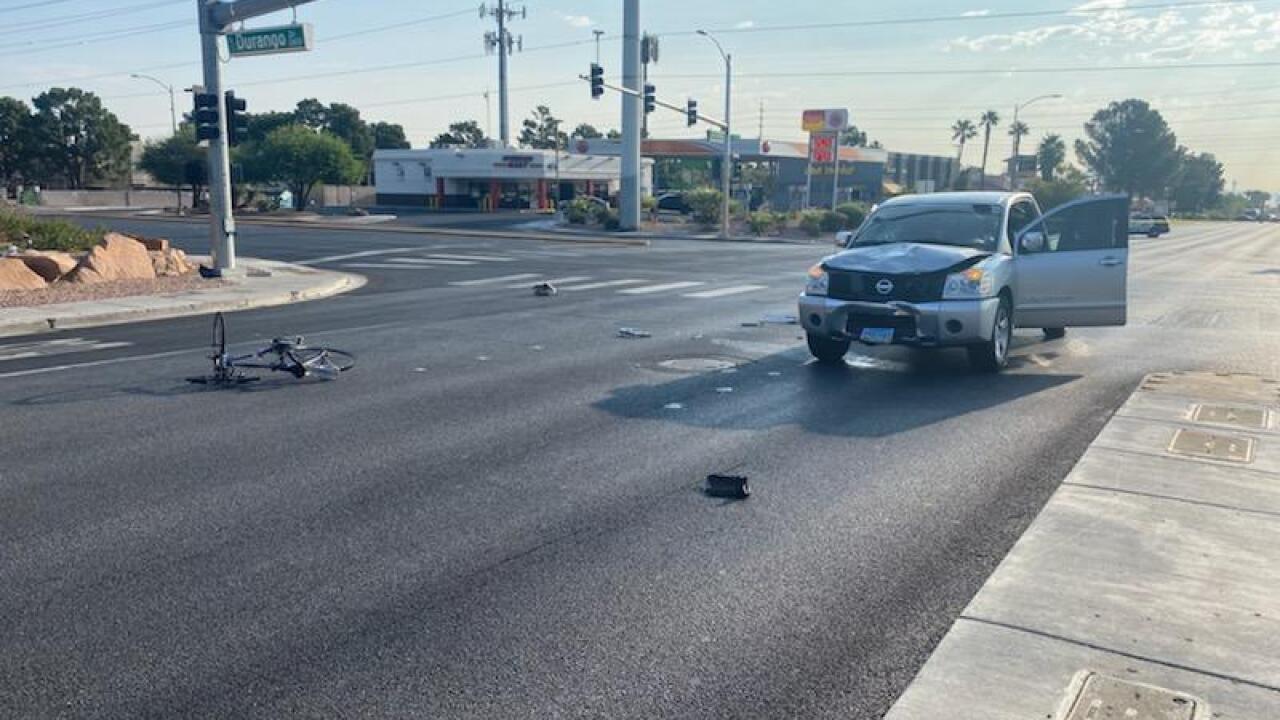 LAS VEGAS (KTNV) — A bike rider is in critical condition after an early morning crash in Las Vegas, according to the police.

Shortly before 7 a.m., police say a person, believed to be impaired, was driving a vehicle that hit someone on a bike crossing the street outside of a marked crosswalk.

The intersection of Durango Drive and Sahara Avenue has reopened as of 11:17 a.m.