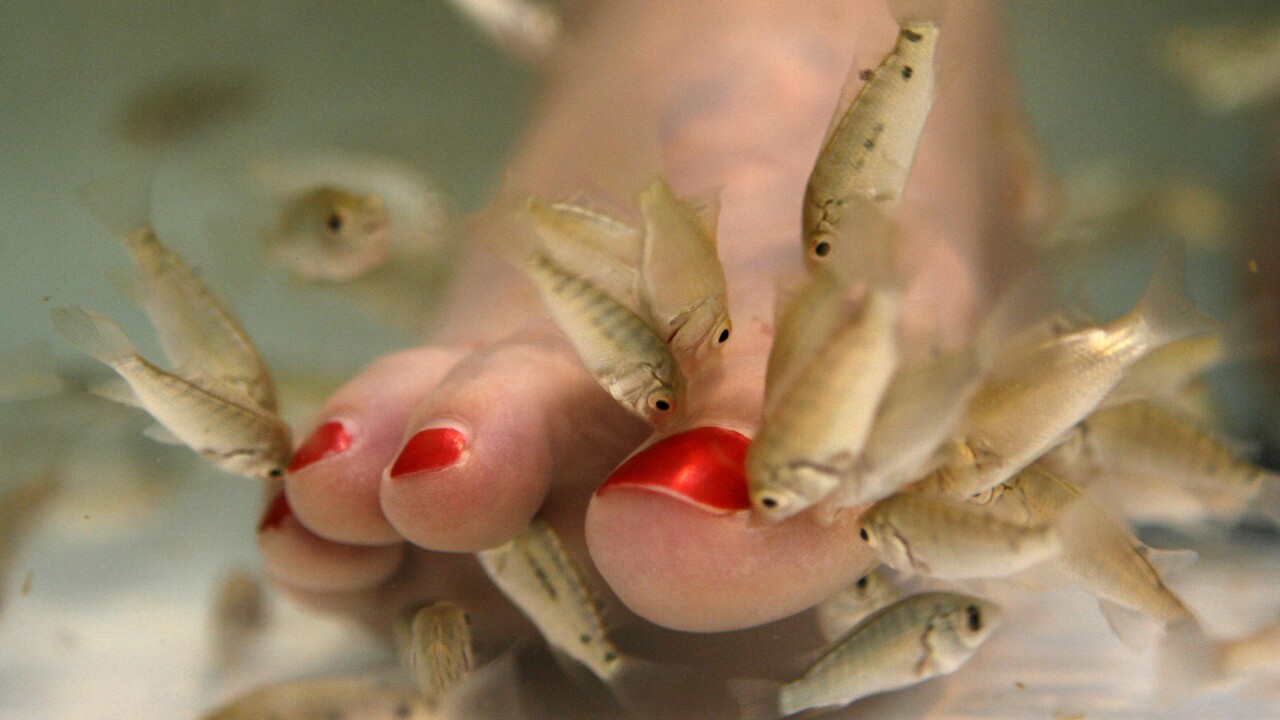 Jacquelyn Martin/AP
In this July 17, 2008 file photo, a woman has her toes nibbled on by a type of carp called garra rufa, or doctor fish, during a fish pedicure treatment at Yvonne Hair and Nails salon in Alexandria, Va.

PETA is also asking for an investigation into their Snorkel with the Stingrays program.

PETA says that any facility at which the public is exposed to water for recreational purposes is required to have such a permit, which includes strict sanitation requirements designed to protect human health. PETA does not believe SeaQuest has the ability to meet the requirements for a permit.

PETA says that fish spas are inherently unsanitary because neither the pools nor the fish can be sterilized between customers, so diseases and fungal infections can easily spread. Accordingly, the Centers for Disease Control and Prevention reports that fish pedicures are illegal in more than 10 states, and are prohibited by the Nevada State Board of Cosmetology at facilities it regulates. Similarly, the "Snorkel With the Stingrays" pool likely cannot meet the SNHD's required water-quality levels for human swimmers without endangering the stingrays, sharks, tropical fish, and other animals in the pool.

Additionally, fish pedicures are inherently cruel, according to PETA. Garra rufa fish, the animals most commonly used, are typically starved so that they'll eat human skin. The government of Turkey has introduced legal protections for them in order to combat overfishing and exploitation driven by the "fish spa" trend.

SeaQuest has been the subject of several stories by 13 Action News, including the recent death of a sloth.

PETA called for a suspension of their license in 2019.