O.J. Simpson threatening to sue Cosmopolitan of Las Vegas for at least $100M over November incident

O.J. Simpson is threatening to sue the Cosmopolitan Las Vegas for at least $100 million over alleged false statements during an incident in November. 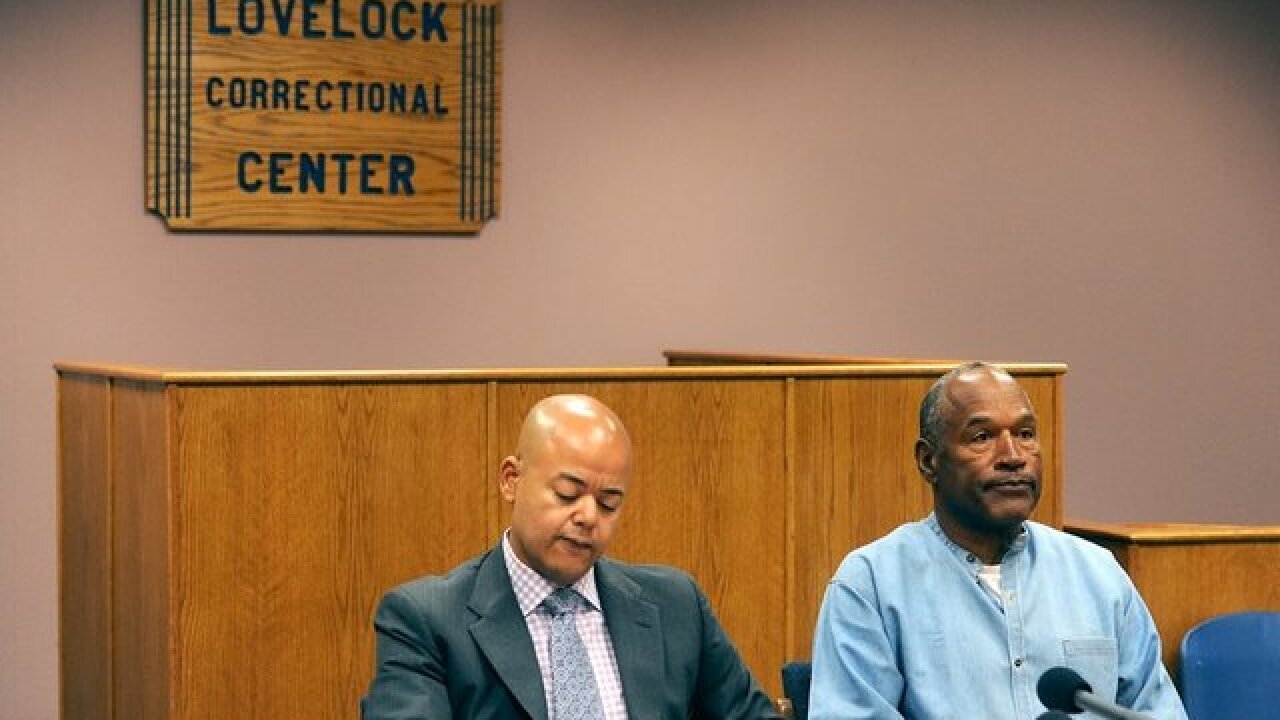 O.J. Simpson is threatening to sue the Cosmopolitan Las Vegas for at least $100 million over alleged false statements during an incident in November.

"Mr. Simpson in the past has taken this approach that if you slap him on one cheek he would just turn the other one.  He basically took it on the chin.  He has been doing it for three decades, since the mid-90s.  His status has changed now," Simpson's attorney Malcolm LaVergne said in reference to the former football star's parole status.

On Nov. 8, just over a month after Simpson was released from a Nevada prison, he was reportedly thrown out of the Cosmopolitan and banned from the property for life after being seen drunk. The Cosmopolitan denied the original report detailing the incident.

Simpson's attorney, Malcolm LaVergne, denied the allegations in November and said hotel-casino had apparently decided before Simpson's visit to trespass him from the property. LaVergne said that after Simpson was notified, he left the hotel-casino quietly.

Two witnesses told 13 Action News that Simpson was not being unruly and one even called him "very nice, very cordial."

#BREAKING Here is the document sent by OJ Simpson's attorney Malcolm Lavergne to the @Cosmopolitan_LV and forwarded to media outlets about his intent to sue. @KTNV pic.twitter.com/bHCQ9vDl15

LaVergne said a letter filed Dec. 29 that the Cosmopolitan casino and its staff, including STK Las Vegas and Clique Bar & Lounge, "acted with malice and racial prejudice."

According to the letter, the Cosmopolitan fraudulently proclaimed that the casino banned Simpson for being drunk and disruptive at the Clique bar, including that he was angry at hotel staff and glasses were broken. In addition, LaVergne said the Cosmopolitan neglected to reverse its decision after casino surveillance footage showed staff made up the story and that staff portrayed Simpson in a false light to damage his parole. As part of his parole, he is limited in how much he can drink.

LaVergne wrote the Cosmopolitan "discriminately singled out Mr. Simpson amongst his non-African American friends and subsequently expelled him for what turned out to be a fake reason."

Simpson's attorney also said if the Cosmopolitan meets terms detailed in the letter, Simpson will likely not sue.

"Now if they do that and say mea culpa.  Mr. Simpson did nothing wrong in the same manner they went out with the big TMZ campaign back in November, okay all's well that ends well," LaVergne said.

“As a matter of company policy, The Cosmopolitan of Las Vegas does not comment on potential litigation.”